Blair & Pickett close in on 1,000 career points as Hoyas try for first home win vs Butler since 2015

Share All sharing options for: GAME THREAD: Butler at Georgetown!

Last meeting: The Hoyas looked to be well on their way to another victory at the always friendly Hinkle Fieldhouse back on Jan. 6 but it was all Butler in the second half in a 63-55 Bulldogs win. Blair and Pickett were the only Hoyas to reach double-figures in a game where Georgetown scored just 21 after halftime.

When asked on Friday if Georgetown had lost it’s post pause momentum after losses to Villanova and Creighton, Jamorko Pickett, Donald Carey, and coach Patrick Ewing all felt like there was still more positive than negative with the Hoyas since their three week in season break.

Well, beating Butler at home for the first time since Isaac Copeland hit a corner 3 and then DSR followed it up by blocking a Roosevelt Jones runner would certainly be a great way to show it. Yes, Georgetown’s last win at home in this series came back in 2015. Since then Butler has won five straight on the Hoyas homecourt including three coming after regulation.

To get back on track Georgetown will need to play more as a team and less as a bunch of individual pieces. Ewing said that the players will have to buy in or they will find themselves on the bench after what he considered to be a very selfish performance last time out.

While Ewing has said the starting line-up could change at any time, it might make sense to go back to Carey. While recent starter Chudier Bile has provided a different energy and done well with more minutes, Carey - who leads the team in 3-point shooting percentage - has struggled to get in a groove with fewer minutes. Ewing needs everyone to contribute not have players step up while others take a step back.

After a three-game losing streak, Butler has bounced back with two wins including an impressive comeback victory over a very hot St. John’s team.

One of the differences from the first meeting for Butler is the addition of guard Bo Hodges. The two-time All-Southern selection at East Tennessee State has played the last four games for the Bulldogs and is averaging 11 points and nine rebounds with three starts.

For a Butler team that struggles to score, Georgetown gave up a ton of points off of turnovers, losing that battle 18-6. That number needs to be closer to 50-50 for the Hoyas to even the season series.

I feel confident that THE game has finally come. It’s time for both Jahvon Blair and Jamorko Pickett to reach the historic century scoring milestone. While they will forever be linked as Georgetown classmates it now looks like they will be cracking the 1,000-point mark in the same game.

I tired pretty hard to see if this sort of thing has happened elsewhere and while it’s likely it has, I couldn’t find an example. It seems really fitting that this duo - that seem so close - will be the first pair of Georgetown classmates to reach this mark since Austin Freeman and Chris Wright did so a decade ago.

If you’d like to learn a bit more about Blair, and I suggest that you do, check out my conversation with the Hoyas senior guard on the most recent Kente Korner in EPISODE 100!

Hoyas improve to 3-2 since the break on an afternoon that Blair and Pickett will never forget.

Mutombo Coffee Flavor of the Morning: 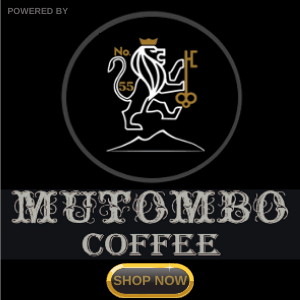