I had some time this afternoon, so I went down to my mom's basement with a sleeve of Oreos and fired up the old Cray 2000 to generate a figure showing Georgetown's home attendance since moving to the Cap Center for the 1981-2 season. The team moved to the MCI Center (now Verizon) for the 1997-8 season.

I decided to take a look at home attendance rather than KenPom rating, NCAA tourney wins, etc. as a crude measure of the financial health of GU basketball. That is, I assume a correlation between fans in the seats and the overall well-being of the program. Feel free to disagree and stop reading.

All data is from the Hoya Basketball History project. A few notes about the data:

Here is a chart of average attendance over the past 36 seasons. 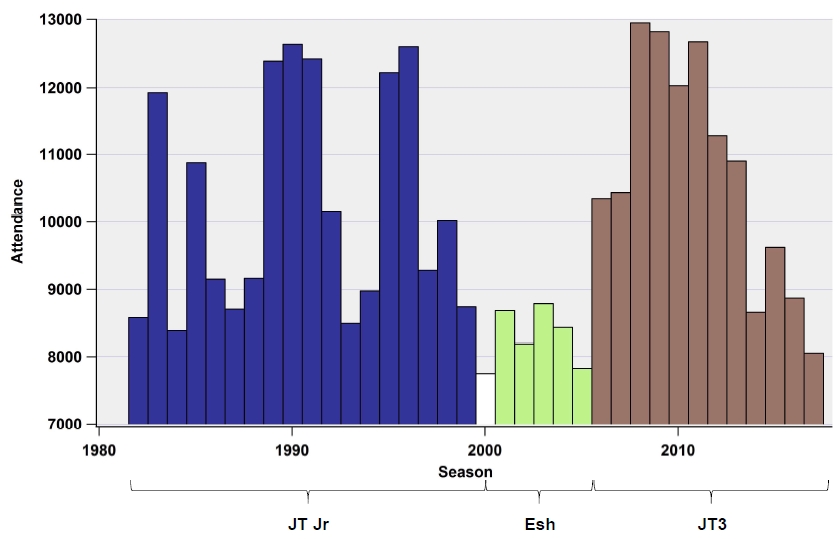 I've color-coded the data by head-coach, with the shared season of John Thompson Jr (JT Jr) and Craig Esherick (Esh) left as white.

To wit, here is the same chart, now with important attendance drivers called out: 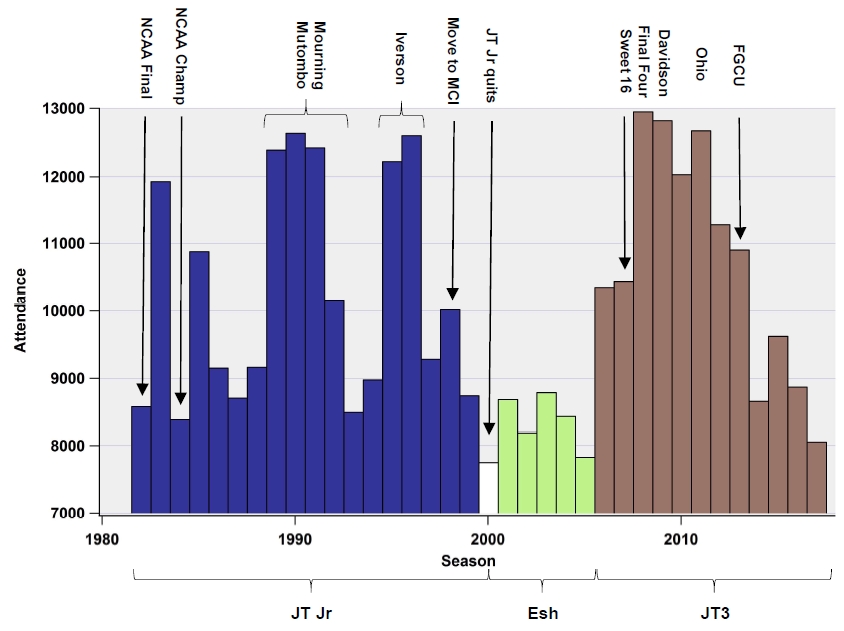 While the general trend is that winning equals fans, there's a bit more going on.

Attendance is somewhat reactive, in that spikes or drops in attendance are, in part, the result of what happened the previous season. Also, big personalities (Ewing, Mourning, Mutombo, Iverson, JT3) help to bring in fans.

But the upset losses in the NCAA tournament had an outsized effect over time:

In fact, we can use the attendance data to describe the performance of the Hoyas under JT3 over the past 10 seasons. Hint: it's not pretty. 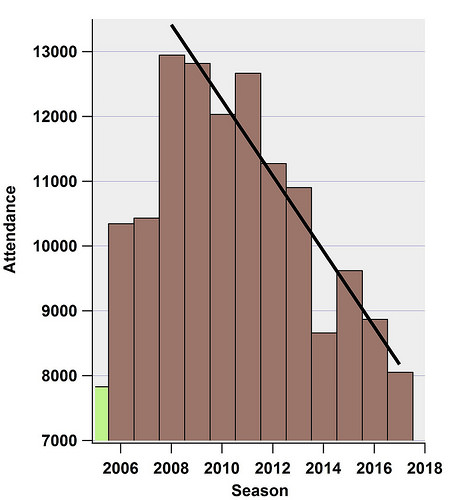 That is not a healthy trend.