The Casual Awards: A New Hope?

Share All sharing options for: The Casual Awards: A New Hope?

Oh, hello.  It's us.  We've missed you.  (Sorry, but Adele is the worst.)  [note:  SwordOfBrunner thinks Adele is just fine, and that the Zac Brown Band is truly the worst] While you were playing SOTU drinking games and mourning the loss of great artists, we were biding our sweet ass time until your FIGHTING HOYAS finally turned on the switch and decided to give us a little something worth writing about.  In advance of a put-your-balls-on-the-floor home contest against that hated team from Philly, we once again celebrate and vilify all of those most deserving.  Away we go...

Before we get started, seriously:  f*ck cancer.

Butler basketball alumnus Andrew Smith lost his battle with it this week at the age of 25.


Holy shit, typing the number 25 just made me incredibly sad all over again.

David Bowie succumbed to it this week at the age of 69.


He led a full, incredible life, arguably one of the most extraordinary lives in the history of ever, and his art influenced multiple generations.  He inspired essays like this:

And yet he's still gone too soon.

If you're reading this after winning the Power Ball, donate to finding a cure here:

Enough is enough.  Our fearless leader has spent the last two months doing his part to help the young ‘uns along.  He's seen a lot of action at the point, he's been the best distributor on the team, and he's been relatively patient with this squad's early season bout of hiccups.  Sure, it's been challenging for him to strike the right balance between facilitator and hero ball.  But Big East play is underway now and my guy D'Vauntes is ready to rock.

All DSR did on Wednesday night was tie his career-high with 33 points and seven boards.  His 33 points are the highest scored by any Big East player this season.  And he just looked so SMOOTH.

Welcome back, DSR.  Sometimes this team just needs you to take over.  And when you do, it's a beautiful thing.

The Paolo Santamaria Award for Tenuous Theories That Make No Sense:

The Hackensack native loves the bright lights (aka the dimmer switch) of MSG and on Wednesday night he delivered once again.  Reminding us all of his gutsy performance against Wisconsin, Cameron poured in a career-high 15 points. Reggie was our best player in a solid first half.  In his first start of the season, Reggie dazzled at the outset with a series of threes, mid-range jumpers and drives to the basket.  When he plays under control and hits shots, he’s a nice piece to this ever-changing puzzle.  Don't try to do too much, #5.  But when it's there, go ahead and take it.

The Realer Than "Real Deal" Holyfield Award for Being the Real Deal:

This one goes out to our injured brother who will unfortunately miss the rest of the season with a sports hernia.  Paul was supposed to be a key contributor on this year’s squad, but injuries have taken their toll and now we’ll be without Real Deal aka The Apostle aka The Natural until next season.  It’s all good, Paul.  Get back healthy and come back better than ever because we’ll need you next year.  No east coast bias here.  We’re better when you’re healthy, Tall Paul.

The Hoyas came close to hitting that mark en masse vs SJU, settling for 52/42/82.  It's always nice when you can hit 27 of 33 foul shots for a very casual 82% from the line.  Kaleb's still a little shaky, and Riyan needs to take advantage of those minutes, but everyone else is looking pretty damn good, especially Jessie Govan (St John's fouled him mercilessly in the paint, he was 0-2 from FG, and 9-10 from FT).

The announcers were so impressed by the array of foreign-sounding names on the Red Storm roster that they nicknamed them the "UN team".  I mean, I get it.  Amar Alibegovic.  Felix Balamou.  Federico Mussini.  Kassoum Yakwe.  Ron Mvouika.  So many international players!  How impressive!

Look, we've been here before.  We played Eastern Washington last year and everyone was so impressed with their super-international roster too.  It means nothing to us.  Because, once again, when it comes to Model UN, Georgetown wins all of the awards.  ALL OF THEM.

The Welcome Back, Kotter Award:

Welcome back, Lil’ Tre.  We’ve missed you.  Contributing a season-high 12 points, our favorite MOCKING-TRE finally looked like his old self.  He connected on both of his three-point attempts and actually took the ball hard to the basket on occasion.  It was a welcome sight, my man.  Loved the fire in your belly.  We don’t need you to score 30 a game, we just need you to contribute in a meaningful way.  I’ll take this performance every damn night, young fella.

The Dapper Dan Man Award for Having Tremendous Hair:

Amar Alibegovic. A year has gone by, but Alibegovic's hair is no less impressive.  The dude's "flop of seagulls" hairstyle reminds me of Vanilla Ice's old ‘do.  It's nothing short of incredible.  Alibegovic is from Corvallis, Rome and Bosnia.  His roots are reflected in his hair: it's like a grungy Slavic delight.  I wonder if he prefers hair spray, gel or the people's choice: DAPPER DAN POMADE, FTW.

The Benito Mussolini Award for Having a Name That Sounds Like The Name of Our Favorite Italian Fascist Dictator Award: 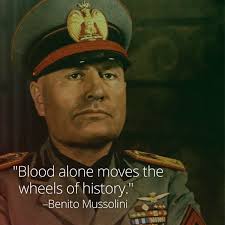 Is this a little racist?  Probably, but we're about to step into Trump's America, so deal with it.

The Mariano Rivera Award for Being the Best Damn Closer:

He closed out our win against Marquette by hitting some big shots.  And he did it again against DePaul by getting to the line and making (most of) his throws.  We didn't need him at the end of the STJ game because he had already closed that shit out midway through the second half.

It's been a long and frustrating season thus far for John Thompson Jr.'s son, but let's finally give him a little bit of credit.  At long last, he adjusted the lineup and mixed things up against the Johnnies.  I loved the mixing and matching.  He put Reggie in the starting lineup (albeit because of the MD injury), allowed Mourning and Riyan Williams to see extended minutes, and even went long stretches without either Bradley or Govan on the floor.  On the defensive end, our rotations were better and we went to the full court press a bit more often than usual.  DSR always had at least one other ball handler on the court (which allowed him to stay rested and play off the ball more regularly) and our guys seemed to look for transition whenever they had a chance.

People have criticized JTIII for over a month now (SwordOfBrunner note:  closer to a decade).  This was only a win against the worst team in the Big East, but let's at least give a tip of the cap.  Small steps, to be sure.  But we finally looked good.  And it was nice, y'know?

It's getting a little ridiculous at this point.  Just like Josh Smith, L.J. commits little touch fouls far away from the basket and then smiles that same old smile.  The thing is, while most of his fouls are of the ticky-tack variety, THEY'RE STILL FOULS.  We were lucky we didn't need L.J. against the Johnnies.  He scored ZERO points, had a couple of out of control drives to the basket and was in constant foul trouble, but not all teams will be as terrible as St. John's.

Peak was an invaluable contributor in the first half of our home game against DePaul.  And quite often, he provides the sort of aggression this team desperately needs.  But if he can't stay on the court, he can't help us.  Gotta be smarter, my dude.

The Patrick Bateman Award for Being a Big City Investment Banker: 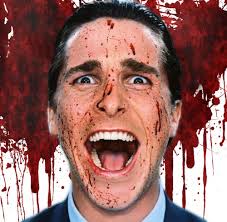 It was great to see Thundersnow sitting behind the bench in his dapper suit.  He's straight up murdering people on Wall Street.  And we assume he probably has really fancy business cards.

[SwordOfBrunner note:  while on the topic of movies involving Wall Street, The Big Short is faaaaantastic]

We write this column when we feel like it.  If the team is playing crappy and no one deserves an award, then just deal with it.  We thought about handing out casual demerits, but (1) we prefer to express our self-loathing in private (or in SwordOfBrunner's case, hammering poorly written essays about basketball); (2) we don't feel like shitting on a bunch of kids in college for not living up to our standards; and (3) the rest of Hoya Nation has done enough kvetching to last for years.

The Diabetes Award for Weekend Gluttony:

Check out Fuku in the East Village.  David Chang’s casual little fried chicken joint is a welcome addition to his kingdom of East Asian eats.  Try the fried chicken sandwich with some Korean chili oil and a side of spicy wedge fries. You won’t be disappointed.


Look, I know it's been a long and difficult season. We've had tragic and unforgivable losses, injuries, sluggish play, questionable decisions, and a whole lot of other nonsense. It's been the worst regular season in the JTIII era. And we've played a lot of crappy games. We'll be fortunate, at this rate, to go to the NIT. Jay Bilas just put together his list of the top 68 teams in the country and we weren't even on it.

But, at the end of the day, we're still alive. We may have a bunch of warts, and we don't exactly scare anyone right now, but we're 4-1 in the conference and will be playing on Saturday for a chance to move into a tie for first place. We may have played the softest schedule in the Big East to date, but once again, we're still alive. This team ain't dead yet. In 2013, we were 2-3 in the conference and had just suffered a blowout home loss to Pittsburgh and a devastating loss to South Florida. Greg Whittington would never play again. All hope was lost. We responded by blowing out Notre Dame at their place and waltzing through the conference en route to a regular season championship.

So, basically, let's all take a deep breath and see what happens. We could, and probably should, lose to Nova this weekend by double digits. But we're still alive. We've got nothing to lose. And no matter how bad we've played, no damn team in this conference is looking forward to playing us.

Dedicated to Andrew Smith, David Bowie, and whoever else has battled cancer and lost.