The 2008 Belmont Stakes: A Look Back at Big Brown's Run for Triple Crown Glory

Share All sharing options for: The 2008 Belmont Stakes: A Look Back at Big Brown's Run for Triple Crown Glory

With a chance to witness horse racing history just a short train ride out of Manhattan away, my decision to head to Belmont Park in scenic Elmont, NY to see Big Brown attempt to win the Triple Crown in 2008 was a no-brainer.  Even though Big Brown ended up flopping in majestic fashion and spending nearly seven hours in the sweltering heat and humidity wasn't exactly a comfortable experience, with California Chrome now attempting to win horse racing's most prestigious and elusive prize I returned to The Casual Documentation Vault in order to re-live some of the memories. Today, I share the documentation from that fateful day in June 2008 with you.

As a bonus, check out the comments section for some pics of Triple Crown winner SECRETARIAT at the Wood Memorial and Gotham Stakes in 1973. 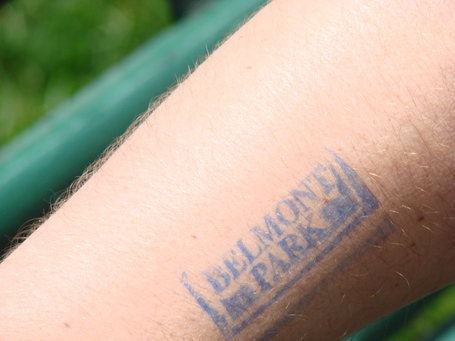 Belmont Park was stamped on our arms.  After roughly 5 minutes outside these stamps vanished in pools of sweat. 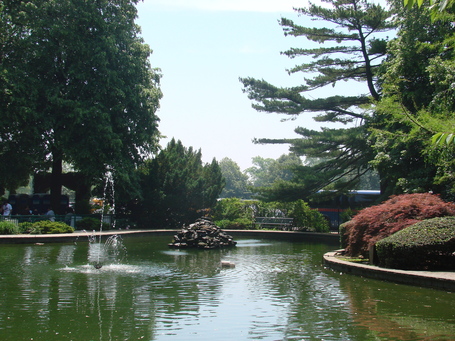 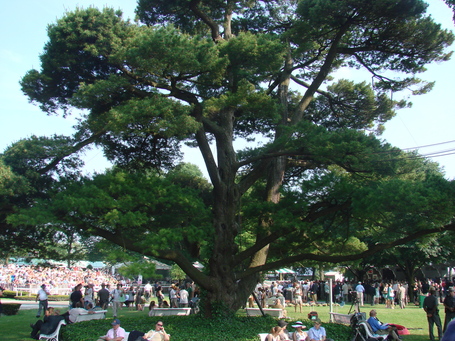 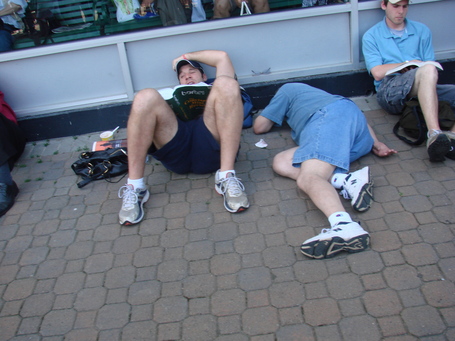 These bros decided to spend the downtime before the race studying for the NY Bar Exam. There's no telling what these guys are doing now, especially the dude in the middle. 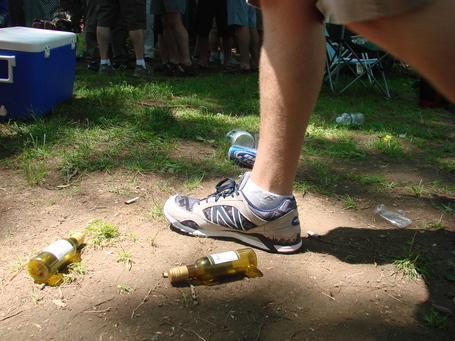 If you're not drinking mini-bottles of white wine on the grounds of Belmont Park before a Triple Crown attempt, then I don't want to know you. 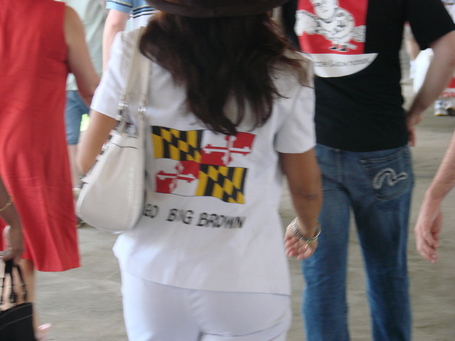 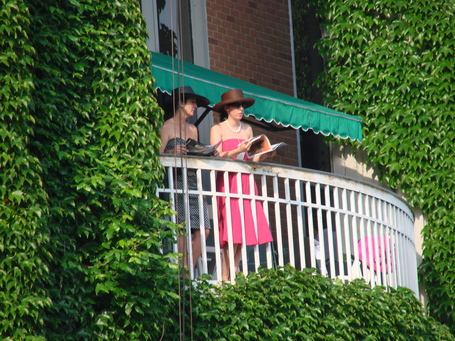 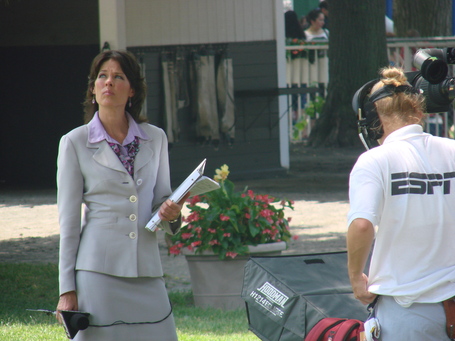 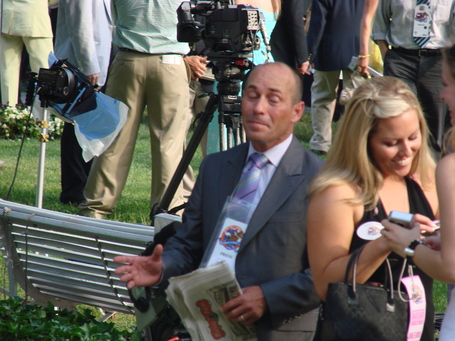 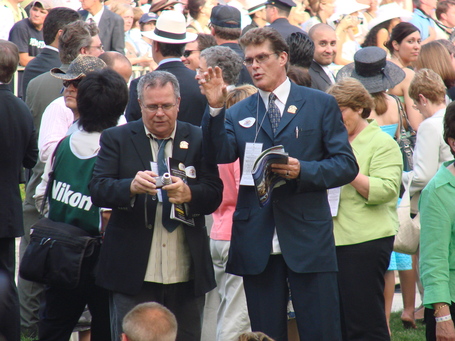 DAVID HASSELHOFF WAS THERE. 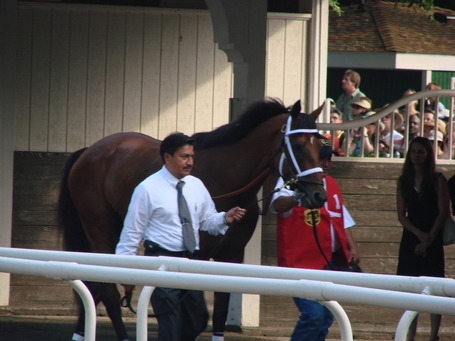 Our first glimpse of Big Brown. 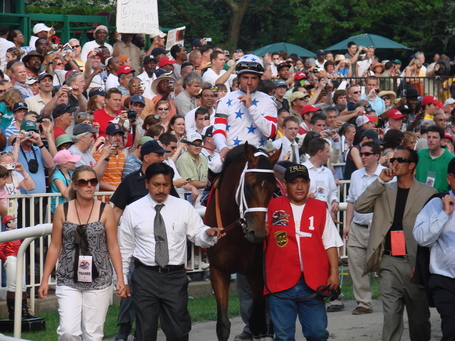 Kent Desormeaux trying to get the crowd to quiet down so as not to disturb Big Brown. 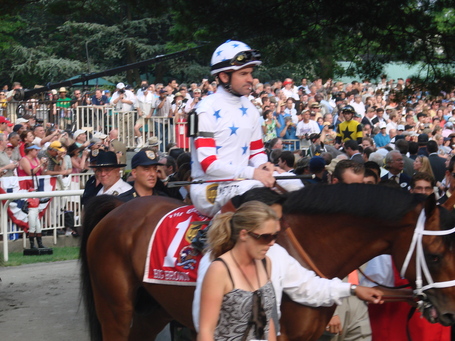 I got pretty close to Big Brown, pretty sure he's sizing me up in this pic. 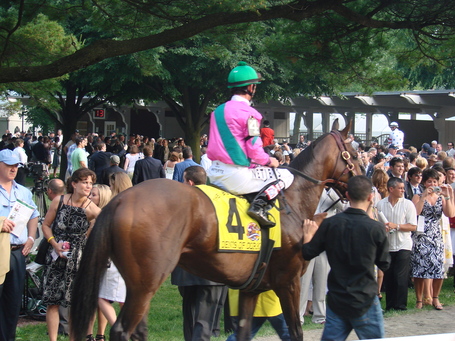 Eventual 2nd place finisher Denis of Cork!  This horse helped make a lot of people money that day.  The trifecta paid nearly $4K and the super was nearly $50K.  Interestingly, there was a dead-heat for 3rd and 4th place in this race. 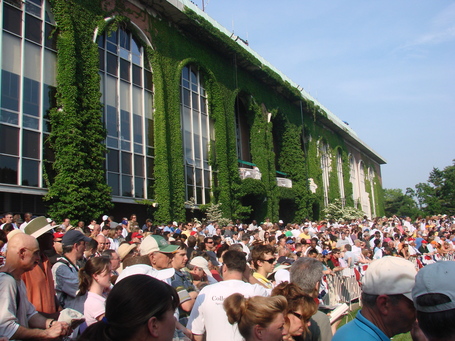 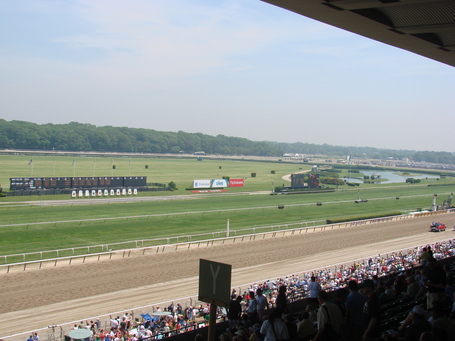 After sprinting from the paddock area after Big Brown paraded by us, I got to my seat in time for the post parade and race. 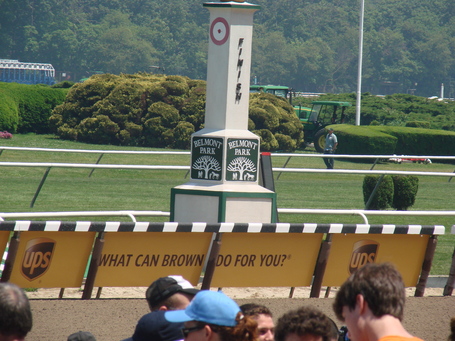 Potentially brilliant move by UPS at the finish line. 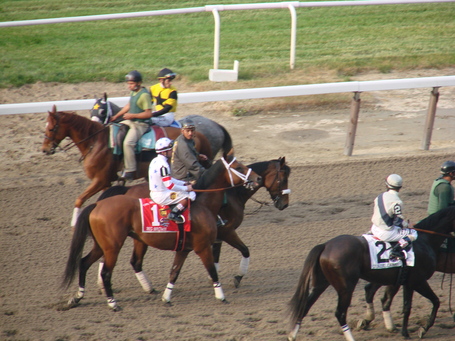 Big Brown right before the race. 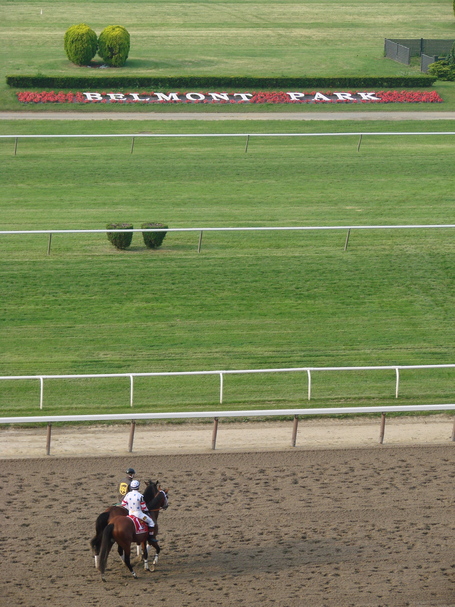 The stage was set for history at Belmont. 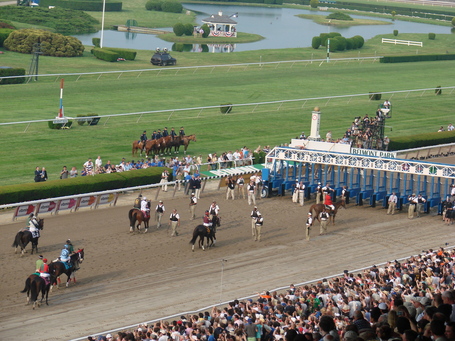 The field for the 2008 Belmont enters the gates...

My video of the race as it transpired from my casual vantage point.

And that was that.

As you saw, Big Brown was in a perfect spot stalking the leaders in the long and punishing Belmont backstretch.  The crowd roared in unison hoping to see what we all did in the Derby and Preakness that year - Big Brown asserting himself at the top of the stretch and putting away his competition down the stretch.  But on that sweltering day in June, when he was asked to give a little more (at around the 1:40 mark in the video), he simply stopped running and was eventually pulled up.  Though most were disappointed, you can hear a vocal minority in that clip cheering their brains out as they clearly bet against the horse winning the Triple Crown.

Not pictured immediately following the race was the horrific crushing swarm of nearly 100,000 humans trying to catch the LIRR trains back to NYC.  We ran faster than Big Brown did that day to be on those first wave of trains hurtling towards the Manhattan skyline, and suffered alongside people drenched in sweat and loss in trains with scant air conditioning.

Of course, those wise enough to bet against witnessing a Triple Crown probably returned to Manhattan in limos and drenched in champagne and the wonderful odor of victory.