Share All sharing options for: Report: Trey Mourning to Enroll at Georgetown

Per a source, Trey Mourning, the son of Georgetown legend Alonzo Mourning, will enroll Georgetown.  At this time it is unclear whether Mourning will get one of Georgetown's two available open scholarships next season or whether he will join the team as a walk-on, but from what I am hearing from a source that may or may not be right is that he is enrolling at the school.

Georgetown's scholarship picture will become less cloudy once the staff has made decisions regarding a number of possible transfers thinking about coming to Georgetown, including 7-footer John Egbunu (USF) and point guards Larry Austin (Tennessee) and Roddy Peters (Maryland).  Mourning, a 6'9" power forward from Miami, is an unranked 3-star prospect, and based on the below appears to have good footwork in the post, surprising range on the perimeter and solid shot-blocking skills.

Given Alonzo's bond with John Thompson and his place on the school's Board of Directors, Trey was a logical fit to follow in the footsteps of his father.  His decision to attend the school took a bit longer than expected, likely due to Trey's concerns about following in his father's extremely large shoes.  Trey now joins the sons of other Hoya legends Patrick Ewing (Patrick Ewing, Jr.) and Reggie Williams (Riyan Williams) to wear the Blue and Gray.

Welcome to the Hilltop, Trey Mourning. 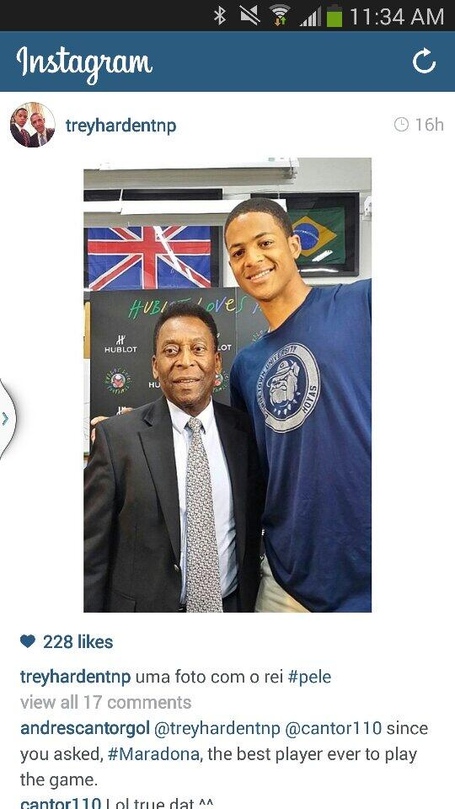