Well, it all comes down to this. Georgetown and Villanova, the two marquee programs in the Big East, doing battle in the regular season finale with mondo NCAA Tournament stakes on the line. Here to answer some casual questions for Villanova are our newest frenemies at VU Hoops, your source for all things Villanova on the internet. Let's do this, shall we?

Congrats on the regular season Big East title! How does it feel?

Hanging a banner and putting a trophy in a display case are pretty much what everyone is here for, right? Having a great season would feel a little empty if you did it without getting a souvenir.

Georgetown needs this win badly. Is there any part of your dark heart that actually wants the Hoyas to win so another Big East team can make the Tournament? Any part at all?

None. Didn't you guys just beat Creighton? Isn't that enough? Next time, don't have a five-game losing streak.

At the end of the day, though, yes I'd like to see Georgetown make the NCAA Tournament field. If the Big East could get all 10 teams in, I'd be for it. The only way to prove the strength of the new Big East is to do it in March.

Given that this is the Big East regular season finale, give me your Big East Player of the Year, Rookie of the Year, Coach of the Year and All-Big East First Team.

I will risk homerism accusations to give Coach of the Year to Jay Wright. It is impossible to argue with what Villanova has accomplished this season, dramatically outperforming every pre-season expectation. The Wildcats have played their best offense of the Jay Wright era, according to the KenPom machine and they have a top-20 rated defense as well.

My All-Big East First Team would be: Doug McDermott, James Bell, Bryce Cotton, Semaj Christon and D'Angelo Harrison. That, of course, assumes that we're not doing that wonky thing where the Big East has six players on the First Team...

Let's say you roll into a McDonald's drive-thru. What's your order?

I really wanted to drop a recruiting reference here, but Villanova's not getting a McDonald's All-American this year. I guess I'll go with a Double Quarter-Pounder with cheese and a large fries. 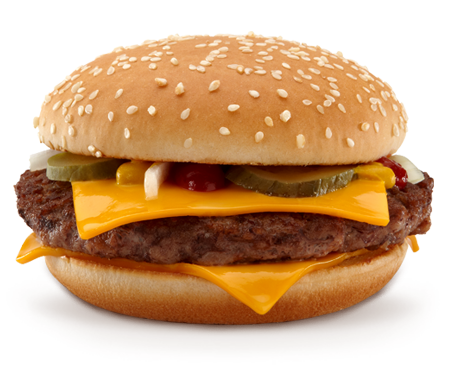 Why does VUHoops dedicate so much time to covering your football team? Do you think that the more posts you dedicate to it that it will somehow become a real thing?

It's a real thing. Villanova football won a damned NCAA Division I National Championship, you guys, and they produce guys like Brian Westbrook and Howie Long, who make alums happy by mentioning alma mater during NFL broadcasts and such.

Is Scottie Reynolds out for the game on Saturday?

Last I heard, he's out indefinitely.

Let's talk NCAA Tournament for un momento. Give me the argument for why you think Villanova deserves a 1 seed.

Villanova hasn't picked up a terrible, awful, no-good, very-bad loss this season. Also, everybody else decided to go on a losing streak. So, basically, a high RPI and not-screwing-up could put Villanova in as a 1-seed, and we'd all be okay with that.

Who do you think makes the Final Four and which team cuts down the nets in Dallas?

What did you think of The Oscars?

Was I supposed to watch that? I don't think I've watched an awards show in at least 8 years, but I hear Ellen took a really sweet selfie.

If you had to pick one player on Nova that the Hoyas need to shut down in order to win, who is it and why?

There isn't one, and that's how Villanova has been so good this season. They pass the ball around on offense and go hard on defense. James Bell is the guy you'd double-up if you had to double up somebody, but you're just going to open things up for Darrun Hilliard, who shots almost 41% from deep, and hell, if nobody is covering him, Ryan Arcidiacono can knock a few down as well (and let the record show, Henry Lowe is PERFECT from beyond the arc).

The 'Cats also score well inside, with JayVaughn Pinkston being pretty effective, and Daniel Ochefu put up 12 points against Georgetown already this season. This isn't the Scottie Reynolds offense of 2009-10, Villanova is going to go to a few different options to find their shot or draw a foul.