Sleeping with the Enemy: The Bulldogs of Butler

Share All sharing options for: Sleeping with the Enemy: The Bulldogs of Butler

Your Fighting Hoyas of Georgetown return home for a battle against the Butler Bulldogs and as usual we here at THE GLOBAL PHENOMENON are bringing you everything you need to know about Georgetown's next opponent.  Here with us again is our best blog buddy at Victory Firelight, your trusted source for all things Butler on the internet. Let's do this! Oh, and after the game we'll see you at The 5th Annual Casual Extravaganza!

It's been just over a month since we last met. How have you been? 2014 treating you well?

Well, thanks for asking. Feel like old pals. I assume you are asking about me personally, not in relation to Butler hoops? Those two things are mutually exclusive at the moment. The day job is going great so far in 2014, plus five days in Mexico is on the horizon. Life could be worse.

Butler has struggled in its 1st year in the Big East, limping to a 12-10 record overall and 2-8 in the Conference. Do you think this is just a down year or are you worried deep down in places you can't talk about that this is really the future?

Oh boy...coming early with the heavy stuff. It's hard to put on paper, but frankly, those unmentionable dark places of worry have taken root where most wouldn't dare venture. Typically, I'm not one to overreact or make snap judgments based on one lowly season or a string of discouraging games. However, I certainly don't think it's a stretch to wonder about Butler's future in this league. As I mentioned last time, the program in the short term bit off more than it could chew in terms of being on a level playing field with its new foes. Overall, recruiting hasn't been encouraging in a way that gives hope about the near future. Butler needs size and length in a bad, bad way. Losing only makes it tougher to recruit (duh), and compounding that with the fact that it's already a unique program to recruit to, there's potential things could be bleak for the foreseeable future. Gulp.

Whose play for Butler has been a bright spot this season?

The immediate answer is freshman Andrew Chrabascz. Although undersized in the post, his footwork and nose for the ball (among other traits) have been a very pleasant surprise for a rookie. He's one of those types of guys Butler fans love to cling on to. His recent insertion into the starting lineup was overdue, and senior Erik Fromm has taken the demotion in a mature manner.

Roy Hibbert attended the game at Hinkle and was cheering on the Hoyas from the front row. In the pantheon of current athletes in Indianapolis, where does Hibbert rank?

You probably don't want to hear this, but while Hibbert certainly has a sizeable fan club (and even has his own section at Bankers Life Fieldhouse, Area 55), he doesn't rank all that high on the Indianapolis totem poll. He's probably third in line on his own team behind Paul George and David West, although you could form an argument with the latter. In the bigger picture, several Colts players - Andrew Luck, Reggie Wayne, the ghost of Peyton Manning, etc. - all easily rank ahead of Hibbert. So, of strictly current athletes, Hibbert is maybe No. 6 or 7?

I hear that Blue III is making the trip to DC for the game. Are you a dog person or a cat person and why?

Umm...dogs. Definitely dogs. But what if I had said cats? That would get awkward. And yes, Blue III tends to get around (for lack of a better way to put it.) Hope you guys will have a bone ready for him. 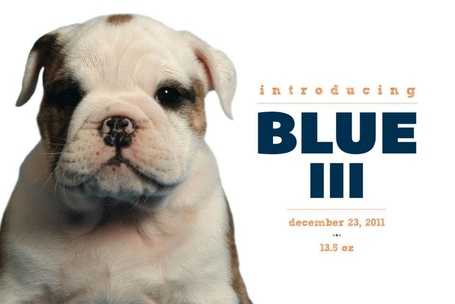 Hate it when I can't get my clothes out of the dryer IMMEDIATELY after they are done. I plan my laundry around it. When the dryer cycle is done and clothes sit in there to become wrinkled, it's like I'd rather just put them through the laundry again at that point. Drives me nuts. I don't have any desire to iron, nor do I own an iron. Downy Wrinkle Release spray and non-iron dress shirts are the two greatest inventions for the American male. That or a sweetheart of a wife who doesn't mind taking care of it for you.

With just over a month left to play, name the teams from the Big East that make the NCAA and further, any of them that make the Sweet 16 or beyond.

I'm tempted to say only Villanova and Creighton make the tourney, but that's only because the rest of the league (from 3-8) is a mess of coin flips the rest of the way. I don't like the way the schedule sets up at all for Xavier and Providence down the stretch, but one of those two will make it. If the Friars win on the road at Xavier on Saturday, it will be them. And I think St. John's (with five of final eight games at home) will continue its run and sneak in. So...the top two, plus Providence and SJU will make the field. Creighton and Nova will both make the second weekend of the tourney.

Scale of 1-10, how excited are you for the Winter Olympics?

Put me at about a 4. I love the hockey, but that's about it. Never been much of an Olympic fan, especially when you're not watching most of it live on TV.

The Hoyas will win this one at home, but it won't be pretty. Georgetown 66, Butler 60.