Share All sharing options for: The Casual Awards: Hope Survives

Welcome back to The Casual Awards!  It's been awhile since I've had the chance (read: time or fucking desire) to churn out a batch of Awards, so let's shake off the rust and get down to bidness!  We're back!

The Chris Wright Heart of a Champion Award:
Markel Starks! Starks gets this award and probably will get it from here until he plays his last game as a Hoya in the National Championship on April 7th.  The backbone of this Hoyas team and the key to our collective sanity over the course of the next two months, our biggest challenge here at THE GLOBAL PHENOMENON is to find a Casual Award that can suitably be named in his honor next season, as I don't think I can re-name this one.  Honorable mention here goes to fellow senior Nate Lubick, who even though he has been the bane of my existence for the majority of the season and haunts my dreams, deserves rose petals thrust in front of his steps for his performance against Michigan State in what could be the turning point of our season.

Peter Gene Hernandez Award:
You have to wonder if there is anyone out there who was born with the name Bruno Mars who then changed his name to Peter Gene Hernandez.  Nice job on the Super Bowl halftime show, I guess.  I'm still not sure how the NFL has that game in NY/NJ and doesn't get Bruce, Jovi or even Billy to rock out for 12 minutes, but whatever.

Big Man U. Award:
You name one other team in the entire country who has three big men that can foul out against DePaul and I will give you a crisp $100 bill.

Time Zone Award:
Here are the rankings of the most casual time zones and it is not in dispute: 1) Central, 2) Mountain, 3) West Coast, 4) Eastern.  If you would like to suggest otherwise you may do so in comments but you better come strong or I will vanquish you. 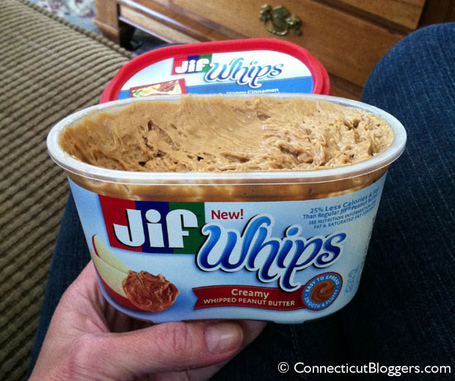 Lord Voldemort Award:
Don't mean to throw water on the raging Go Hoyas fire but once the joy from the MSU win wears off we still face the crushing reality that the Hoyas are depending on a lot of spare parts to play big minutes in order to save the season.  If the Hoyas make the Dance with this roster, JT3 deserves a statue.

Hey, Shut Up Man the Hoyas are Awesome Award:
Yay! This Hoyas team's lack of talent is more than made up by its fight and heart, two ingredients which has at least made these games watchable.  Unlike in years past when the team was plagued with guys who looked like they didn't give a shit (hello, DaJuan Summers!), these guys clearly care.  It's nice being scrappy underdogs for the first time in awhile.

Yeah But Scrappy Underdogs with Not a Lot of Talent Rarely Win Games in March Award:
We'll cross that bridge when we get to it.

Game That Terrifies Me On The Remaining Schedule Award:
Every game terrifies me, but especially February 20th at Seton Hall.

Gtown absolutely killin the game with those jerseys

Bravo Award:
It's been a few weeks since we've had a chance to check in on the gang over in Vanderpump Rules so let's get caught up with all the action! Basically, we've missed nothing!  Jax is still pining for Stassi (who is getting more and more attractive, by the way) and seems to have no problem throwing his other friends under the bus.  The latest victim is Tom, the male half of the dysfunctional Tom-Kristen relationship, who has cheated on Kristen hundreds of times yet has somehow gotten away with it because Kristen is in denial and/or insane and/or likely both and oh by the way slept with Jax! Tremendous!  I hate all of these people yet I love all of these people and when I head out to L.A. in May you can bet your bottom dollar that I'll be heading over to Sur to see what's up. Oh, mazel tov to Scheana and her boyfriend (who really outkicked his coverage) on their recent engagement, though for all I know that is fake. Bravo is the best.  Wait, except for that new show ‘Toned Up' which is ghastly and I hope those two get eaten by sharks.

Hope Survives Award:
The Hoyas are alive and kickin'!  The 13-9 (4-6) record blows goats, but the resume is impressive with wins over Kansas State, VCU and Michigan State.  Just thinking about how close we were to beating Marquette and Villanova has me hate-fucking myself but we have to move on and focus on the road ahead.  8 games left, must absolutely get 5+ wins including resume-building win(s) over Xavier (home), or Creighton (home) or Villanova (away).  I really think 18 wins and a .500 record heading into the BET would get the Hoyas on the right side of the Bubble, and 1 win in the BET (assuming the loss isn't a blowout) should do the trick for at least a 12 seed.  I may also be insane, but you already know that as otherwise why would anyone spend so much of his time on a damn Hoyas blog.

Dickie V Award:
If you ever have the chance to catch another game on FS1 with Eric Collins handling the play-by-play and Stephen Bardo serving as the color analyst, do yourself a favor and tune in! Or, even better, douse yourself in kerosene and light yourself on fire.

New York's College Team Award:
Man, I love when we play at the Garden.  The combination of the dimmer switch, the PA announcer, the crowd that can come alive and get so loud so fast, the big stage in NYC, the expensive beers that come with a pretzel stick - it's really the best.

Jabril Trawick's Dunk of Destiny Award:
Jabril Trawick! The dunk was the style but the substance was really just moments prior on that putback that kept Georgetown's head above water in a game that was slowly (but most definitely surely) slipping away in the final minutes. I can't stop watching this by the way. Gus Johnson's "Trawick, ahead of the field! BAAAAAAAAAAAAAAAAAAAAANG call is great." Frankly it's just nice that we finally gave Gus something to cheer about.

Unsung Heroes Award:
The much maligned Georgetown students section has been excellent this year in Big East play.  Not sure whether it's the effort of Hoya Blue or just an admissions committee that finally stopped allowing gimps to enroll, but kudos.  Looking forward to the Gray Out on Saturday.

Manning Face Award:
Poor Peyton.  I mean, not really, but still this is pretty funny.

Hydration Award:
I've made it a goal to have at least 60 oz. of water each day.  The combination of increased water intake plus the daily tablespoon of chia seeds has basically turned me into the world's most efficient bowel movement marvel.

The Jim Nantz Award for In-Game Commentary:
Close to 850 comments for a DePaul game?  Nice work.

Taking my kid to the game tonight

He’ll be exhausted in the morning, but some games are more important than school.

feast your eyes upon the eighth wonder of the world

friend and i made this last night. had leftovers for lunch and dinner and i still have enough for lunch tomorrow..so glorious.

Only have about a third of it left

Shouldn’t take too much effort to finish it off If I had a dollar for every time announcers seem to pronounce our player's names wrong....

See you guys for the next away game thread

will carry us to the national championship. #believe

There is no such thing as the Princeton Offense

or the Prince-town Offense or the Georgetown Offense. There is only the Markel Starks offense.

this makes me sad

If this Moses had been leading my people out of Egypt

he would have tripped on a rock, dropped his staff, and drowned all the Hebrews in the Red Sea

Is the same team that just beat #7 MSU?

To shoot two on the line or buzzer beater shot?

Do we have the lead?

time to ponder the unponderable? fuck.

FS1 has created the need for a new Casual Award

To honor the announcers’ worst line of the game

Are you pondering what I'm pondering? We have a winning streak

Casual Traveler Award:
Me!  I'll be leaving the casual confines of New Orleans and heading up to DC on Friday for this weekend's Winter Homecoming festivities which include the game against Butler and OH MY GOD THE 5TH ANNUAL CASUAL EXTRAVAFUCKINGANZA!  Full details on "CXV" tomorrow!