Sleeping with the Enemy: The Johnnies

Share All sharing options for: Sleeping with the Enemy: The Johnnies

Your Fighting Hoyas of Georgetown get set to do battle with Big East rival St. John's and as usual we here at THE GLOBAL PHENOMENON are bringing you everything you need to know about Georgetown's next opponent.  Here with us to dish on all things St. John's is our jovial Johnnies buddy Rumble in the Garden.  Let's do this!

The Hoyas are hot. The Johnnies are hot. How does it feel to be hot?

Really, it's hard to define hotness on the Kate Upton scale or the Idris Elba scale when it comes to Big East teams - there are a lot of squads where an involved observer has to stop and say to their Twitter friends - after wiping the cheetos off of their underwear in their basement and telling mom* that the involved observer is totally engrossed in the game and could she get another Miller High Life for involved observer - that the Big East is either filled with the magic of Parity or the slush of Mediocrity.

* Dad could totally answer the request too. No shade, pops.

If you take a look at the results, the Johnnies are really just a few baskets here and there from rolling into this game on a 9-game winning streak. What exactly has been the key to the turnaround for you after the blowout loss to the Hoyas?

Steve Lavin seems to indicate that the turnaround was the lessons learned against the Hoyas the first time, where Lavin started a walk-on Khadim Ndiaye (who is the embodiment of practice effort) in an attempt to light a fire under the sedentary ass of his recruited players. Lavin yelled a great many things, and seemed frustrated; but he and the team figured things out and have... done enough to win.

Also helpful: defense. The Red Storm's defense has improved, with the team playing much more (almost exclusively?) man-to-man. It took them a while to play it well, but the games have featured stretches of lockdown defense that power the wins. Chris Obekpa also has bought the point guards enough pop tarts that they start to look for him inside, and he has subsequently found the joy that comes with the in-game dunk.

It's not all rainbows; the close loss at Creighton came on an incredible defensive run late in the game, but the johnnies were down more than 15 points in the second half.

I don't know about you, but I've had enough of this Winter and all the snow. Please rank the seasons, in order of your personal preference and justify.

1. Spring in New York. Top fricking notch. There are fun things, markets, eye candy, and the nation's most dynamic city doesn't smell as bad as it does in the summer.
2. Late winter in southern California. Man, that's the life, yo.
3. Late spring in New Orleans. yeah, it's hot, but you realize NOLA knows how to handle heat and whatever, man, you can drink yourself cool.
4. Summer in Minneapolis. Lakes, biking, Prince playing pick up ball while hosting the cast of The New Girl.
5. wait, I'm repeating seasons. Let me start again.

1. Spring. Glorious in most places. Blooming, warmth. I live in the upper Midwest so this is a mythical concept for much of the "spring" months, bu NYC spring (Philly, DC springs as well) Ball So Hard.
2. Fall. Fall kind of sucks in a lot of places. The colored leaves are nice, but I could just buy paint. In truth, Fall is half summer, half "dammit, Ned Stark, stop telling me winter's coming."
3. Winter. Depends on the place. I was in FL this winter. It got dark early but it was like... Florida without the redneck ball sweat. Not bad. There's basketball.
BUT I grew up in New York. Winter sucks there. It's cold enough to bother you but not cold enough that people don't still expect stylishness and heels. There's ice everywhere. Ice comes from the sky or rain comes down and freezes to create an urban winter Olympics. There's slush everywhere.
BUT I've also been in the Midwest. I like the snow here - it's light and shovel-able and people wear sleeping bag coats like sensible people. People also wear their polar-level gear and it's not that bad with layers. There are no slush lakes and no freezing rain.
4. Summer. Do you sweat? I do. I sweat in my sleep. I sweat on car trips. The Midwest turns into a furnace. The South turns into a broiler. Big cities empty out. I like the Mets, but I don't really like a season where the only sport to watch is baseball. Have you heard Hawk Harrelson announce White Sox games? Have you met Cubs fans? These things happen in the summer. On the upside, I have no qualms drinking my daily gin and reading in hot sweaty silence.

The Johnnies are back in the Bubble conversation though still have some work to do. Do you think this team is a NCAA Tournament team? Which Big East teams wind up making the Dance?

Dancing: Villanova, Creighton, Xavier... and I can't believe I am saying this, St. John's.

I feel weird typing that, given the beginning of the season, but I think they have an easier time down the stretch - no Creighton AND Villanova like most of the contenders.

I think he'll be around another year. I also think Temple fans think he's going to transfer to the Owls. But I think he'd like to go pro in a year.

The Hoyas under JT3 have had great success against St. John's. What is it about Georgetown that gives St. John's fits?

Length is one factor. The Hoyas are large everywhere (well, almost everywhere, according to their girl-- what? that's not family friendly? Please redact. Thx.) and kno how to pack the paint and frustrate St. John's.

The Hoyas have enough discipline to make the Johnnies defend for a long time.

And the Hoyas can shoot, which negated the 2/3 zone Lavin liked to play. It doesn't help that Rysheed Joordan went under screens on D`Vauntes Smith Rivera...

I understand that you will be in NYC for this game. Any specific foods you are looking forward to sampling?

Baked goods. I eat a crapton of baked sweets in NYC, preferably made by the French, French-related people (Belgians, Swiss), or people who deeply wish they were French. Lots of coffee. New York pizza. I had some awesome earl grey tea cookies at a spot called Urban Vintage in Brooklyn. Great coffee at Irving Farm Roasters.

What's going on with your recruiting for next year? Zero signees so far and at least 2 seniors on scholarship. Does the lack of recruiting success indicate just random bad luck or something else?

St. Johns has been more focused on 2015, and welcomed Cheick Diallo to campus last week. 2014 has been strange, and we are unsure what they're doing w/r/t recruits for this year - JUCOs? Three seniors should leave - Marc-Antoine Bourgault, Orlando Sanchez, and God`sgift Achiuwa. Size is needed, even with redshirted Christian Jones coming back. But 4-yr eligible size isn't coming.... so maybe junior college...?

What are your thoughts on "Lavinwood", generally?

I leave those thoughts to Mary Ann Jarou, his wife. 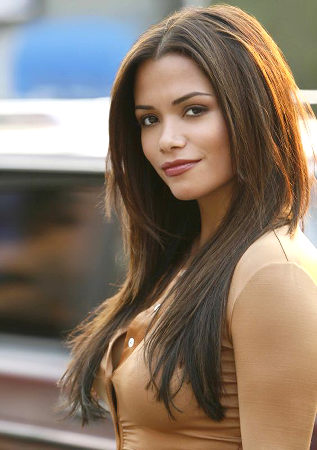 71-70, Hoyas. I think the Johnnies have confidence to get over the hump, and I'm almost always wrong on predictions, but St. John's gets PTSD when they face Georgetown. There needs to be a mediator, a safe word, and a grief counselor for the Red Storm when they play the Hoyas.