Share All sharing options for: The Casual Awards: Here Come The Hoyas

Your Fighting Hoyas of Georgetown have revved up what was a dormant Delusion Train heading into a Sunday evening showdown with St. John's.  Before we flip the switch to focus on the Johnnies, here's some hardware for those most deserving after the wins against Butler and Providence.

The Chris Wright Heart of a Champion Award:
Jabril Trawick.  Sure, Markel Starks and D'Vauntes Smith-Rivera have been the guys putting the ball in the basket, but Jabril's play after returning to the team has been the key to salvaging the season until our season-ending losses against St. John's and Seton Hall.

Page Six Award:
To the young lady that I had the pleasure of meeting at Boundary Road in DC on Friday night who reads the blog but never comments and had her fiancée take a picture of her with me and her parents send booze to our table after she found out who I was, I hope you enjoy that headband and good luck with the wedding.

Big Man U Award:
Nate Lubick, Mikael Hopkins and Moses Ayegba have certainly been frustrating at times but have elevated their games during Georgetown's recent run.  Lubick, especially, has played inspired hoops since the Michigan State game, grabbing rebounds, taking charges, making passes, and seems to have altered his stroke from the line which has made him a more effective free throw shooter.

Whitney Houston Memorial Award:
It has been two years since Whitney died and HERE is a link to what was perhaps the greatest Casual Awards ever done, each to a song in her honor.  RIP.

Access Award:
Special thanks to Georgetown Sports Info Director Mex Carey for allowing me to enter the hallowed lobby of McDonough and hang with the players and JT3. 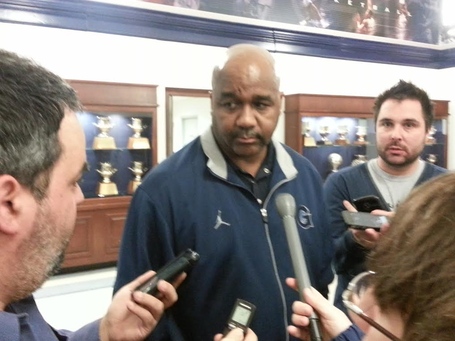 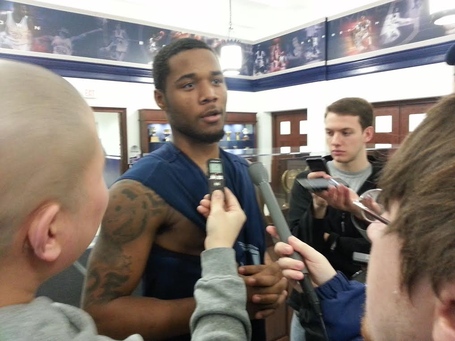 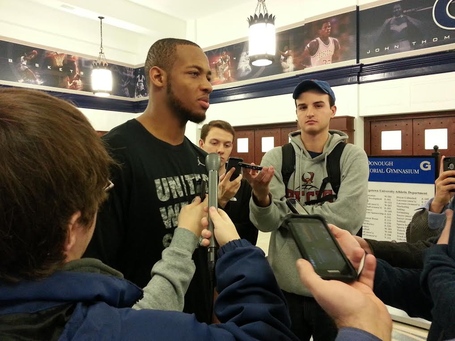 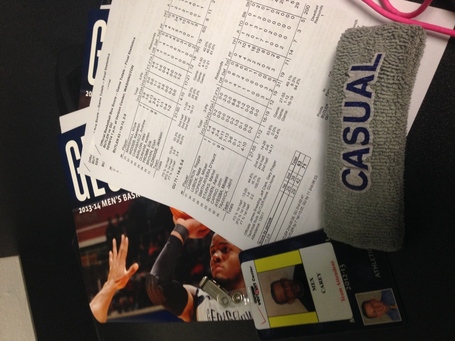 Document Your Lunch Award:
The Tombs.  Always great to be back.  I still don't respect the new '99 Days' rules which basically would allow a gimp to get his or her name on the wall, but whatever, I get it. 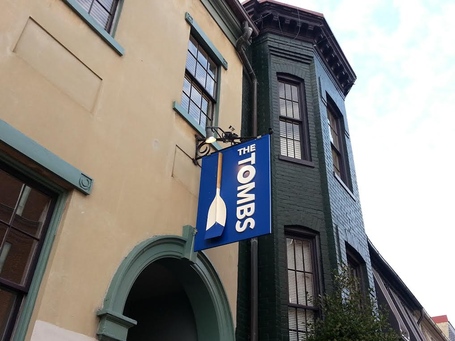 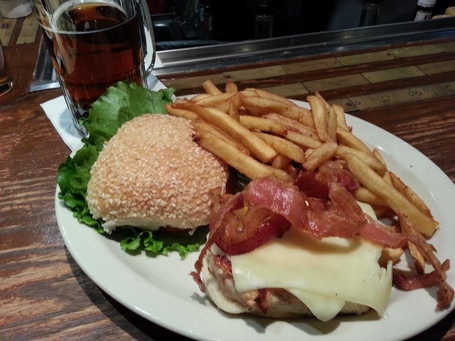 Mike Brey Memorial Coach of the Year Award:
JT3 has arguably done his best job as a coach over the past few weeks molding this roster into a competitive basketball team on a nightly basis.  Name a Big East coach that could have led this roster to 4 consecutive wins and I will buy you a giraffe.

Stonewalls Award:
I'm sure this was lost on anyone who isn't a complete dork (pretty much everyone not on this blog), but well done. 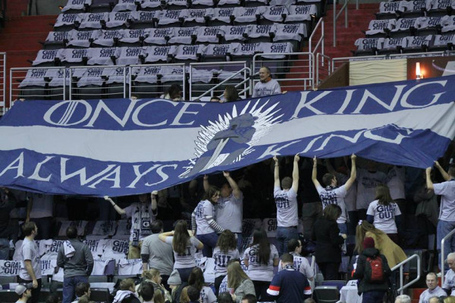 Bravo Award:
Is there anything better than an Andy Cohen moderated reunion of Vanderpump Rules?  I think not!  The claws were out in force last night between Kristen and Stassi and Kristen and Ariana and Kristen and Tom and Kristen and America.  By the way, I think Tom has upgraded in a major way if he is indeed now dating Ariana, who actually might be moderately intelligent and can pull off the short shorts and barely there shirt.  Next week is the exciting Part 2 of the reunion, which I suspect will be Stassi-Jax heavy so get your popcorn ready!

Providence is Pretty Good Award:
The Friars quartet of Bryce Cotton, Tyler Harris, LaDontae Henton and Kaddem Batts is very talented.  Scary what this team could have done if Kris Dunn could stop getting hurt or if Ricky Ledo qualified. Oh well, not my problem.

Students of the Century Award:
These cats. 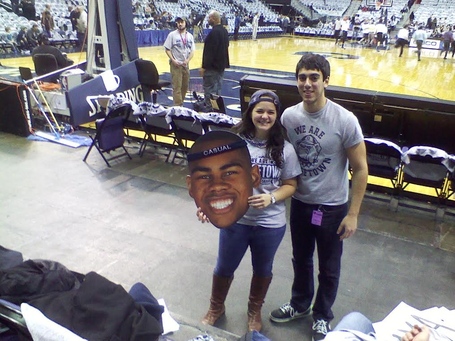 that Starks headband head will return for the home game against Xavier. You heard it here first.

We're Going Streaking Award:
The Hoyas have won 4 in a row and are back in the NCAA Tournament picture. The good news: Hooray!  The bad news: I'm scared shitless of the game on Sunday at MSG, the game Tuesday at Seton Hall, the game against Xavier on 2/22, the one at Marquette on 2/27, the contest versus Creighton on March 4th and also the season finale at Nova on March 8th.

Casual Extravaganza Award:
CXV was a tremendous success and we have found a new home for the event at the spacious Penn Social (assuming, of course, we can get kegs of CasuALE in there next season).  Highlights included appearances by the voice of the Hoyas Rich Chvotkin, former Hoya players Ruben Boumtje-Boumtje, Amadou Kilkenny-Diaw, Sead Dizdarevic, numerous important Hoya Hoop Club folks, an army of Hoyas fans that filled the downstairs bar, the scarf-selling capitalist mongering Stonewalls, and of course, the Casualties that make it all possible.  I love you all.  Also, I hate you all.

Pinnacle of Rich Chvotkin's Career Award:
Cool that Rich got to cross 'Picture with HoyaJoker' off his bucket list. 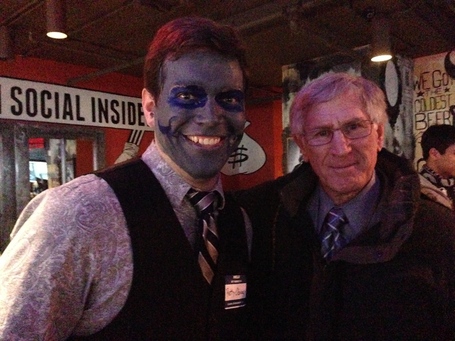 Our Campus Is The Tits Award:
Georgetown. 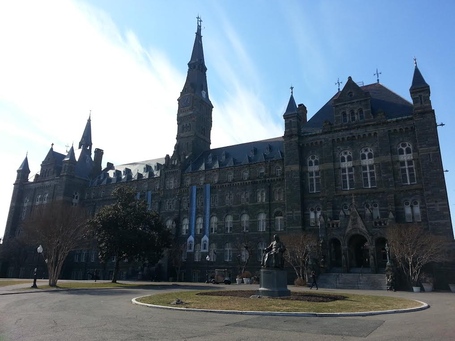