The Casual Awards: We Came, We Saw, We Lost

Share All sharing options for: The Casual Awards: We Came, We Saw, We Lost

The Hoyas lost in humiliating fashion to the lowly Providence Friars last night but rather than wallowing in our sorrows we here at THE GLOBAL PHENOMENON are handing out hardware to those most deserving.  Away we go!

The Chris Wright Heart of a Champion Award:
D'Vauntes Smith-Rivera.  Not exactly a great accomplishment for DSR but he was the only guy who showed up for the Hoyas last night, scoring 19 points on 6-10 from the floor.  No one else even merits consideration, though if this award were to be given to the guy who committed the most turnovers, Aaron Bowen would win it in a landslide.

Deja Vu All Over Again Award:
So spring semester starts and one of Georgetown's best players has an academics issue? SHOOT ME IN THE FACE.  I, like most Hoyas fans, haven't been thrilled with Josh Smith's play this season but he's a major part of part Georgetown does (or at least is trying to do). As we saw last night, the Moses Ayegba-Mikael Hopkins duo, though perhaps more spry and active underneath the basket, isn't going to win Georgetown any games.  The end is nigh.

Maybe The End Isn't Nigh Award:
Greg Whittington's suspicious absence and eventual suspension was the spark the Hoyas needed to right its ship last season.  Yes, I know last season we had Otto Porter.  But this season we have Markel Starks! And DSR! And Nate Lubick! And....well, maybe the end is nigh after all. Oh jeez everything is horrible.

But Help Is On The Way Award!
Georgetown Class of '14 commits Isaac Copeland, Paul White and LJ Peak have been killing it this season for their respective high school teams, with White and Copeland recently earning McDonald's All-American nominations and Peak consistently scoring 30+ per game.

Tim Gunn Fashion Award:
I see you Ed Cooley in that tremendous gray suit!  I see you!  The Big east may stink on the court, but with Jay Wright, JT3 and now apparently Ed Cooley, it has really stepped up in the fashion game.

Dickie V Award:
For the first time in history we get the Fox Sports 1 flagship combo of Bill Raftery and Gus Johnson and that was the game they got?  I mean, I feel bad the Hoyas lost and all, but i really feel bad that now Gus Johnson thinks we stink.

Chris Christie Award:
I am not privy to what goes down in Georgetown's practices, but giving Reggie Cameron and Stephen Domingo a combined 10 minutes of playing time in a blowout loss where the Hoyas were searching for any sort of offense screams both 1) I don't think you guys can contribute to this team and 2) it's time for traffic in Fort Lee.

Great Night Award:
January 8th, 2014 was supposed to be the night that I got to see the Hoyas blow the Friars out of the water in the 1st half and then head to the New Orleans Arena where I would relax causally while seeing Otto Porter play against our New Orleans Pelicans.  Instead, the Hoyas played its worst 1st half in recent memory so I was forced to watch the remainder of the crapfest in the casual club lounge at the Arena while missing Porter's 7 1st half minutes on the floor, and then once the stink of the Hoyas loss began to subside I took my seat for the 2nd half and got as many minutes of playing time as Porter did.  The best part of my night was randomly sitting next to some older dude at the bar where I watched the 1st half who went to Syracuse and wound up giving me a book of coupons. 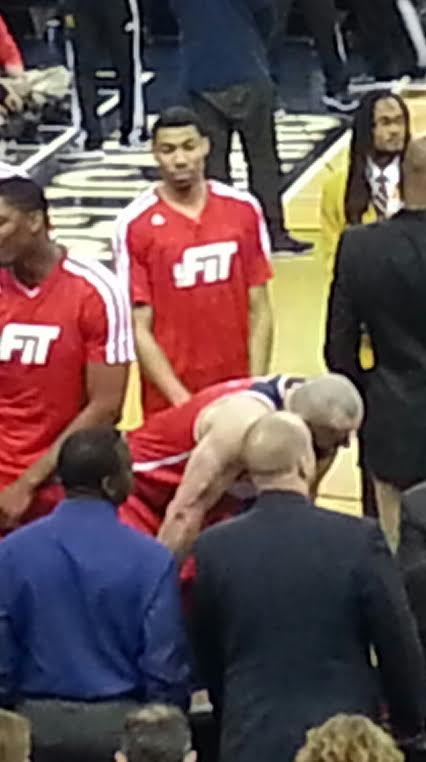 Thank God We're Not Ranked Award:
I must say, it was nice to come home, turn on SportsCenter to catch up on the latest about LeBron, Tebow, etc. and NOT see this score on the ticker every five minutes.  After this loss we can pretty much kiss the Top 25 goodbye, as this loss will take at least a month to recover from in the eyes of voters.  Maybe a 6 or 7 game Big East win streak will get us back to the 'others receiving votes' wasteland, but with losses to Northeastern and Providence and a Conference slate that no longer has any 'marquee games' on our schedule, I don't see how Georgetown sniffs the Top 25 this season.  Not that it matters, of course, but still.

I know firsthand that Georgetown classes can be tough...

but FOR FUCKS SAKE is it that difficult to show up to class, take a few notes, and put down the cupcakes for a year or two so you can make millions of dollars putting a ball in a hoop? Much disappoint. So Wow. 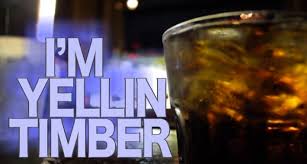 The Syracuse Office of Athletic Compliance would like to applaud Coach Thompson for bringing down the book on Mr. Joshua Smith for failing to meet the academic standards of the university. As you well know, we take academics very seriously here at our program and Coach Boeheim has a zero tolerance policy when it comes to academics: if you fail a class, you will sit at the front of the bus with Bernie Fine on the next road trip. If you fail again, you will sit out 30 minutes of an out-of-conference home game of your choice. Fail three times, and you will sit out any remaining non-tournament games. Fail a fourth game? You are probably called Fab Melo.

How come even Providence can get hot cheerleaders?

How much have we overrated Jabril?

His offensive game has completely disappeared, and he seems to be incapable of adjusting to the new defensive calls.

This is my nightmare

be more like when we lost to a st. johns team with 6 players under esh or when we showed up to seton hall just completely unprepared 2 years go?

To an NIT road game.

When do pitchers and catchers report?

This is not good for my anxiety

this team has shit for brains

but at least they are showing some ONIONS

Game stays tight, but now that we seem to have gotten our shit together to some degree, a late surge from Starks carries us through.

Watching this flaming pile of shit in person

Providence is horrific. And we are somehow worse. A lot of mediocre high school teams would give us a severe beating tonight.

We Call Timeout With 11 Seconds And Ball But They score

All of the little things we do wrong

add up to so many points that we give up needlessly or leave on the table offensively. we’ve actually made some nice plays on both sides of the ball stemming from talent but our idiocy more than erases that. Lack of effort is included in that.

(i missed the commercial.)

at least no one has lost a contact lens

I HAVE LOGGED ON AND WILL POST I AM HERE TO SAVE THE DAY DOWN 11, JUST GOT A CHARGING CALL ITALL TURNS AROUND NOW

All this traveling, random spin moves, terrible turnovers and bad passing it can only be the work of 1 man All it keeps saying is Aaron Bowen turnover

Josh Smith recovering academically to play for this team will be his first big rebound all year.

I'm out of ideas

with trying some new schemes to try to get them back. actually, they’ve resulted in a surprising amount of stops and fast breaks. what he can’t teach is showing up with energy, making heads up plays and doing the most fundamental things in basketball that every youth player knows to do.

he also can’t teach guys to do the basic minimum to stay eligible.

Not sure if this is more applicable to Josh Smith or the rest of the team.

Happy Birthday Award:
Happy Birthday, Casual Jr.  One year ago today you entered this world and Georgetown went on a crazy winning streak and made all of our lives awesome.  Now, everything has gone straight to shit and you have, in just one year, witnessed the emotional rollercoaster that is being a Georgetown Hoyas fan.  I am sorry.  I am so so sorry.  Not to worry, however, as you will go to the University of Arizona and you can start CasualWildcats.com while tanning your buttcheeks at the on-campus pool. 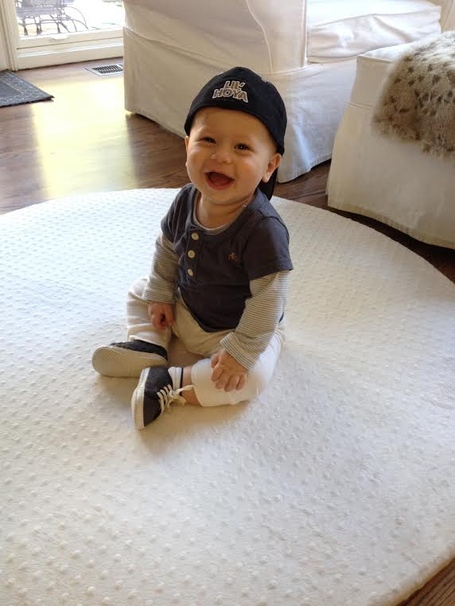 The Georgetown Hoyas are not a nationally ranked powerhouse.