Share All sharing options for: The Casual Awards: St. John the Awful

The Fighting Hoyas of Georgetown crushed the Redmen Red Storm Johnnies of St. John's on Saturday and as usual we here at THE GLOBAL PHENOMENON are handing out hardware to those most deserving.  Special thanks to 'JoeCopley' for submitting a few of the below. Away we go!

The Chris Wright Heart of a Champion Award:
D'Vauntes Smith-Rivera! DSR was the truth against the Johnnies, scoring 20 of his 31 points in the first half as the Hoyas built an insurmountable lead.  Smith-Rivera went 9 for 12 from the field and 6 for 7 from 3-point range, one three shy of the school record and most importantly, made watching this game extremely relaxing for Hoyas fans. Thanks, DSR!

Real Men Wear Pink Award:
The Hoyas wore pink sneakers courtesy of our buddies at Nike and that happened to be named after a kid who went to Syracuse for two semesters named Carmelo Anthony.  The decision to wear a Syracuse sneaker was met with horror by a number of loyal Hoyas fans on the internets, though thankfully it didn't lead to disaster on the court.

@CasualHoya I'd rather we wear Tom Hanks' palm tree shoes from Castaway.

Real Men Also Wear White Award:
Admittedly I have not been a fan of alternate uniforms but I have to say that I think the whites look pretty good.  There's something about them that screams "this is a big event", kind of like when Tom Hanks wore that white tux in 'Big'.

The Johnnies Can't Play But They Sure Have Great Names Award:
St. John's. Let's rank the names, shall we?
1st place:  God'sgift Achiuwa -  and yes its his real name, his father is a minister.
2nd place:  Sir'Dominic Pointer -  not a knight.
3rd place:   Max Hooper - Hooper! Like the Richard Dreyfuss character in Jaws!
Honorable Mention:    D'Angelo Harrison and Orlando Sanchez (tie)

Gillette Award:
Josh(ua) Smith.  Smith took to the razor blade after the DePaul game and debuted a close-trim look that made him appear thinner, younger and quicker!  And he played that way too.  6 rebounds! 4 steals! Hooray!

Miley Cyrus Awful Fashion Award:
Riyan Williams.  I can only surmise that the reason that Georgetown's newest walk-on didn't see the floor in this blowout was because he tucked his warmup sweats into his shorts.  C'mon youngin', your father is one of the all-time great Hoyas so you get some slack, but you're never going to play until you stop doing that, especially not for a very fashion-forward JT3. 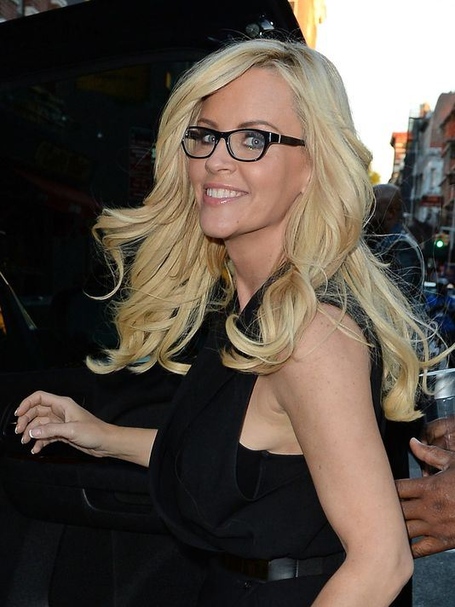 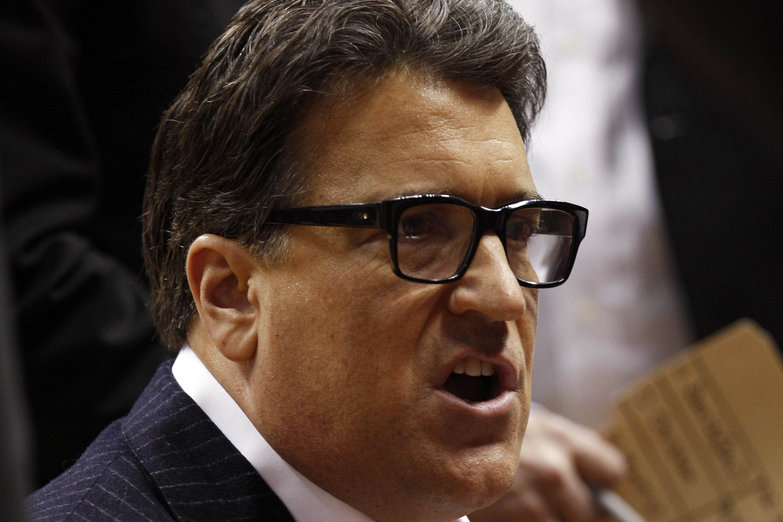 Bud Fox Award:
Nate Lubick.  Complain all you want about Lubick's limitations but he's playing well within his abilities and he's really stepped it up since the Kansas game.  Also, did you know that Lubick spent the summer interning on Wall Street? Dolla dolla bills, y'all!

Document Your Cupcakes to Commemorate the 100th Meeting of Georgetown and St. John's: 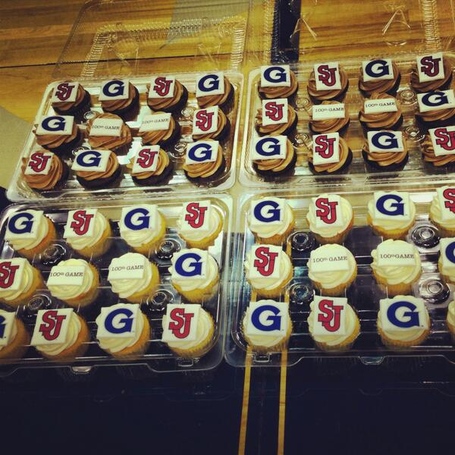 I Love the Hat, the Scowl and the Kid Next to Him Was Pretty Casual, Too Award: 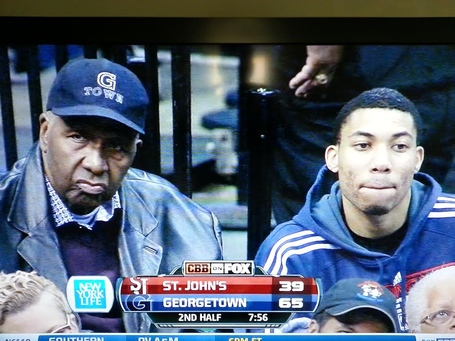 Why Can't We Shoot Free Throws Award:
Hoyas - 56% overall shooting, and 69% on threes!  In our euphoria, we won't talk about the 61% free throw shooting - something to work on tomorrow!

Document Your Fish Fry Award:
If you don't have your own fryer at home and aren't frying catfish, shrimp and oysters then you might as well stab yourself in the eye because you are blowing it. 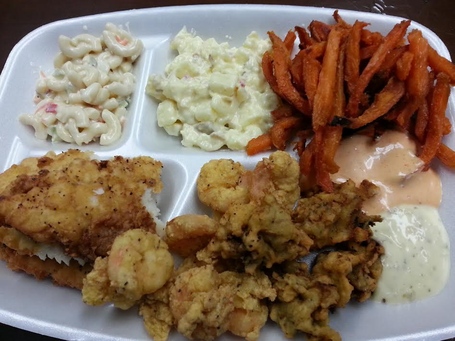 Supermarket of the Year Award:
Costco! Wow! So much better than Sam's Club! The gas is so cheap! So many free samples! And oh what variety! If you don't have an executive membership at Costco then you might as well stab yourself in the eye because you are blowing it.

Coach of the Game Award:
Thank you, Steve Lavin, for trying to motivate your squad by not starting freshman phenom Rysheed Jordan and starting a walk-on.  The Johnnies were drilled right out of the gate and the Hoyas never looked back.

Rotation Award:
It was nice knowing you, Reggie Cameron and Stephen Domingo.

Tempo Award:
JT3 - I hope this isn't an aberration but love the idea of up-tempo & transition when possible on offense, and using the press to slow them down on defense.

Dickie V Award:
So so so nice to finally get Bill Raftery on a Hoyas game and his trusty sidekick Justin Kutcher was pretty good, too.  Then again, after the abortion that was the Dick Stockton-Bob Wenzel pairing, Salt n' Pepa would have been great, too. (Note: I struggled to come up with a good pair to use and this is not a slap in the face to the incredible duo (plus Spinderella) that gave us 'Shoop')

BURN IN A FIRE

I’d rather we wore fucking $10 Starburys than Melo shoes.

Wasn’t there a game a few years ago where we had new shoes designed specifically for the game, we sucked in them and JT3 made the team change shoes at halftime? Then we went on to win the game comfortably? I want this game to be like that one.

We’re trying our very best to lose the game before it even starts!

If he keeps shooting at this clip do we keep DSR in the Melos? Is victory worth his soul?

we are playing defense?

Or is St. John’s just this crappy? I can’t tell.

Love the game so far

But missing the Anacostia Band (and Ebony Tribe).

Bowen did a thing

Josh has 3 boards and it’s only halftime!… 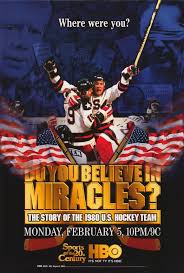 I need help reacting to this game

Josh Smith for peer mediator of the year

Nothing diffuses the situation like the soft hands of a 350 pound dude in your face.

High Hopes Award:
Don't look now but suddenly our Hoyas are sitting pretty at 2-0 in the Big East and have run off 9 wins in their last 10. Not too shitty!  Hoya Saxa!