The Casual Awards: The Best Awards All Year

Share All sharing options for: The Casual Awards: The Best Awards All Year

Your Fighting Hoyas of Georgetown kicked off its Big East schedule with a less than impressive victory over the DePaul Blue Demons and as usual we here at THE GLOBAL PHENOMENON are handing out hardware to those most deserving.  It's 2014, baby! Away we go!

The Chris Wright Heart of a Champion Award:
Markel Starks.  I'm giving this to Starks because without him the Hoyas lose this game by 20, but I really wanted to give it to Aaron Bowen, who came off the bench to provide a much-needed spark towards the end of the first half.  Bowen's defensive intensity on the press caused the Blue Demons fits and his absurd heave at the halftime buzzer to give Georgetown a 4-point lead was probably the highlight of the season so far.

Dickie V Award:
I've watched a lot of college hoops in my day and the Dick Stockton and Bob Wenzel team for Fox Sports 1 was easily one of the worst announcing teams I have ever heard.  Ever.  Look, I'm all for this whole Fox Sports thing and the New Year's Eve marathon is a great idea to get everyone amped for the Big East season, but let's at least have knowledgeable college hoops guys calling the games and please FOR THE LOVE OF GOD get rid of the in-game advertising that takes up half the screen.

Big Man U Award:
Moses Ayegba! The box score has Moses with 3 blocks but it seemed like nearly 10 as he disrupted nearly every Blue Demon to penetrate the lane.  The fouls continue to plague him but it was nice to finally see a Georgetown big man play with some defensive intensity out there.  Speaking of which...

Getting Bad Vibes from Josh Smith Award:
What happened to this guy?  After so much promise in the opener against Oregon, Smith has been somewhat shitty as a Hoya, with the DePaul game being perhaps a tipping point for how much JT3 is going to tolerate his poor defensive play and lackadaisical demeanor.  Smith played just 14 minutes (like 3 or something in the 2nd half) in a game that was tight throughout.  Whether or not this was done by JT3 to send Smith a message I don't know, but it'll be interesting to see what Smith does against St. John's. 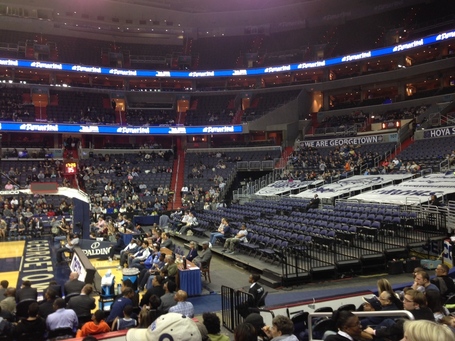 Thank God We Played DePaul Award:
DePaul was 13-26 from the free throw line in a great effort from Georgetown's vaunted free throw defense.

Fan of the Game Award I: 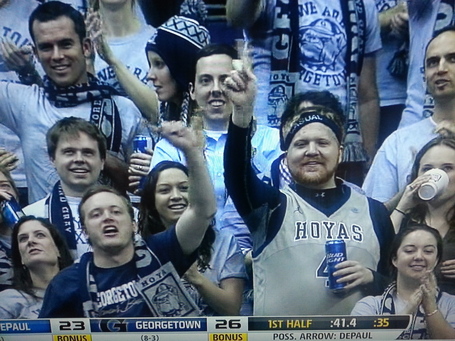 Fan of the Game Award II:

6 weeks old.  Unclear what the number for child services is in DC. 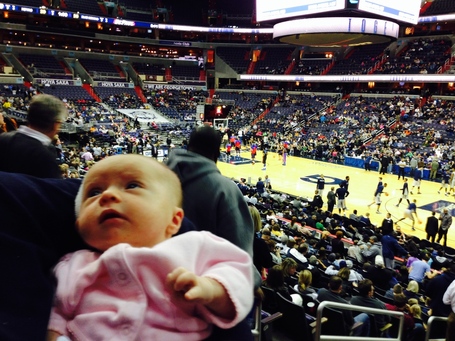 Bravo Award:
Solid episodes of Vanderpump Rules and Real Housewives of Beverly Hills this week.  First, on Vandy, Kristen confirmed her status as a psycho hose beast as she stalked live-in boyfriend Tom's phone and took screenshots of texts that he sent to a fellow bartender that happens to be blonde and look like a model.  BREAK UP ALREADY YOU TWO. Meanwhile, on Housewives, Brandi continues to unload on new housewife Joyce, who is pretty but makes me rip my skin off every time she and her husband talk to one another and call one another ‘baby'.

Document Your Chia Seeds Award:
These suckers are going to be the key to my 2014. 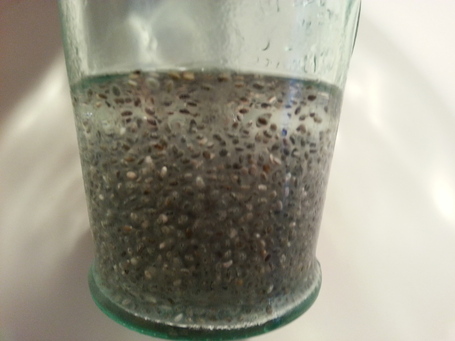 Hey Fox, until you make an Android app, stop saying "On your mobile device"

Attendance may be sparse

but the four students here, the Anacostia Band (and Ebony Tribe), and my daughters and I are rocking out today.

Good Stonewall attendance too, as always.

Fun Fact: If you search "Shitshow Gif" on google images...this is the 5th result

Code for “everyone blows an equal number of goats”

"My kale" Hopkins - so wholesome

Hate to say it

…except Hopkins had a wide open lane to the hoop. But I will stay casual.

and we’re losing. I hate everything

jt3 is doing an excellent job

Never thought that moses and bowen would be my fav players

I'm not sure how we got here. But I'm happy. 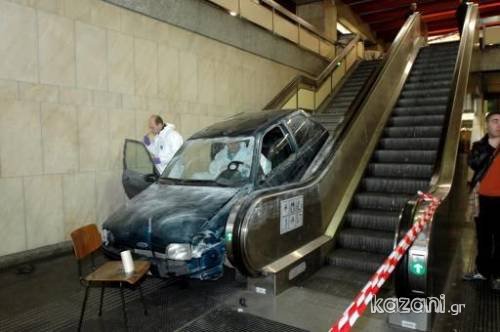 I have an awkward hunch that we will defeat Michigan State.

This has been on my mind for a while. I’ve never understood why the hoya fanbase isn’t chanting Stark’s name during the games. Today he put the game on his shoulders and was quite honestly the reason why we won. He is a great player and an even better captain. You see him at timeouts directing his fellow players and it’s clear that JT3 sees him as more than just a player. This may be all a perception problem but as a person who attends almost every home game, I’ve never understood why folks don’t give him more credit. You may now go back to drinking to forget 2013. Cheers.

This Could Be a Problem Going Forward Award:
Offensive rebounds: DePaul 12, Georgetown 2.

We Believe Award:
Look, I think at this point we all know that this Hoyas team has a number of weaknesses and substantial limitations.  But hey, Georgetown is 9-3 and UNBEATEN UNDEFEATED UNBLEMISHED in Big East play.  It may not be pretty, but can we as a fanbase live with winning games in this fashion all season?