Casual Investigation: Does Greg Whittington Have a Serious Knee Injury?

UPDATE: Source confirms Whittington has a torn ACL and is out for the year. No word yet on whether he has had surgery.

Share All sharing options for: Casual Investigation: Does Greg Whittington Have a Serious Knee Injury?

The award-winning Casual Investigation franchise is back and this time we are unearthing what might be a serious knee injury for Georgetown's rising junior Greg Whittington. 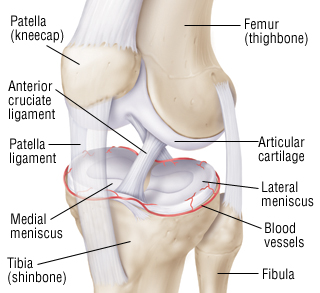 Is something wrong with Greg Whittington's knee?

HINT NUMBER ONE was sent to me via an email by a buddy of mine who was playing pick-up hoops at Yates a couple weekends ago. This is what started everything: "Yo, any reason you are aware of that would explain why Greg is walking around on crutches?"

HINT NUMBER TWO was delivered via a very bizarre anonymous email to THE GLOBAL PHENOMENON just days ago with the ominous title "Greg Whittington has a torn ACL". The rest of the email in all of its glory is below:

Though I would normally toss aside an email like that and place it in my casual spam folder that is already programmed to grab and stash any email with the word 'Syracuse' in it, the fact that Whittington was spotted on crutches clearly indicates there's something going down. And since we all know that getting any information out of Georgetown is more difficult than getting out of the first round of the NCAA Tournament, we kicked the casual investigation into overdrive to find out what it is.

The first task was to pour over recent tweets and instagrams from the players. This was an extremely time consuming and laborious process and definitely not for kids. After sorting through a number of selfies of Jabril Trawick and Aaron Bowen and a more than a few pictures of DSR's hair, alas HINT NUMBER THREE was revealed by Greg Whittington himself back on June 5th!

For All The Young Ones Out There Eat Ur Vegetables And Drink Lots Of Milk Need Strong Bones!!!!

How did we miss this! Strong bones! OH MY GOD GREG WHITTINGTON HAS A BROKEN LEG!

No, he does not. HINT NUMBER FOUR has been revealed by a number of casual sources who know things. These sources, who will remain nameless (even though they are all on twitter), have revealed the following:

Greg Whittington did indeed hurt his knee in some sort of practice/game a few weeks ago. Since suffering this injury, Whittington has been gimping around on crutches. The extent of this injury isn't exactly clear, though casual sources in both high and low places have indicated that it is either a sprained knee or a torn meniscus - and one that has yet to require surgery. Note, however, that there are some casual sources in very very low places that insist that this injury isn't as casual as a knee sprain or meniscus issue but is rather a full blown torn ACL. These sources also claim to have heard this from players on the team. To make things worse for you, there have been rumblings among those involved with the program recently that "a big announcement" is coming.

Clearly, the extent of the above injuries will have varying impact on Whittington and importantly the Hoyas this season. A knee sprain is no big deal and should get better with simple treatment over the course of a month. A meniscus tear is obviously a different animal. A torn meniscus can heal on its own or can be repaired surgically. For those who follow hoops, this is the same injury that Oklahoma City Thunder guard Russell Westbrook suffered in the playoffs sidelined him 4 to 6 weeks after surgery.

Frankly, a torn meniscus that requires surgery wouldn't be that bad as far as Whittington's prognosis for the season goes. Sure, he'd miss Kenner League action that starts July 6th, but it's only June and he'd have more than enough time to rest and rehab before shit gets real in the fall.

HOWEVER, if it is indeed a torn ACL then Whittington is done for the season. This injury, coupled with a looming NCAA ruling that will likely limit Josh Smith's eligibility in blue and gray to either the second semester of the upcoming season OR the full season of the next, could send what is already a fanbase known for its cynicism to levels not seen since Nikita Mesheriakov hit the side of the backboard off of a designed play in the 1st round of a 2009 Big East Tournament against St. John's and sending the Hoyas into the NIT.