Sleeping with the Enemy: The Eagles of Florida Gulf Coast

Share All sharing options for: Sleeping with the Enemy: The Eagles of Florida Gulf Coast

What, you didn't think that we could find a victim for this edition of Sleeping with the Enemy of an A-Sun opponent mere hours after the bracket was revealed? Puh-leeze. As your Fighting Hoyas of Georgetown get set to take on the Florida Gulf Coast Eagles in the 1st round of the NCAA Tournament on Friday, as usual we here at THE AWARD WINNING GLOBAL PHENOMENON are bringing you everything you need to know about Georgetown's next opponent. Special thanks to Justin Kane, the Sports Editor of the Eagle News for providing answers to our hard-hitting questions. Justin, this bomber of CasuALE is for you. Let's do this.

Florida Gulf Coast University, huh? Tell us a few things about the school that Hoyas fans might find interesting. Actually, tell us anything about the school since we're not really sure who y'all are.

Florida Gulf Coast. We like to be called FGCU, not Florida GC as it was shown on CBS or Fla. GC as ESPNU had us. We're a relatively small school of around 13,000 kids. It's basically heaven here. Beaches are 15 minutes away; hell there's a beach on campus that students use. Our main focuses are business and health professions and the girl to guy ratio is about 6:1, which totally rocks. From an athletic standpoint we have White Sox ace Chris Sale who is an alum and our women's basketball team has totally dominated since they were formed. 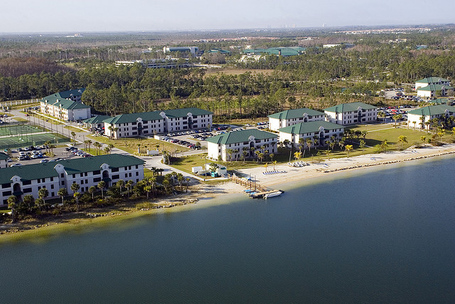 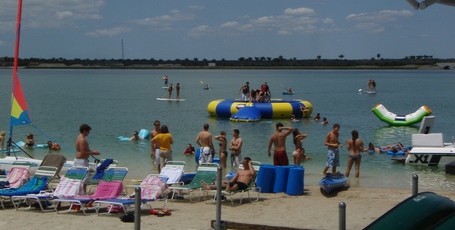 FGCU head coach Andy Enfield has done a tremendous job with the Eagles program, bringing it from a DII program to the NCAA Tournament in just his 2nd year. What are your thoughts on Coach Enfield and do you think he'll be there for the long haul?

I really truly hope so. Andy has done wonders with the program and he's gotten the fans excited about men's basketball. He said last night that he was here for a few more years but I remember Nick Saban saying that at LSU too...


So, um...Coach Enfield is married to supermodel Amanda Marcum. No real question here, just still amazed by that. 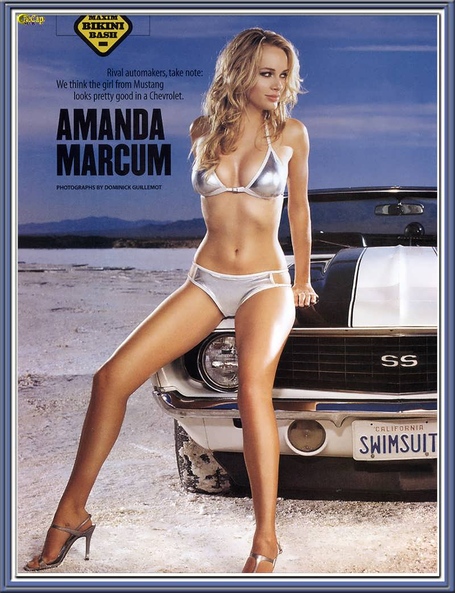 This was the most safe for work photo I could find. Google images are the best. via m.iphotoscrap.com

Yeah we're all kinda still amazed by that.


How would you describe the Eagles style of play? Who are the main guys that Georgetown needs to watch out for Friday night?

We play a fast-paced up-tempo style. We like to run fast and push the ball up the court really quick. If we get a good lead we start throwing alley-oops. Key players to watch are senior A-Sun player of the year Sherwood Brown, sophomore guard Bernard Thompson and junior Chase Fieler who gets the task of guarding Otto.

(Casual Note: Did he just say something about alley-oops?)

Sinkholes! Anything worse than going to bed at night and then waking up in the bottom of some cave hundreds of feet below the surface of the Earth where no one can hear you scream? You worried about this?

Usually yes I am, but I have learned to get over my fears. 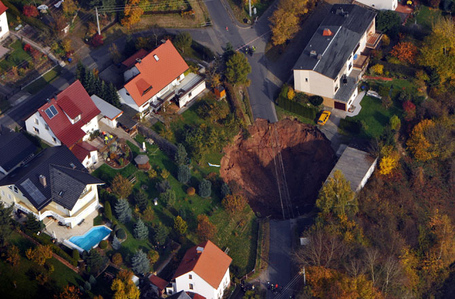 Talk to us about your fanbase. Being as how you have a relatively new program, is the campus excited about this team? Are the "Dirty Birds" going to make the 17 hour drive to Philadelphia for this one?

The campus is extremely excited. Our president is the teams biggest fan and travels everywhere. He went to Macon for the A-Sun tourney and he'll be in Philly. The "Dirty Birds" are going to try to make it up there but I highly doubt they will want to sit in a bus for 17 hours.


A brief Wikipedia search revealed that FGCU has a concentration in Death Investigations, which specializes in Human Identity and Trauma Analysis. Any of your buddies taking these classes?

Surprisingly no, but Lee county (where FGCU is) is the oldest county in the state so a lot of old people die here each year. Ironic?


If I have one night to spend in Fort Myers, where am I eating and what am I ordering? Then where am I partying?

You're going to Cheddars in the Gulf Coast Town Center and ordering the fried chicken and waffles and you're partying at any establishment that has Larry's or Jerry's in the name. 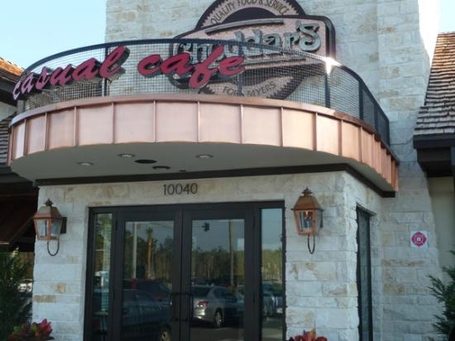 Please reassure the thousands of Hoyas fans reading this that the Eagles are going to lay down on Friday night and this game will be a relaxing blowout for the Hoyas. The Eagles can't really win this game, right? RIGHT?


How do you see this game playing out? Final score prediction?

I think it'll be a defensive game. Low scoring. Joe Lunardi says this game will be 50-50 with four minutes left and I have to agree with him. I do think Georgetown will pull it out. Final score: FGCU 60 Georgetown: 68