Hoyas fans still celebrating Georgetown's win just days ago over Syracuse at the Verizon Center will once again have to buckle up, as the two titans of the Big East face off for the final time in Big East play, this time under the lights at Madison Square Garden, the World's Most Famous Arena. As usual we here at THE AWARD WINNING GLOBAL PHENOMENON are bringing you everything you need to know about Georgetown's next opponent, and here for a third time this season to dish on all things Orange is Hoya Suxa, our evil and way less handsome counterpart. Suxa, these kegs of CasuALE are for you. Let's do this!

You want to go see Silver Linings Playbook with me tonight at 7pm?

Sorry, I can't. I'm busy washing my hair. Plus, Tommy is so much cuter than you. And he has his license.

Yes, and that answer is totally attributable to machismo. You can't answer that question without machismo, the urge to want to see Syracuse curb-stomp Georgetown until its face is bloody and broken and appearing as if it once the skull of Oliver Purnell. This entire rivalry -- all 30+ years of it -- is built on machismo; I don't think you need to look any further than the relationship that Pearl and Ewing had to understand that. The result may make me want to get a nail gun and get the awesomest kind of retribution possible, but that doesn't matter. It's not about what the result might be right now; it's all about wanting to arm wrestle with your arm wrestling rival for the right to get your son back. (Basically, Syracuse-Georgetown is the plot to OVER THE TOP. Which, yeah.)


Let's get this out of the way: please describe your reaction during Georgetown's 61-39 juicing of the Orange last Saturday.

I wasn't exactly filled of sunshine, rainbows, and unicorn blood after the game was over.


Can you remember a Syracuse player that is alternatively brilliant then terrible more often than Michael Carter-Williams? Having watched a handful of Syracuse games, he is one of the more schizophrenic basketball players I have ever seen.

Off the top of my head? Scoop Jardine (if we're talking recent vintage, but Jardine's highest moments don't touch what Carter-Williams is capable of). I mean, DeShaun Williams was the kind of bonkers that made you wonder if he survived an abortion. He could pump in 12 points in about three minutes (ignoring everyone else on the court because sharing is for punk kids in the sandbox that aren't going to get anywhere in life if you let everyone borrow your trucks), and then brick his next 12 shots -- all contested, with no chance of ever going in, and likely under the influence of the kind of stupid that should be liquified, weaponized by our military, and put into the water sources of our enemies -- without showing an ounce of care. But he wasn't the kind of frustrating that Carter-Williams is. I guess Jardine fits the bill of having a knack for making you say "What the hell are you doing?" and then going with "Holy balls!" Vacillating between wanting to punch people and giving man-hugs is a difficult thing for me since I'm an emotional cripple.


Two games after the massacre in DC on Saturday, are you feeling significantly better about this team's chances of going deep in the NCAA Tournament? What was the ceiling in your mind post Saturday? What is it now?

Syracuse is playing better (hey, points!), but there are at least a dozen teams that could bounce them with ease given the right kind of game (and another dozen teams that scare the piss out of me). I fear tournament play more than anything man has ever created -- and this includes robots, which will eventually enslave us all -- and I'm not budging off of that notion.


As much as the thought of any team beating Syracuse three times within a month appears to be a daunting task, how is Syracuse going to win tonight? Was there anything that you can take out of the prior two games between us that gives you a glimmer of hope?

The only thing that the last two Georgetown games imparted on me is that I have complete faith and trust in Syracuse's equipment staff that they will have washed and provided all the appropriate uniforms -- for every player even -- needed for that night. Other than that, the Orange failed to implement my bring-a-rocket-launcher-on-the-court-and-fire-a-grenade-at-Otto-Porter strategy. This remains concerning.

I'll say this: James Southerland is playing like a man attempting to save humanity from the cold death of the robot revolution. Carter-Williams playing panty-dropping basketball. Brandon Triche is doing his thing (stoicly, because emotions are for the weak). Baye Keita is showing that his hands aren't used for only turning light switches on and off. C.J. Fair should receive a very nice fruit basket. If they play at their potential, sex for everyone.


Your win over Pitt was impressive, though again it appears the Orange is still relying on the 3-ball a lot. What happens when Southerland doesn't go 6-6 from deep against Georgetown?


New Pope: you good with the selection?

I'm upset it wasn't me. I guess I'll just have to continue to have lots of sex as a consolation prize.


Jim Boeheim has stated publicly that he isn't retiring, but man, wouldn't a win over Georgetown in Syracuse's final Big East Tournament give him a real reason to? On the flip side, how would he possibly recover from a THIRD LOSS IN A ROW to Georgetown?

In this situation, I may assist the robot revolt and urge them to start their campaign against the human in Washington, D.C. I'm not willing to process either the impetus or the consequence right now.


What did you eat and drink yesterday before, during and after the game against Pitt? Are you going to do the same tonight or shake it up a bit? 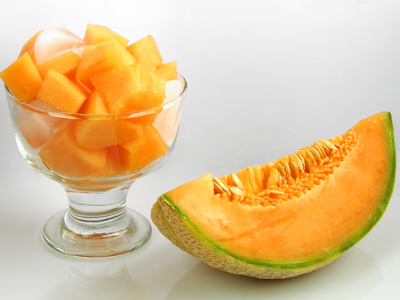 I had a nice fruit salad for lunch. Cantaloupe is really the apex of living things. I mean, how many fruits are delicious and have brains inside that you can scoop out and pretend to be Dr. Fruit Salad, Cantaloupe Brain Surgeon? Honeydew, I guess, but honeydew is the DePaul of fruit -- it just needs to go away. During the game I just drank some water. None of the fancy Perrier shit that pretentious Hoyas drink while calling the tailor to get patches put on the elbows of the blazer sleeves, but just good ol' water. I don't remember what I ate after the game because I was too busy detailing how to poison Otto Porter before the game.

For Friday night, I will drink beer until I cannot see and probably do so while telling the world exactly what I think about everything.


Where does Otto Porter rank amongst all time Hoyas to you? I have to believe he is challenging to hate because he is so unassuming/humble, but do you hate him like you've hated previous Hoya greats?

I should say that hate -- true hate, not the wussy kind of hate that only happens once or twice a year for a year or two -- takes time to build. Right now he's below the big dirtbags -- Ewing, Graham, Iverson, Mourning, Mutombo, Victor Page, etc. -- but probably above Lee Scruggs and folks of his ilk (I'll never forgive Scruggs for his performance in the 1999 Big East Tournament). It's just hard with Porter because, as a basketball fan, he's just so freaking smooth and doesn't have any indicia of the Hoyas that have preceded him. He's nowhere near Ray Allen in the "THIS FREAKING GUY NEEDS A SHOT IN THE NUTS BECAUSE I'M SICK OF HIM KILLING EVERYONE FROM EVERYWHERE," but he's more on that path than, say, the violent distaste for Ewing.


Syracuse has averaged 42.5 points against Georgetown this year. No question on this one.

You will average 0.0 posts the rest of this year after I immolate you.


Which Big East team goes deepest in the NCAA tournament this year? Who do you think cuts down the nets?

No clue. Again, it's all bracket draw and getting favorable match-ups. I'm still on board with Louisville doing the most damage, mostly because they're a bitch to prepare for on short notice -- the press, the zone, trying to figure out what the hell Russ Smith is going to do (even Pitino can't prepare for that) -- and Pitino has the chops to navigate a team to the Final Four.

In the end, I think Duke is probably the best bet to win the tournament. Whatever.


How do you see this one playing out? Final score prediction?

Honest answer? I just want Syracuse to hang around and no dastardly Hoyas to purposely injure a key component to the Orange's team with a concealed billy club under their uniform. (I know the real story, Greg Monroe. Your assault of Arinze Onuaku has not been forgotten.) Once again, I don't do predictions (other than that I will get very drunk).


Wait...there's no way the selection Committee is going to put us in the same bracket, right.....RIGHT?

That's when we are all jettisoned to space on a rocket to live a life of perfect harmony.


If it were possible to give you an internet handshake and a kick to the groin at the same time, please consider this to be that. It's been real, Mr. Suxa.

Don't be a stranger. Internet kisses.