Sleeping with the Enemy: The Scarlet Knights of Rutgers

Share All sharing options for: Sleeping with the Enemy: The Scarlet Knights of Rutgers

The next stop on The Delusion Train for the Fighting Hoyas of Georgetown is a Saturday night tilt at Verizon against the Rutgers Scarlet Knights, and as usual we here at THE AWARD WINNING GLOBAL PHENOMENON are bringing you everything you need to know about Georgetown's next opponent. Special thanks to On The Banks, your source for all Rutgers rodeos on the internet. On The Banks, this bomber of CasuALE is for you. Let's get to it.

Another banner hoops season for the Scarlet Knights is about to wrap up. Are you good with the direction this program is heading? Is there light at the end of the tunnel?

There's talent on this team. Kadeem Jack is starting to become a consistent force on this team. Wally Judge is still a MacDonald's All American, despite the fact that he was rusty and then got hurt. Myles Mack is turning to a smart player, one that will be a thorn in the opposition's side. Eli Carter can score... and Jerome Seagears is a good guard.

That said... blech. This year has been BLECH. The team hasn't taken a step forward, and one could argue is even worse than last year. The light at the end of the tunnel... it's dim. I don't quite know what to think. I need to see something over these last two games and the Big East Tournament to start believing again.

Rutgers is bouncing to the B1G. You excited or what? Which B1G school do you see Rutgers developing a rivalry with?

After watching B1G basketball this year? Yeah, I'm excited. Listen, the Big East is gone. Gone, gone, gone... and the B1G is right up there in terms of quality basketball, so some fun teams will still be coming to the RAC. There's a lot of potential for some great match-ups. As far as rivalries... Penn State and Maryland are the closest... and Rutgers fans HATE Penn State... so there are some rivalries that can grow.

Speaking of rivalries, are you upset that your annual battles with Seton Hall will fade away? Is there any talk between the schools to have that continue or does no one really care?

I care. I would miss SHU, but it looks like Mike Rice and Kevin Willard want to keep this thing going in a Xavier Cincinnati type way. That would give fans something to look forward to beyond the usual cupcake scheduling that usually goes on. Unless, of course, you consider Seton Hall a cupcake.

In the first battle between us, Rutgers was down just 2 with a minute to go and couldn't close it out. Do you expect this encounter to be just as tight?

Um.... No. Probably not. Not down the stretch at least. Georgetown is clicking and Rutgers expects the worst. Step on the Scarlet Knights' throats early and this will be ugly.

The loss of Eli Carter to injury stings, but Myles Mack has emerged as a major scoring threat. Since he's likely to take 20 shots against Georgetown, tell us something interesting about him.

Myles won't take 20 shots. He's a smart player, and since he's short 5'9" (and that's generous), he'll be smart with the ball. When the shots are there, he'll take them, but when they aren't, he'll dish. Look for him to get to the foul line since he's a 90% foul shooter. Unless the refs are typical Big East road refs. Then Myles Mack will get hacked, and send Otto Porter the line.

If there were a pay per view Conclave Channel that could bring you into the Papal Conclave, would you pay, say $5 a day in order to watch it? 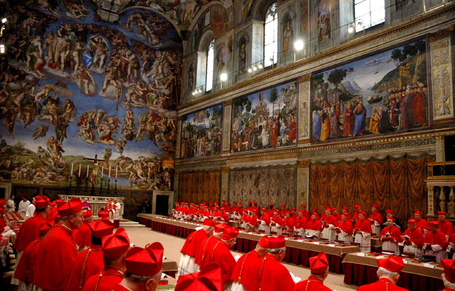 Forget the Conclave, I wanna see what happened to Benedict. I want to know what's really going on there.

The Mike Rice era. You willing to give it another couple of years or would you be good with the powers that be sniffing around for a replacement.

Ah, Mike Rice. If this were a normal year for Rice--aka, losing, signs of struggle, but talent on the team--I'd say he gets more time. But the suspension--where he apparently threw basketballs at players heads in practice--and the poison that's been on the recruiting trail... Rice would have had to win this year to keep momentum going. He didn't. So, my theory is, you let Rice go now and bring in a proven coach. Finally spend some money on basketball for once. I don't know who that coach is, but it has to be someone who commands some respect. Keeps most of the Mack class from transferring while working the recruiting trail for the entrance into the Big East. Rice has staked his reputation on this 7 man sophomore class. If he loses this year--and then again next year--the program as a whole will be in as much of a hole as it was when Fred Hill was let go.

Of course, if you decide to fire Rice, but want to bring in some flash in the pan coach for 300,000 dollars.... forget it. Just keep Mike.

The next Super Bowl is heading to the NY/NJ area. Incredibly awesome or incredibly stupid? Springsteen and Jovi halftime show for the win? 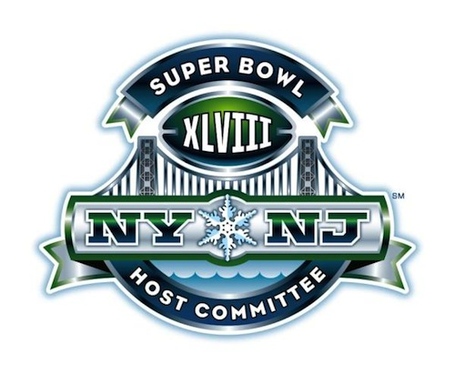 Since I'm not going and I love football in cold weather. I think ti's awesome. Plus, there's always the potential I can rent out my house to some Houston fan for ludicrous money for the week.

How do you see this game playing out. Final score prediction?

Georgetown jumps out to an early 10-2 lead. Rutgers goes up 20-13, playing smart solid ball. Then Georgetown decides "Oh, we have a game to play" and wins by 15.