As Syracuse Hate Week: Volume 1 rolls on leading up to the final Big East Showdown between Georgetown and Syracuse at the Carrier Dome, as always we here at THE AWARD WINNING GLOBAL PHENOMENON are bringing you everything you need to know about Georgetown's next opponent. This go-around we're back with super-villain Hoya Suxa, on loan from the Evil Orange dungeon of Troy Nunes is an Absolute Magician and who so graciously took time away from his blogging about lacrosse to provide a batch of pseudo-witty answers to our casual questions. Mr. Suxa, this bomber of CasuALE is for you. When you're done reading this, click HERE to check out our answers to their questions. Let's do this.

The enormity of this game and our final one on March 9th is too huge for me to fully grasp right now. Syracuse and Georgetown currently atop the Conference and battling for Big East supremacy with two tilts left on the regular season schedule? Pinch me.

Your mother is a Hoya.


If this is indeed the last dance at the Carrier Dome, does that make you has a sad? What is your personal favorite Georgetown-Syracuse moment at the Dome?

I wouldn't necessarily say that I'm sad about this being the last Big East-edition of Georgetown-Syracuse in the Carrier Dome, but that's mostly due to the fact that I'm an emotional cripple. It's weird. I grew up on Big East hoops, and while I'm not from the D.C. or Syracuse areas (I was born and raised in Connecticut, but not the fancy part of the Connecticut that everyone knows about; rather, I grew up on the ass end of Connecticut, 20 minutes from Storrs and smack in the middle of dairy farming country), I understand what the rivalry has meant to the conference and -- most importantly -- to both schools. The games have survived Craig Esherick committing program arson and Syracuse touting Demetrius Nichols as its "superstar" and still managed to hold its place in the league as its more important game. I guess I'll have a human feeling about this after the season is over, but for now I only care about "seek and destroy with massive collateral damage."

As for a favorite moment in the Carrier Dome, it has to be John Thompson picking up three technical fouls, getting ejected, and Syracuse putting together a 10-point sequence to defeat your bags of ass in 1990 and win the Big East title. Whoopsie-daisy!


Syracuse has been in the top 10 pretty much the entire season. What are your expectations in March for this group? Do you think this Syracuse varietal has the talent to make the Final Four?

My expectations for March? Beat Georgetown on the 9th and seize John Thompson III's jowels as the spoils of war.

Does Syracuse have the talent to make the Final Four? This year it appears as if a team only needs seven bodies, all with at least one working limb, to be in the hunt for the Final Four. The tournaments -- Big East and NCAA -- are going to be bonkers this year with all the leveraged ability throughout the country; talent is a driver, obviously, but luck -- more than ever -- may be the biggest thing to somehow survive. That said, I don't think there are eight to 10 teams that are better equipped than Syracuse, which means that they should be in the hunt (which means nothing).


If you take a step out of your Orange bucket for a second, can you understand why it is maddening to the rest of the god-fearing universe that you have a player who admitted to shoplifting, paid a $500 fine to the store for doing so, and yet has missed ZERO minutes of playing time as punishment? Or do you think Syracuse has handled this "misunderstanding" perfectly. Relatedly, which is harder: Waking up in the morning or a Syracuse player winning an academic appeal? 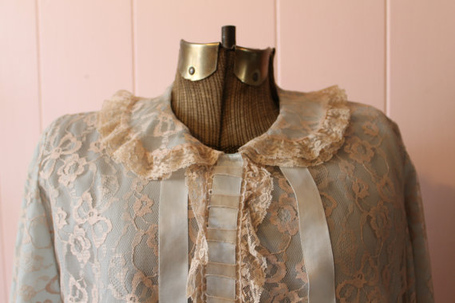 Have you watched Carter-Williams play recently? I think I'm the one being punished.

An affinity for bathrobes and gloves aside, Michael Carter-Williams has been the star of this team and is considered a lottery pick in next year's NBA Draft after barely playing at all last season. Do you think he could have been a difference-maker for last year's loaded Syracuse squad? Did Boeheim do a good enough job of finding him minutes?

(1) I don't think he would've mattered much last season with the guards ahead of him -- Jardine, Waiters, and Triche. Rotations that are deeper than seven significant contributors usually means one of two things (there are, of course, exceptions): You don't have seven guys that can play at a high level or you have specialists with specific roles that fill needs. Carter-Williams is far from a specialist at anything (other than being good for one ridiculous decision that goes horribly awry in the most fantastic way possible) and the the team, in the overall, was a nuclear missile that didn't quite breach the atmosphere. He was just a body in 2012. No big deal.

(2) I refuse to believe that Carter-Williams is the star of this Syracuse team. Highest professional ceiling on the roster? Probably. Legitimate star right now? I'd subordinate him behind Triche and, arguably, C.J. Fair and James Southerland. Carter-Williams is at his best when he is facilitating others and picking his spots to get to the hoop; he's a nightmare the size of John Thompson asking you for directions to the kitten-slaughtering laboratory when he lifts the curtain on "The Michael Carter-Williams Show! Starring: Nobody Else!" Carter-Williams is a vitally important piece of the puzzle, but his star only shines when he allows his teammates to become stars. Very fine player, but Syracuse has gotten stronger production from other players.

(3) Boeheim gave Carter-Williams 18.1 percent of available minutes last season. If Boeheim wanted him to sit on the bench and clap for his teammates that were carrying him to the Elite Eight, then yes, Boeheim did his job perfectly.


Syracuse will be retiring Carmelo Anthony's jersey at halftime of this game. Do you realize he went to Syracuse for like 9 months?


Don't you find it ironic that you often complain that Georgetown limits tickets to some home games to Georgetown alums and donors yet you proposed Syracuse do the same for its Midnight Madness after a STABBING occurred? From our perspective, it looks like even Syracuse fans don't want to be around Syracuse fans.

Don't you find it ironic that Georgetown had someone steal a gun from a peace officer at Georgetown's Midnight Madness a few years ago and shot a toilet -- which, if that person was high on meth from one of Georgetown's many meth labs, could have mistakenly thought was a person instead of a dumper -- at McDonough, yet you tie a stabbing to Georgetown's inane policy of limiting tickets to a game that Georgetown fans barely even attended and obfuscated the issue by associating it with an alumni Winter Carnival that even fewer Georgetown fans cared about? Nobody likes you.


Who are your five most hated Georgetown players of all-time? 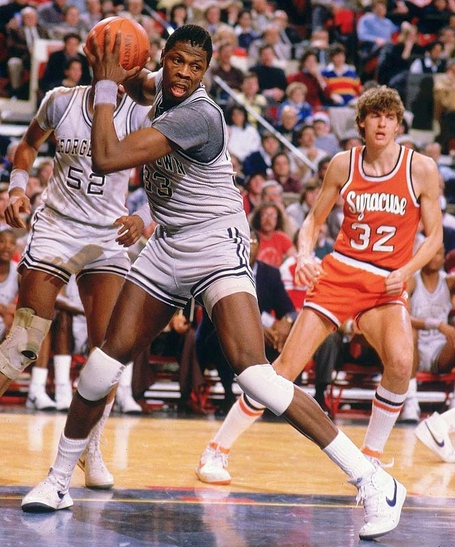 Look ahead to approximately 6:15pm eastern on Saturday. What will the reaction be on Nunes after Georgetown wins this game?

There won't be an Internet for one of two reasons: (1) Nunesians will have burned it to the ground if Georgetown wins; and (2) If Georgetown wins we'll be in an alternate reality where the robots have revolted against us, shutting down the Internet to limit our human communications, forcing us to flee for our lives and hide in caves for limited protection.


How do you see this game playing out? Final score prediction?

I don't do predictions, but this feels like it's going to be ugly. If Syracuse can consistently bury the ball, Carter-Williams does not play as if he's drunk on bleach, and the Orange do some damage inside, I feel pretty good about the outcome. If Georgetown attacks the top of the zone like Connecticut did and/or Otto Porter decides that he's going to make this his statement game for top-five consideration in the NBA Draft, I don't feel so good. Nate Lubick is a clown.