Sleeping with the Enemy: The Blue Demons of DePaul

Share All sharing options for: Sleeping with the Enemy: The Blue Demons of DePaul

Your Fighting Hoyas of Georgetown take to the court against DePaul tomorrow night in a classic trap game with the Carrier Dome Closure against Syracuse looming on Saturday. Here to dish on all things Blue Demons is our Catholic 7 brother WeAreDePaul.com, the place you want to go to satiate your DePaul thirst on the internet. WeAreDePaul.com, this bomber of CasuALE is for you. Let's get to it!

DePaul is rolling into Verizon Center on a one game winning streak. How cool is that?

It's a lot cooler than a nine or ten game losing streak, that's for sure. At least it helps boost the Blue Demons' confidence a little bit before going into hostile territory on Wednesday night.

Let's talk about Oliver Purnell. DePaul has seemed to be more competitive over the years but the results simply aren't there. Are you good with the Purnell era? Seems to me that the school would be better off getting a bigger name in that spot and a guy who could recruit the crap out of Chicago. Names that come to mind are Rod Strickland or (drumroll) Isiah Thomas. Thoughts?

Isiah Thomas? Isn't his name synonymous with Epic Fail? Florida International was just the latest in a series of failures for ole Zeke. We'll pass.

While Rod Strickland is an alum. He hasn't had the coaching experience. He also picked up a DUI a few years back which resulted in a demotion on Kentucky's staff.

Purnell needs the Blue Demons to finish out the year strong to show signs of improvement in his third year. He also needs to bring in some more solid recruits that complement his uptempo style to be successful in Chicago.


If I have one night in Chicago, where am I eating and what am I ordering?

It seems like we always end up talking about food. Not that there's anything wrong with that. With a thousand places to choose from in Chicago, it's hard to pick just one. But, if you like German food and some beers, then I'd recommend The Berghoff in downtown Chicago. It's the oldest restaurant in the city and has been family owned and operated since 1898. 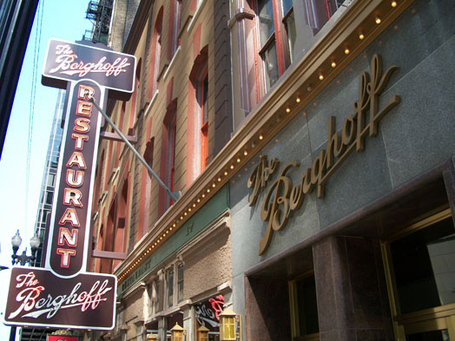 There was some chatter in the offseason about Cleveland Melvin making a leap and becoming one of the Big East's best players. What are your thoughts on Melvin and does he have a future at the next level?

Melvin has been one of the more consistent players on the team, DePaul just needs to find some more consistent guys to surround him with. A strong interior presence would allow Melvin to drift outside more.

I've talked with some scouts about Melvin. They all agree that he isn't ready for the league just yet. The consensus opinion is that he needs to develop his perimeter game in order to be able to play the three in the NBA.

Mmm, food again. Chicago style of course, and don't even think about saying the "K" word. Putting ketchup on a Chicago dog should be an imprisonable offense in the city. For me, it's mustard, onions, sometimes tomatoes, and celery salt. 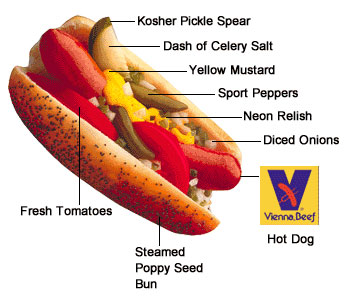 What are your thoughts on the whole Catholic 7 thing? Good for DePaul in the long-run or more of the same?

It's starting to get pretty exciting. Let's face it, the move was long overdue. Schools like Georgetown and DePaul had their fill of the Football schools making all of the decisions. The possibility of a hoops-centric league is exciting. Now the hoops schools get to determine their own fate and earn what should be a lucrative TV deal. I'm really liking it.

Does Georgetown's loss at South Florida this season give you hope of an upset in this one? What does DePaul need to do to leave Verizon with a W?

I can't explain the South Florida loss. It must be a "on any given Sunday" type of thing.

I really like Otto Porter. He was a great steal for JTIII. I feel that the Hoyas aren't receiving as much hype as the other schools at the top of the league. They are getting it done quietly.

Georgetown doesn't appear to be a very good rebounding team. That's one aspect where DePaul might try to gain an advantage.

This will be a big homecoming game for Melvin, Brandon Young, and bench player Montray Clemons. I keep harkening back to the last time the Blue Demons were at Georgetown two years ago. Melvin had a huge game in front of family and friends, and turned in a 29 point performance. While Brandon Young had one of his worst performances of the year. Brandon seemed to get nervous whenever playing in front of his mother. He was a freshman then. Hopefully he has now matured as a junior and will play well in front of the family. DePaul will need Melvin and Young to both have big games to have any chance of pulling off the upset.

DePaul has a brutal finish to the Big East slate, with Georgetown, Syracuse, Louisville, Pitt, and UConn still on tap. What finish in the standings would make you feel like this season has been a success?

The Blue Demons need to win at South Florida. If they can add to that one more home win (against UConn, Louisville, or Pitt), they could very well be in position to grab the #11 seed for the Big East tournament. If they advance on the first day of the Big East tournament, that would be a big confidence builder and something to build on going into next season.

At the end of the day, Georgetown is just too tough to handle at home. Hoyas win 78-75.

(Casual Note: If the game is that close I will light myself on fire.)