The Casual Awards: Somewhere In The Swamps Of Jersey

Share All sharing options for: The Casual Awards: Somewhere In The Swamps Of Jersey

The Hoyas earned a gritty 69-63 win over Rutgers in scenic Piscataway, New Jersey yesterday and as usual we're handing out hardware to those most deserving. I apologize in advance that this batch of Awards is a tad abridged as I needed to get them out before E!'s outstanding coverage of the Grammy's Red Carpet show starts! That Giuliana Rancic is an inspiration to us all. Away we go!

The Chris Wright Heart of a Champion Award:
Mikael Hopkins. So happy for Hopkins to get this award after a string of poor play that had (perhaps unfairly) earned him the wrath of the Hoya faithful. Hopkins scored 14 points, third on the team behind Otto Porter's 20 and Markel Starks' 19, but on an afternoon where Nate Lubick was hampered by foul trouble the Hoyas needed Hopkins to step up badly and he answered the bell. 6-9 from the floor in 32 big time minutes, not to mention a huge block at the end of the game to preserve Georgetown's 6 point cover.

Armon Bassett Memorial Award:
Rutgers' Eli Carter brought back memories of awful Ghosts of Georgetown Flameouts Past by heaving in dagger after dagger on an improbably slew of deep threes and contested jumpers. Thankfully everyone else on Rutgers sucks or Georgetown may have lost that game.

Chris Paul Award:
Markel Starks has continued his impressive run of play in Conference, dropping 20 points on 8-12 shooting and playing all 40 minutes. During a season where we have focused so much on Porter's awesomeness, Whittington's absence, Hopkins' shortcomings and DSR's emergence, it has been Starks who has been the true under the radar guy that has kept this ship sailing.

Ooh, The RAC is So Hard To Play In Award:
No it isn't. 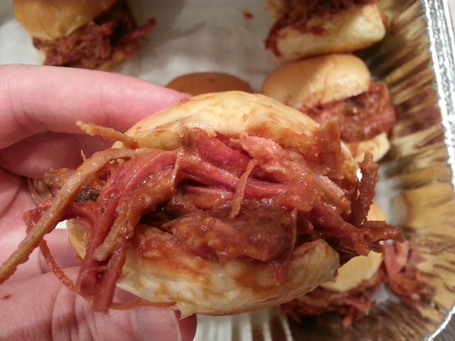 Oh, and if you're not eating pancakes you're also not eating. 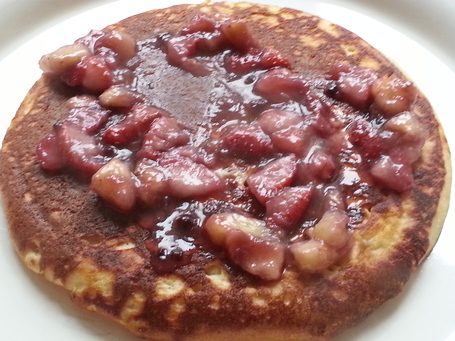 Oh, and if you're road-tripping to Rutgers and don't make a stop for these, you're blowing it:

The only appropriate thing we could get after a game in New Brunswick: Fat Moon, Fat Darrell and a milkshake (not pictured). Macbeth Award:
Double double foul and trouble. Mike Rice has made Rutgers unwatchable and he whines too much. Plus, I think he was wearing a purple shirt.

Spike TV Show of the Weekend:
Bar Rescue. Have a newborn that has prevented you from going out and enjoying Mardi Gras? HAVE NO FEAR JON TAFFER IS HERE. For those unaware, Bar Rescue is a show where this dude Jon Taffer goes across the country and turns around struggling bars by yelling at everyone. It's awesome and very manly.

Syracuse is Still a Fucking Joke Award:
James Southerland reinstated after his academic suspension. Look, I have no idea what Southerland did to merit the suspension but I'm pretty damn sure that whatever he did, he did it. Syracuse is a fucking joke and I hate it deeply.

We're Going Streaking Award:
Hoyas improve to 7-1 in Casual, Jr's lifetime and 4-0 since the purchase of this casual New Orleans Pelicans hat.

Five Overtimes Award:
It would be one thing if the Louisville - Notre Dame game were a well-played classic, but that game was so painful to get through that everyone seemed pissed more than anything after both teams were so incompetent at the end of each extra frame and relieved when it finally ended. Also, if Georgetown had a player like Russ Smith I'm pretty sure JT3 would light himself on fire. 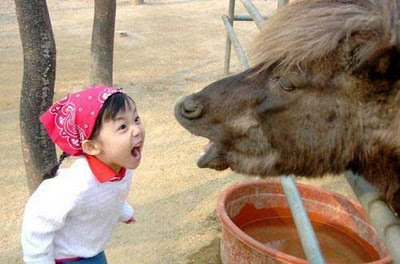 HEY RUTGERS! WE HAVE OTTO PORTER AND YOU DON'T

Barometer Award:
The Hoyas are now 17-4 and 7-3 in Big East play, having feasted on the NY/NJ metro area's crappy teams to move up in the Conference's standings. 3 of the next 4 games, however, are against fellow nationally ranked powerhouses in Marquette, Cincinnati, and Syracuse. We're going to quickly find out how good this team really is.