Sleeping with the Enemy: The Panthers of High Point

Share All sharing options for: Sleeping with the Enemy: The Panthers of High Point

Your Georgetown Fighting Hoyas are back in action against the Big South's High Point Panthers and as usual we here at THE GLOBAL PHENOMENON are bringing you everything you need to know about Georgetown's next opponent. Here once again to help us out and bring the noise for High Point is Mid-Major Madness, your premier source for all things mid-major on the internet.  Let's do this.

Don't take this the wrong way, but where in the blue hell is High Point?

Go southwest of Greensboro, North Carolina until you find what looks to be a scene on The Wire and you'll find High Point. It's a beautiful campus (that looks more like a resort than a college), but that's because it has to be due to the part of town it's in. Don't let the free valet parking fool you, it comes with a reason.

Talk to us about the High Point Panthers. Other than Eddie Morales (who seems to occupy every roster spot and play every position), who are some of the guys Georgetown needs to be aware of tonight?

To tell you truth, I was really excited about this game when I saw the schedules come out for the different Big South teams this offseason. My excitement has been tempered a bit now though because of Allan Chaney's status for the game. The guy you really need to watch is reigning Big South Freshman of the Year John Brown. Brown was picked as the Preseason Player of the Year by a number of outlets and is averaging 21.7 points, 9.8 rebounds, and 2.2 blocks per game. Brown is one of the most explosive players the Big South has ever seen and he's made SportsCenter plenty of times now with some monster dunks.

Adam Weary is the other guy that has been helping out the Panthers this year. He's a 6'3 shooting guard who has really improved in his sophomore season and is averaging 12.5 points per game, while shooting almost 60% from the floor.

High Point is the consensus favorite in the North Division, mainly because of their 1-2 punch with Brown and Chaney. Two things handicap the Panthers in my mind though, their head coach and their guard play. It seems like High Point fans are calling for head coach Scott Cherry's head every season and the guy just can't seem to win big games. Year after year it seems like .500 is where High Point is at and it shows with the way the team has meandered through out of conference play this year. With their frontcourt they should be dominating the Big South and comparable out of conference games. Part of the problem is the fact that they just don't have good guards that can distribute the basketball. Seniors DeJuan McGaughy and Derrell Edwards aren't bad, but neither of floor generals who can properly steer this offense.

Yea, I'm not sure how much you know about Allan Chaney, but he's quite a story. He was one of Billy Donovan's top recruits at Florida in 2008 and appeared in 23 games for the Gators before transferring a Virginia Tech. At Tech they found out that he had a serious heart condition and he now has a defibrillator in his chest. He never really ended up playing for the Hokies, but was cleared to play again and latched on with High Point last year where he averaged 14.5 points and 8 rebounds per game. He keeps getting eligibility from the NCAA and rightfully so.  He has an NBA body, but every time I've seen him he has looked a bit disinterested and seems to be going at half speed (which could be the medical issues?). He is saying that he's fine now, but it sounds like it's going to be a week to week, day to day thing the rest of the season.

Are you as devastated as I am about the tragic death of Paul Walker?

The irony of this guy dying in a car crash after leaving a car show... I'm pretty bummed, Fast & Furious is always good for about two hours of the most mindless entertainment possible and they always seem to be on the TV at like 8 AM on Saturday mornings. The dialogue is so incredibly cheesy/awesome. I'm interested to see what they do now with the new movie, which I'll likely see at an 8 AM on a Sunday on USA.

I fried a turkey over the weekend and feel pretty accomplished.  Tell me something you have done recently that might impress our readers.

Man, that's hard to compete with. I spent Saturday decorating a tree in our front yard for Christmas and after three trips to the hardware store and a lot of blood, sweat, and tears I'm ready to declare it my greatest piece of artwork ever. 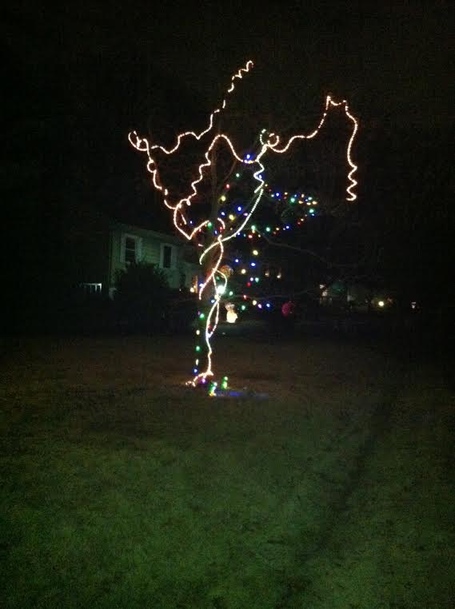 It just barely beats out my oil pastel of a Sunflower in 3rd grade that spent a month on display outside the foot court at Regency Square Mall. I hope you know how much that meant to me.

That ending of the Alabama-Auburn game: best finish to a sports game ever? Yay or nay and if nay give me your winner.

Nay, it was an incredible ending; but Douglas Freeman High School knocking off #3 Patrick Henry 3-0 in overtime in 2003 had to be the greatest ending in sports history.

So with beers my go to is always Modelo Negro. Dos Equis lager is usually on happy hour, so that's always a winner. My third would be Modelo Especial if I'm feeling a like a little lighter beer is in order.

In terms of dishes, I'm a shrimp/fish tacos guy and you can never go wrong with those. At lunch time the Speedy Gonzalez (taco/enchilada) is always my play. Third are my chicken quesadillas or basically the only dish my wife lets me make.

Special shout to my man Alfredo and the good people at DP3 (Don Pedro III). They are always bringing the heat as my local Mexican spot.

83-65 Hoyas. I just think the guard deficiencies and (likely) no Allan Chaney will be just too much for High Point to overcome.