Your Georgetown Fighting Hoyas are back in DC and ready for a well-deserved Thanksgiving break after a whirlwind trip to sunny Puerto Rico.  Before we here at THE GLOBAL PHENOMENON focus on important things like how I'm going to make a fried turkey this year and dominate everything, we're handing out some hardware to those most deserving.  Away we go!

The Chris Wright Heart of a Champion Award:
D'Vauntes Smith-Rivera.  26 points on 8-12 shooting from the floor including 5-6 from three and 4 steals.  Not shitty, DSR.  Not shitty.  Trend emerging for Georgetown thus far through 5 games.  Good DSR=Good things.  Bad DSR=Very bad things.

5th Place Never Felt So Good Award:
The Hoyas left Puerto Rico as the 5th place team in this buttfumble of a Tournament, but man, what a 5th place it was!  With the season on the brink after the loss to Northeastern, Georgetown turned it around to crush the Big-12s Kansas State Wildcats and take down the then nationally ranked powerhouse VCU Rams.  The loss to Northeastern stings, but at least not as much.  The Delusion Train, which was gathering mothballs in the station suddenly has hope, which as we all know is a very dangerous thing.

Not Relaxing Award:
VCU's "HAVOC" defense. No lead is safe against these guys and it was impossible to relax, even on the friendly confines of my couch.  Can't imagine what it felt like to be Markel Starks out there.  Jeepers.

Play Smarter, Please Award:
Jabril Trawick.  We all love 55's toughness and blah blah blah but if he can't stay on the court what's the damn point?  Too many times his aggressiveness is getting the better of him and in this new era of pussy-footing officiating Jabril is going to find himself on the bench shackled in foul trouble more often than not.

Get Off the Damn Court Award:
Shaka Smart.  GET OFF THE COURT DURING THE GAME, JACKASS.  Has this guy's ‘let me get down into a defensive stance like I'm really playing and start clapping all the time when we force a turnover' act worn off yet?  I'm going with yes, at least until he's the Georgetown coach in the year 2025. 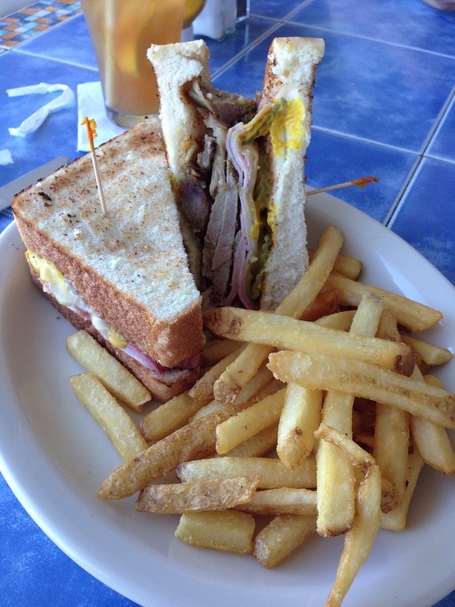 So You Think You Can Dance Award:
Greg Whittington. Perhaps the rumors of Greg actually being able to contribute this season are true?

The Redskins are Terrible Award:
The Washington Redskins.  Related, if you actually believe that the Redskins should change the name of the franchise then you should probably move to Russia.

Quotable Award:
Shaka Smart: "I want to be careful what I say as it relates to the way the game was officiated, but I will say it is very, very difficult to continue to play aggressively when all of a sudden the game is called much closer than it had been earlier in the game." Really?  STOP FOULING THEN, JERKS.

What The Hell Was That Award:
Miley Cyrus.  All I wanted to do was tune into the American Music Awards during the 4th quarter of the riveting Broncos-Pats game to relax and see what Miley was up to but she had to go ahead and put that damn lip-syncing cat on in the background of her performance.  What's the big deal, you ask?  Well, Teddy (casual maltipoo) decided to bark his head off at said cat which would have woken up Casual, Jr. (casual kid) had I not flipped to channel back to Tom Brady immediately.  Thanks for everything, Miley.  Speaking of the AMAs, these music award shows pretty much are all that is awful about America.  Good to see Christina Aguilera back in fighting shape though. 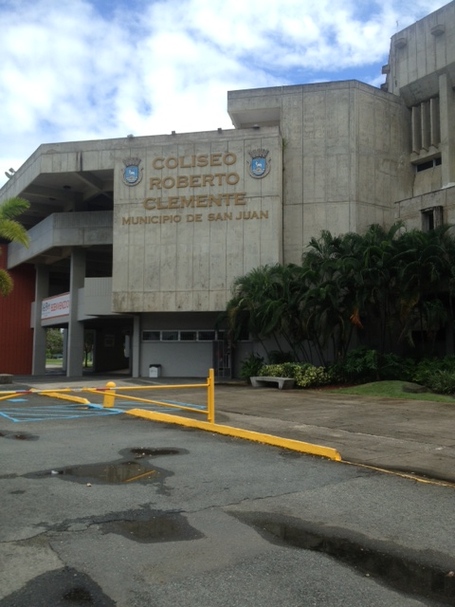 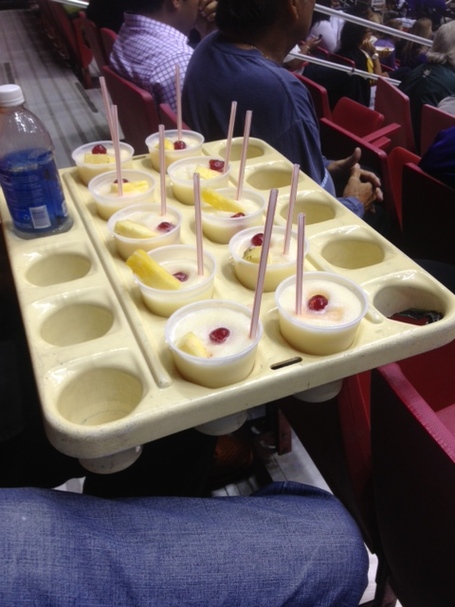 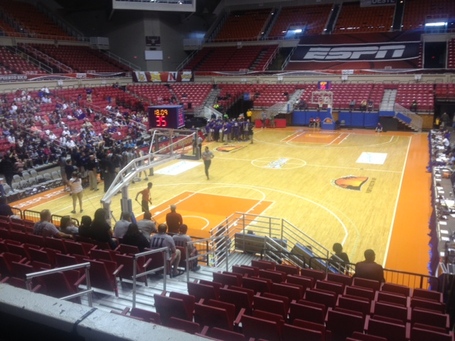 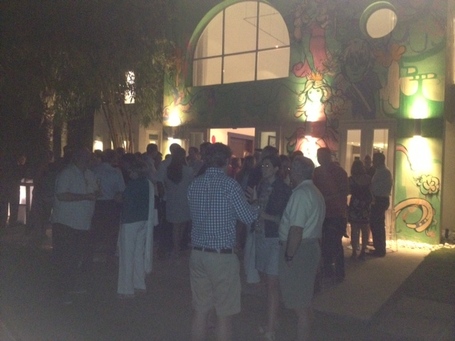 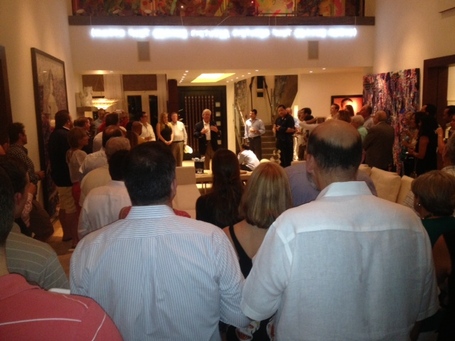 Larry Bird Free Throw Shooting Award:
Josh(ua) Smith, Mikael Hopkins and Moses Ayegba. Big Man U is back!  And now we can shoot free throws!  Our bigs combined to shoot 13-15 from the line.  That's pretty good!

Best Guy You've Never Heard of Award:
Michael Hunt.  The unfortunately named Mr. Hunt of the Milwaukee Journal-Sentinel wins this in a landslide, as he is the only AP voter to rank Georgetown this week.

Tweedle Dee and Tweedle Dum Award:
ESPN's broadcasting duo of LaPhonso Ellis and Alvaro Martin. These guys were nothing short of an embarrassment calling the game and there's really no other way to describe it.  Ellis is a Notre Dame grad and his jealousy of Georgetown peers through his smiley face like a pimple ready to be burst.  Martin, who I had never heard of and was likely moonlighting from his usual job as Professor of Not Knowing Anything About College Basketball, was consistently mixing up players on both squads and even more horribly, was calling the game wrong, communicating the wrong information including, but not limited to, inexplicably saying Josh Smith missed a free throw after he had made it.  How does that fucking happen?  You suck, Alvaro Martin.  Also, he went to Harvard which makes him a huge nerd.

Bravo Award:
This week's look at Bravo-based reality television turns to the Real Housewives of Beverly Hills, who introduced two new cast members this season.  One who appears to be some sort of witch and the other a former beauty queen who is somewhat casual.  Jury's still out on how these two with mesh with the stalwarts of past seasons, but if you ask me, that Brandi Glanville is getting a little bit too big for her britches.  Over at Vanderpump Rules, the Jax-Stassi saga rolls on with no real resolution in sight while Kristin and Tom need to realize that their relationship is over. Tyler Adams with the assist

starks can make the press his biotch

"such a smart player."

this is such high-quality commentary.

ESPN is really getting some mileage out of their ability to use google maps. WHY IS CAPRIO ATTEMPTING TO BREAK HAVOC

I didn't actually open that

What kind of links are you putting on this family blog?

They probably know how to take it to the hole

it’s the return of the Casual Cougars T-Shirt contest.

contingent on their ball-handling skills during double penetration

Can we give Joshua Smith a nickname?

I was thinking "Round Mound of Gtown"

So the VCU defense, which is predicated on basically fouling, has yet to concede a free throw?

And VCU is in the double bonus.

I HAVE 30MBPS OF INTERNET SPEED. CAN'T SEE A THING. it's amazing what our offense can do

when we get a shot off

I was clearly wrong.

Motherf*#$er, you're not a vet, just old

FUCK IT I'M OUT OF IDEAS

Are those Georgetown or VCU fans shouting

Just people who thought they'd be home before midnight

Did I see an attractive Georgetown cheerleader?

WHAT THE FUCK DOES FGCU HAVE TO DO WITH THIS GAME

Motherf*#$er, you're not a vet, just old

is that coming back? I have a shelf full of pants that could return to the rotation…

Ok regardless of how this game ends today

I’m sold VCU and Georgetown could be a fun rivalry. I would have no problems adding them to the Big East (media market be damned).

No one else is going to try it again now.

THIS IS THE LONGEST 40 MINUTES OF MY LIFE

Bowen's pass to get that across halfcourt without being intercepted, while being double-teamed

Was the best thing he’s done all season

Shouldn't we be in the triple bonus now?

After all that anxiety...

Yeah, I used to drive the GERMS Mobile. Don't Hate.

High Hopes Award:
Georgetown Hoyas.  The loss to Northeastern is now firmly in the rear-view mirror as the Hoyas look ahead to Thanksgiving break and a feast upon their return against the likes of Lipscomb, High Point, Colgate and Elon before a trip to scenic Lawrence, Kansas.  Assuming the Hoyas are 7-2 heading into that game, a win against the Jayhawks will likely elevate the Hoyas into the Top 25 for the first time this season.  High Hopes!  Take it away, Bruce!