The Casual Awards: We're Back!

Share All sharing options for: The Casual Awards: We're Back!

The Georgetown Hoyas got back on track by thrashing the Wright State Raiders last night to earn its first win of the 2013-14 season.  Before we move on and begin to focus on the upcoming Puerto Rico Tip-Off Classic, we're handing out some hardware to those most deserving.  Away we go!

The Chris Wright Heart of a Champion Award:
The Backcourt.  Markel Starks and D'Vauntes Smith-Rivera share this award, as their combined 48 points on 15-27 shooting and 9 assists were too much for Wright State.  Starks and DSR were hot early and often, as the Hoyas jumped out to a quick double-digit lead and never looked back.

Hollis Thompson Memorial Award:
Reggie Cameron.  Reggie checked in early and quickly emerged as a legit threat for playing time this season, knocking down three threes and showing an effortless trigger and quick release.  Me likely.  Me likey a lot.  I'm not sure what Reggie can do off the dribble yet and he seemed a bit slow on defensive switches around the perimeter, but what we saw last night is what the reports indicated of Cameron in Kenner League: a near lights-out shooter from long distance.  He's essentially already a better Stephen Domingo, who I was waiting to anoint with this Hollis Thompson Memorial Award all of last season but never had the chance.  Reggie also played 18 minutes, good for 4th most on the team which tells me he has already earned JT3's trust.

Big Man U Award:
One would think this would go to Josh(ua) Smith, but his underwhelming 6 points and 3 rebounds performance leaves the door open for this award to go to Mikael Hopkins Moses Ayegba...wait for it...Bradley Hayes!  Congrats to Hayes on his first points as a Hoya last night, though we're still waiting for that first basket.

Stop Bringing the Ball Down To Your Waist When You Catch It or You're Going to Get Stripped Dammit Award:
Josh(ua) Smith. Honorable mention: Mikael Hopkins.

Season on the Brink Award:
John Caprio has half as many defensive rebounds this season (1) as Josh(ua) Smith (2).

Casual Raider Award:
Wright State guard Reggie Arceneaux. I'm not sure how Arceneaux, a New Orleans product, made it out to Wright State, but since he is from New Orleans he is automatically certified casual. 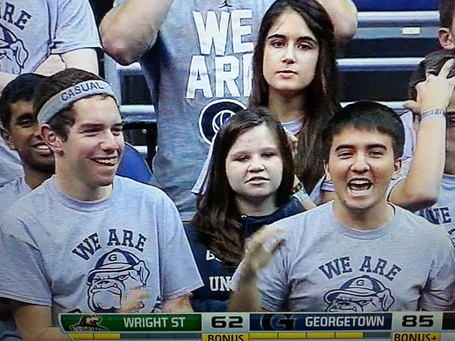 Straitjacket Award:
Aaron Bowen.  I love the excitement that Bowen brings to the floor, but it's not always the right kind of excitement, you dig?

Thundersnow Award:
Nate Lubick.  Nice 6 points, 8 rebounds and 3 assists for Lubick, who played a very disciplined game and did all the things that Lubick does best, including a nice Thundersnow throwdown in the second half.  The Thundersnow effort was Georgetown's lone dunk of the evening, because....

A Tradition Unlike Any Other Award:
Georgetown missing dunks at the Verizon Center.  Thank you, Jabril Trawick.

It's Been So Long Since Last We Met Award:
It had been 244 days between Georgetown victories, with the Hoyas last win coming against Cincy on March 14, 2013 in the Big East Tournament. That's a long fucking time!

Document Your Lunch Award:
Falafel platter at Mona's in New Orleans.  Doesn't get much better than this for what you're looking for in a falafel platter.  Not pictured is a heaping pile of whole wheat pita for the win. 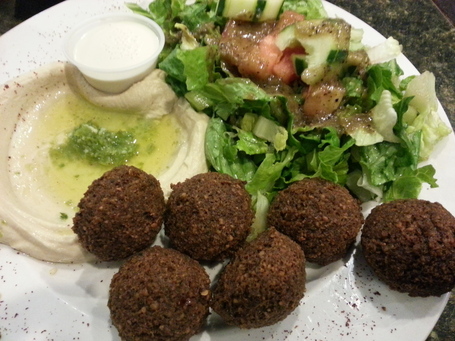 Growing Pains Award:
Fox Sports 1. Dick Stockton! Stu Jackson! Oh that NFL music!  Amazeballs!  However, it became clear after awhile that Stockton and Jackson really didn't know much about the team, the players, the anything, really...and the highlights featuring Nate Lu-brick and a 20 second attempt to properly pronounce DSR's name were terrible.  But don't just take my word for it:

No Jet Lag For Those Guys Either Award:
Oregon.  The Ducks trounced Western Carolina last night by 24, with Joseph Young pouring in 36 points in the win.  After a sluggish 1st half, Oregon dropped 66 points in the 2nd.

From The Guys in Section 102, Row S Award:
Another wasted year... 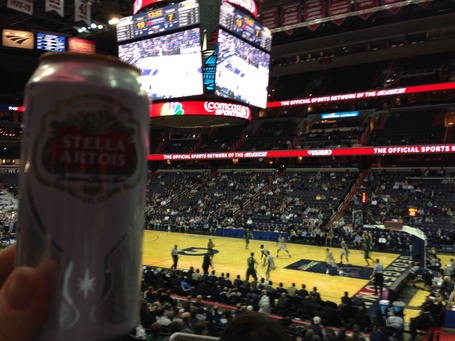 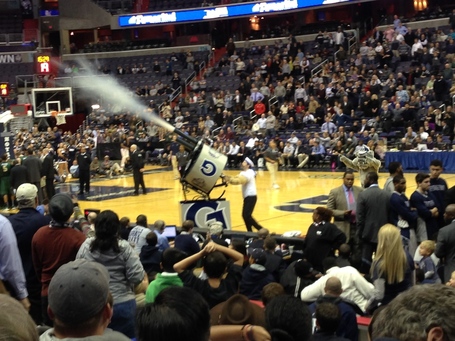 Tim Gunn Fashion Award:
I see you, John Thompson in that casual newsboy cap.  I see you. 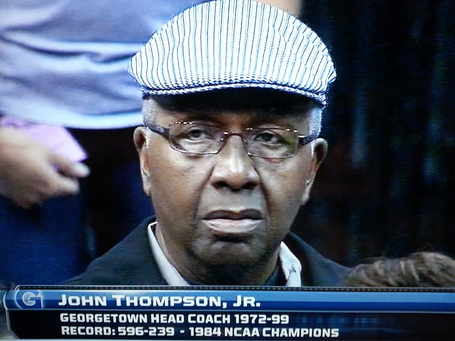 Get Your Shit Together Award:
Whoever it was responsible for the fiasco at the door that delayed the students from getting into Verizon last night.  This really isn't that difficult, people.  Look how cold they all are! 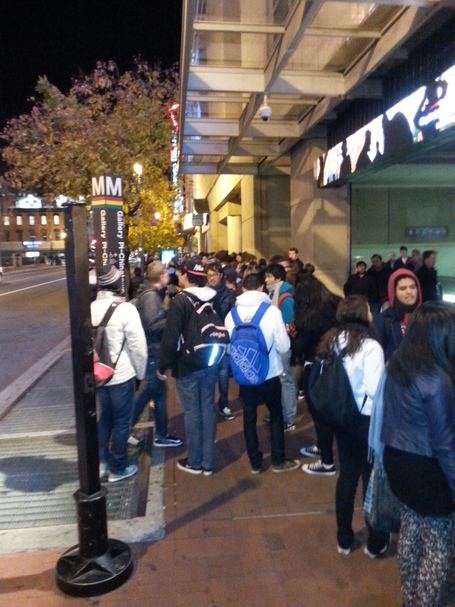 At Least They Made It In At Some Point Award:
The students.  Good work by all. 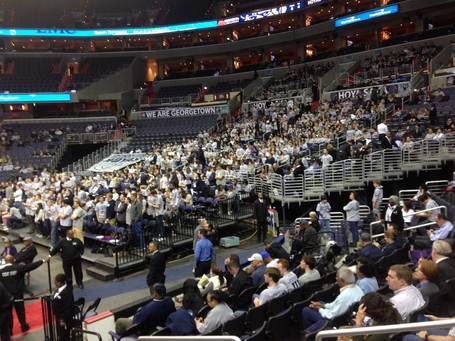 Bravo Award:
This award isn't for play on the court but rather what's happening on the world's greatest TV station, Bravo!  Today we delve into the wonderful world of Vanderpump Rules, where, in this week's episode Jax's attempt to get Stassi back by getting her name tattoo'd on his arm went horribly awry!  Why did you do that, Jax? Why!  Stassi is attractive and all, but Jax could probably land any chick in L.A at this point.  My advice would be to move on, bro.  Also, Scheana is horrible. 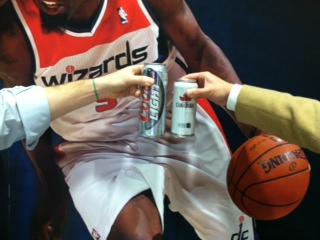 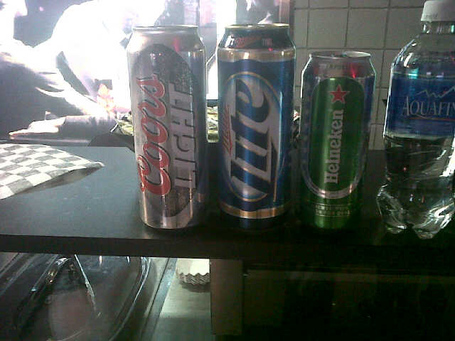 Quotable Award:
JT3:  "When I said a couple of weeks ago that this is the hardest schedule we've ever had, I was not talking about the Kansas', Michigan State's or Oregon that the layman will know. I'm thinking about the Wright State's and the Elon's that the casual fan may not know but they are going to end up, likely, as an NCAA Tournament team. They're a very good team and they're a veteran team, so it's going to be a difficult test and that's by design."  Well, that's just great.  If we lose in the first round again I am going to light myself on fire and broadcast it to the world.

The Yellen Fed Award:
There is no inflation in this great country and the Federal Reserve is not embarked on a reckless and traitorous plan to destroy the value of the Dollar and the fact that the price of a Stella tall at the Verizon Center has increased more than FIFTEEN PERCENT ($8 to $9.25) in two years is outlying datapoint that does not belong in core CPI.

‏@GeorgetownJack 1mPHOTO: He’s not yet ready for primetime, but Jack will be cheering on our #Hoyas tonight from home in his #WAG gear: 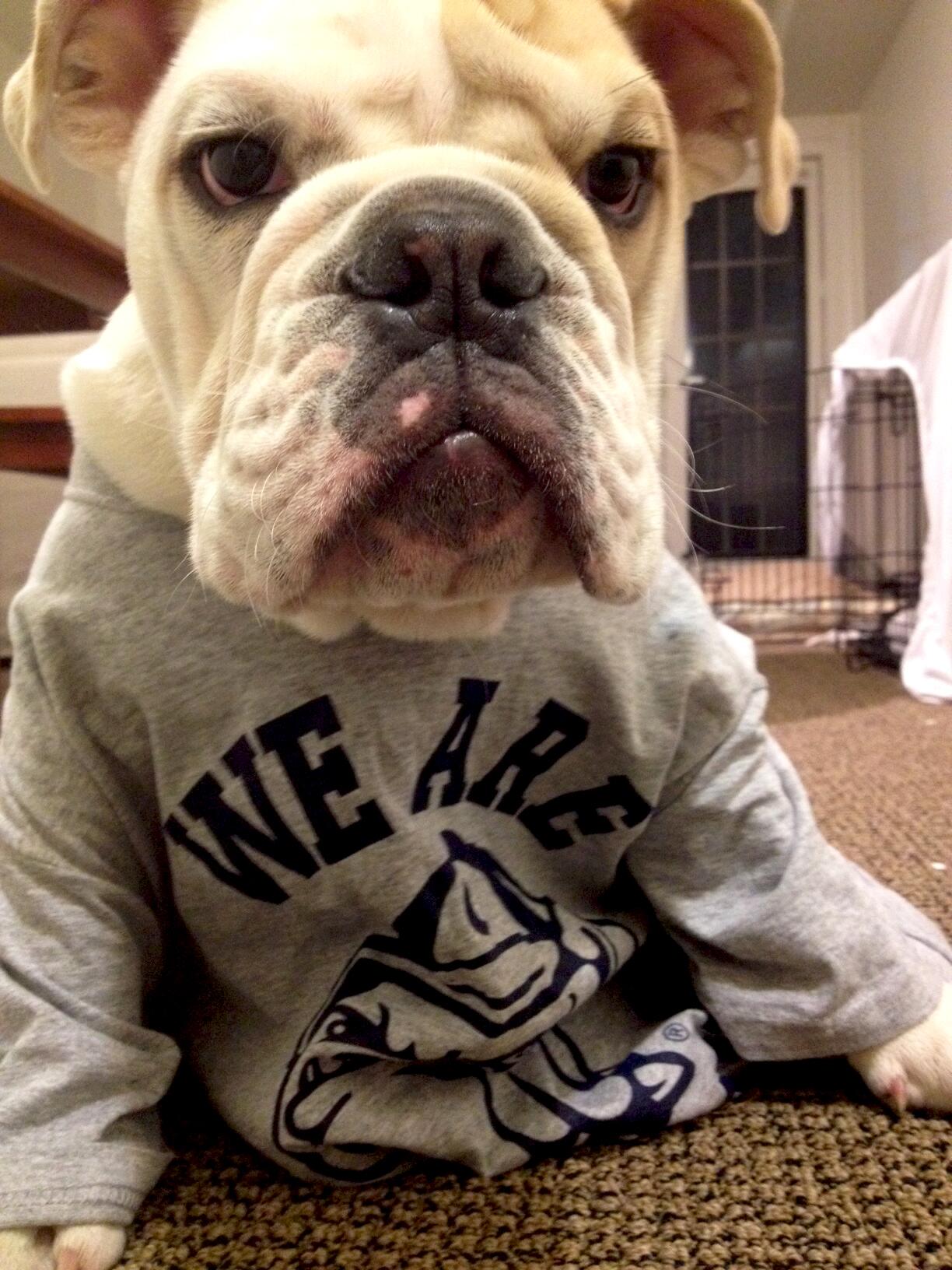 did that guy just bounce off Smith?

Can't wait to get the sideline report from Tony Siragusa

Markel Starks has the eye of the Jew

Where was this shooting last weekend?

I either need to stop drinking or finish the bottle

the game’s over right?

I wouldn’t have minded if Fox had at least ATTEMPTED to get creative and come up with a brand spankin new theme for their acquisition of Big East basketball (sorta like the SEC on CBS theme). I can only take so much of that tired football theme 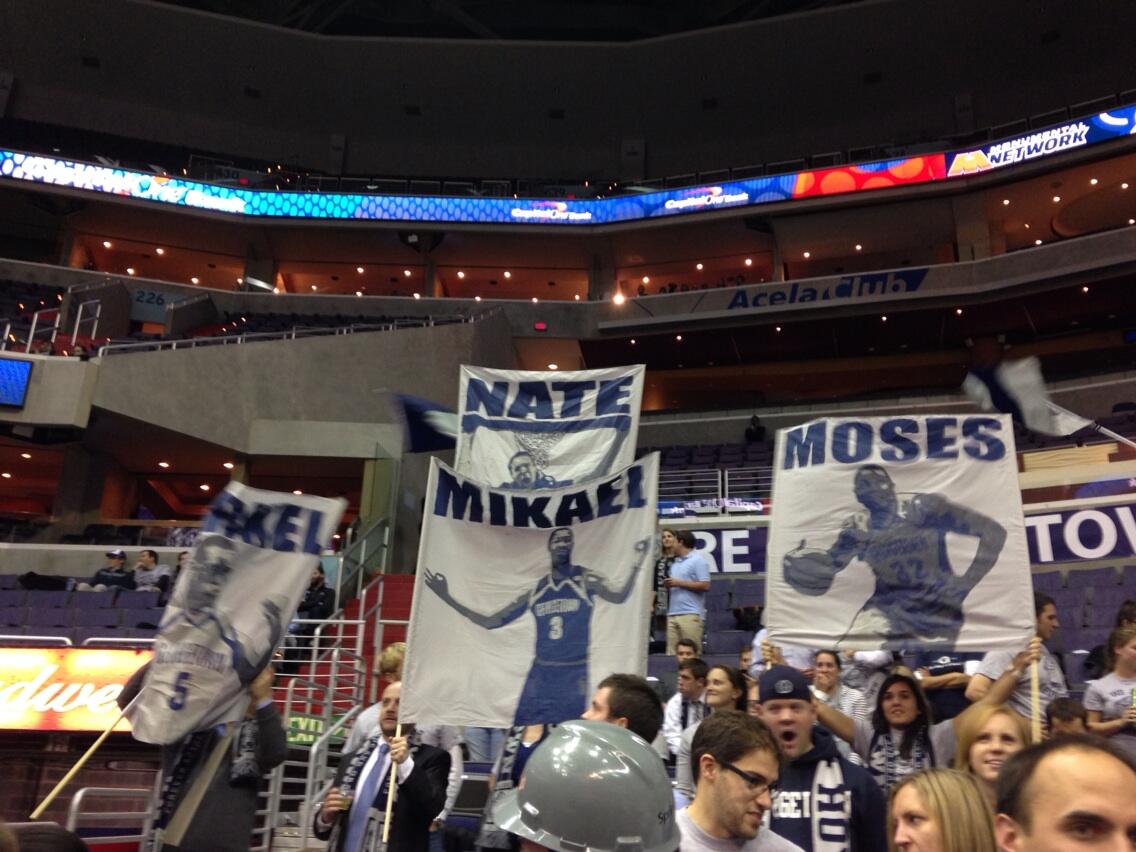 NO AARON BOWEN DOES NOT REMIND ANYONE OF REGGIE WILLIAMS

Is John Caprio has a scholarship

The Otto didn’t play AAU of this season? I feel like it is. I’m concerned.

…spent a good chunk of the second half groping and air humping a row of girls in the back of the student section in 117. This is likely documented on approximately 453,543,654 Instagrams, Vines, Manga novels, cheer sheets with 80 different fonts…whatever it is the kids are communicating with these days.

TAKE IT UNDER THE TARP, YOU CRAZY KIDS!!!!

Bad Omen Award:
Anyone want to explain to me why this was outside of the Verizon Center last night? 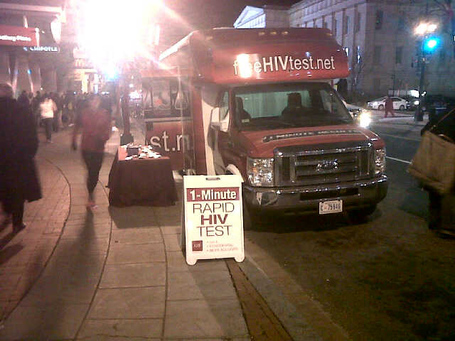 Good Omen Award:
From our guy ‘TakeThePoints' out in Oklahoma City: "I'm a block away from my place, and notice THIS.. Abandoned, yet prominent laying in the middle of the street in OKC across from my favored Irish pub. Risked my life to get a ground level shot.  Long live the blog and the NCAA championship this year." 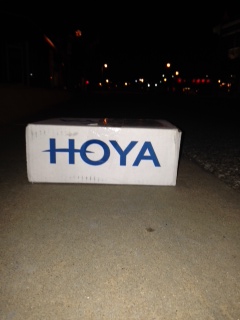 The Puerto Rico Tip-Off and Northeastern is NeXt.