Share All sharing options for: The Casual Awards: Hoyas Quack Under Pressure

Get it? Quack under pressure? You know, since we lost to Oregon and their team is called the Ducks and ducks say quack?  Welcome to the first Casual Awards of the season, our chance to hand out hardware to those most deserving after each and every Georgetown game.  You ready? I'm ready. Away we go.

The Chris Wright Heart of a Champion Award:
Josh(ua) Smith.  25 points on 10-13 from the floor in a whopping 27 minutes! Sweet.  Folks will point to Smith's lack of rebounding (4 rebounds, 0 on the defensive end) and slow switches on defense as a reason to poo-poo this performance, but make no mistake about it, this is an excellent sign of things to come for the Hoyas.  A beast in the post and nearly impossible to stop if he gets the ball within spitting distance of the rim, Smith is going to be a big problem for Georgetown's opponents this season. Now, if everyone else could just figure out how to shoot.

Watergate Award:
Reports after the game indicated that one of the rims was set at 10 feet 3 inches and that both rims were different heights. Really? I mean, it's no excuse since both teams had to shoot on the same rims, but come the fuck on.  This is on top what of what appeared to be an issue of water/sweat accumulating on the court causing a number of players to slip. Putting Georgetown in these gimmick games is great for the guys on the team (nice fresh Nike gear), the team's exposure and the promotion of the Georgetown brand, but this is the second year in a row where the opener really felt like an exhibition match that was more of a made for TV event than an actual game.  That said, really looking forward to playing Kentucky on the moon to open next season.

The Lord Voldemort Award:
Yes, this game was being played in South Korea and yes, it's going to take awhile for this team to gel, but Georgetown got beat by an Oregon team playing without two starters and got very little from Damyean Dotson (7 points on 1-8 shooting), one of its best players.  Josh Smith can beast all day this season but if the Hoyas can't get production from DSR and someone at the SF spot, this season could be a long one.

Document Your Lunch Award:
Spinach and cheese nachos at the Superdome.  My guess is that you didn't have these like I did at the Saints game last night and therefore are feeling much better than I am this morning. 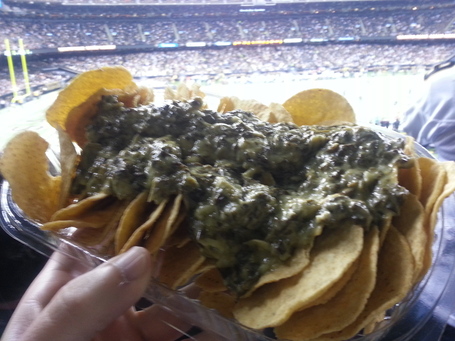 Tim Gunn Fashion Award:
Would it have killed the coaches to wear suits during the game instead of some polo and khaki combo?  What is this, some sort of rec league game?  Come on!  And if not suits, then really do it the right way and dress in full military gear like that guy in A Few Good Men who killed himself.

Gumby Award:
Aaron Bowen.  Bowen is erratic at best and sloppy at worst, but it's damn exciting to watch.  Slipping and flailing all over the place while throwing balls out of bounds and taking jumpers that rarely have a chance, Bowen can drive a man crazy. But then he soars for one of those insane putback dunks and suddenly all is well on this godforsaken Earth again.

Quicksand Award:
The Georgetown Hoya defense. The last two seasons, Georgetown's defense was among the best in the country. Friday, it was abysmal, giving up 82 points on 69 possessions, allowing Oregon to make more than half its shots from inside the arc, and abetting a Duck parade to the free-throw line. Georgetown's defense probably will improve as the season wears on: rotations will improve, the footing won't be quite so slippery, and the Hoyas won't get whistled for 31 personal fouls. But there's plenty of cause for concern: Smith is slow-footed, to put it mildly, hurting Georgetown's help defense; the Georgetown guards were porous; and the Hoyas lacked an intuitive talented defender (Otto Porter? Greg Whittington?) to cover up for his teammate's mistakes.

McCourt School of Public Policy Award:
Your Georgetown Hoyas. A brief review of the Hoyas' recent forays into more than just basketball. 2011: a diplomatic tour of China hits a snag when a bench-clearing brawl instigated by the Bayi Rockets turns into a scary mob scene. 2012: a season-opening game on a ship to honor the troops is canceled because of condensation on the court. 2013: a season-opening trip to Korea avoids a brawl and results in a completed game, albeit a Georgetown loss. Progress! By 2016, Isaac Copeland will hit a game-winning three-pointer in Tehran then broker a deal on Iran's nuclear development.

Hope is a Dangerous Thing Award:
Mikael Hopkins.  Call me crazy, but I really liked what I saw out of Mikael Hopkins against Oregon.  He was active on both sides of the floor and finished with 10 points, 6 rebounds, 1 block and a nice 4-5 from the free throw line in just 15 minutes.  Yes, he was in foul trouble throughout and yes, his technical foul for barking at some midget after grabbing a rebound over him was absurd, but at least he showed some spunk and fire out there.  Which is more than I can say for...

Sometimes its Best to Have a Senior Come Off the Bench Award:
Nate Lubick.  Love the kid and he does what he does well, but the problem is that what he does isn't going to help Georgetown win games like this.  Lubick is a nice hustle guy and a heady player, but he brings nothing to the table offensively and while his passing is an asset, I don't think Georgetown would lose much starting Hopkins at the 4 spot and bringing Lubick off the bench.  Hopkins is simply a more dynamic player and one that actually requires the other team to guard.  When teams wise up and start doubling Josh Smith down low, Georgetown is going to need another weapon down there that can produce.  Lubick isn't that guy right now.

Andy Katz Annoys Me Award:
Andy Katz.  Maybe its my hatred for ESPN generally, but something about Andy Katz has started to piss me off.  I feel very strongly about this.

Holy shit you guys, the season has started. "I can take anyone off the dribble. It's that simple."

WE WON THE TIP

Undefeated season in the making.

this place needs a dimmer switch

moses checks in before hopkins...interesting

Theory: Coming back for each season is like a woman deciding to have a second kid

You remember the good stuff, and after awhile, forget just how excruciating the process was last time i enjoy it as much as KP

give hopkins the DISRESPECT jersey

the new rules are awful

that smith breaks this year? I call it 4

tyler adams must have a foul by this point.

This apparently will be an unpopular opinion

But I’m fine with ugly 30 foul games now for a better game at the end of the year/next year. College ball had turned into the NBA of the mid 90s. Low scoring games that sucked to watch. If this is what it takes to get rid of the 52-48 suckfests I’ll take it.

Is every game going to be called like this now? Are we going to have to break out the rulebook with every charge?

I thought he was always much larger than the other bald guy.

there's a trophy for this crap?

Welcome to the new NCAA

Going to Curse Because I Can Award:
Outcome aside, it was really fucking awesome watching Georgetown basketball again.  This season is going to be a lot of fun.

Wright State is NeXt. 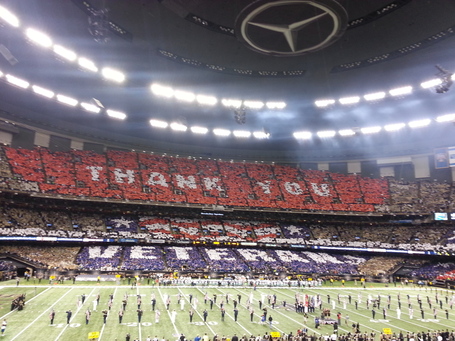