Georgetown's 2013-14 college basketball kicks off tonight with Midnight Madness Basketball Tip-Off Party at McDonough Gymnasium. After an offseason full of coaching staff changes, injury bugs, riveting games at Kenner, and the Josh Smith NCAA waiver saga, it's time to bring the focus back to what Georgetown does best.

WASHINGTON - Highlighted by a live performance from hip-hop star B.o.B. and in front of a national television audience on FoxSports 1, Georgetown University will officially start the college basketball season on campus with the Basketball Tip-Off Party, being held at McDonough Arena on Friday, Oct. 25.

The evening will serve as the introduction to the Georgetown men's and women's basketball teams to the student body and fans. The evening will include performances from several student groups, capped off by hip-hop recording artist B.o.B.

All of the festivities from the Basketball Tip-Off Party will be streamed live, for free, at GUHoyas.com beginning at 7:30 p.m., on Friday evening. Click HERE to view the live stream.

Doors for McDonough Arena will open at 7:30 p.m. Outdoor activities include a Domino's Pizza pop-a-shot and an interactive Coca-Cola experience with free samples as well as premium giveaways. Upon entering this Georgetown University student -only event, guests will receive an exclusive Jordan Brand Georgetown Basketball T-shirt and a lighted keychain.

There will be dance routines by the GU Step Team, GU Dance Team, GU Jawani, and Groove Theory beginning at 7:45 p.m., as well as a performance by Roy Kim, a Georgetown freshman from South Korea who was the winner of that country's version of America's Got Talent.

In addition, the men's and women's basketball players will be pairing up with students in a number of shooting games. The women's basketball team will be introduced at 8:45 p.m. and the Georgetown Pep Band and cheerleaders will take the floor at 9:15 p.m.

The Hoyas men's basketball team and Head Coach John Thompson III will be introduced at approximately 9:45 p.m. followed by a dunk showcase and a series of drills.

As always, the night will include surprise appearances and excitement for the upcoming season.

Excitement for the upcoming season! 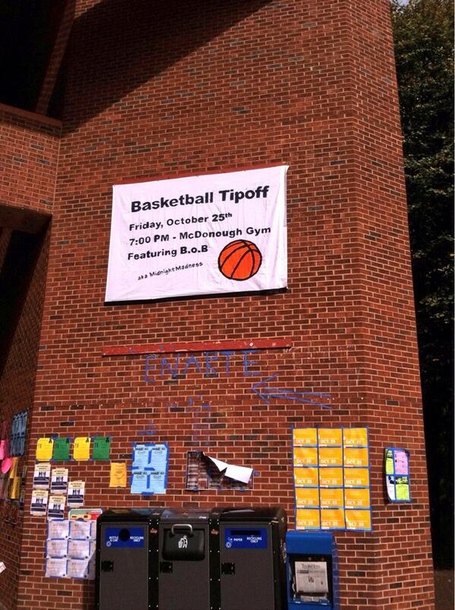 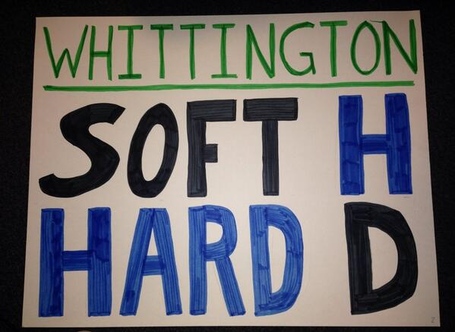 Now Midnight Madness Basketball Tip-Off Party has become a tradition at Georgetown, and the University smartly uses the event as a springboard to seduce recruits. Indeed, it is alleged that after seeing Patrick Ewing, Jr. teach Jerry Rice the Soulja Boy dance, Greg Monroe told Duke to shove it and started seeking out the more casual apartments in Copley.

Indeed, tonight takes on a similar importance, as courtesy of Hoyas247, below is the list of recruits that will be attending tonight's festivities:

But the best part of Madness Tip-Off Party is that it truly marks one of the only times where the team is allowed to celebrate with the students before the season starts. Members of the team are encouraged to show off their best dance moves (mostly to disastrous and hilarious results), and even JT3 gets in on it.

So for students who still are lucky enough to live on campus and experience the awesome optimism that comes with the dawning of each college hoops season, get your ass to McDonough. This is your chance to let the players know in October how loud you'll be for them when the games start to really matter in late December through March and hopefully April. This is your chance to show the team that Georgetown matters.

Georgetown basketball is back.