Sleeping with the Enemy: The Bulls of South Florida

Under the covers with the Bulls.

Share All sharing options for: Sleeping with the Enemy: The Bulls of South Florida

The Big East season rolls on as the Hoyas get set to head to Tampa to take on the Bullls of South Florida, and as usual we here at THE AWARD WINNING GLOBAL PHENOMENON are bringing you everything you need to know about Georgetown's next opponent. With us to dish on all the Bullshiz are our friends at VooDoo Five, the bestest USF spot in all the land. Gents, this bottle of CasuALE is for you. (Speaking of which, thanks to @Rubie_Q, you may notice the new stash of CasuALE in the logo above). Let's do this.

What's your take on the job Stan Heath has done so far? Do you see him sticking around at USF after all this conference realignment dust settles?

It's nearly impossible to win consistently at USF. Or at least it is for however long they're in a big-time basketball conference. I accept that USF can't be an NCAA Tournament team every single year. They have to be like Miami, who builds up to a good year or two, then sinks back down, rebuilds their team, and comes back for another run. That's about where USF is right now, so I'm satisfied with what Heath has done.

As for the other part of the question, it depends on where USF is when the dust is actually done settling. If we're stuck in some bullcrap mid-major league, he's going to leave as soon as he can. If FSU ditches the ACC down the line and USF is able to take their place, I'm sure Heath will stay as long as he is allowed to.

I am a 5-star hoops recruit from Florida and really want to go to college in my home state. Convince me why I should go to USF over FSU or Florida.

(Seriously, I can't answer this question. I could have a year ago before the Big East blew up, and I might be able to in a couple of years if the realignment chips fall USF's way, but right now there is no conceivable pitch that would work.)

Is Mons Venus all it's cracked up to be? 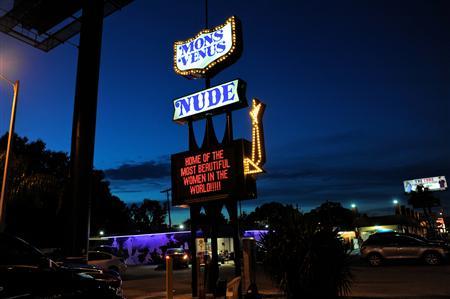 I wouldn't know -- I've never been there. I've only been to a strip club one time... I went to some generic place while I was in college and I was miserable. I always liked the smart, nerdy girls (my wife is both) and none of them are ever strippers.

Who are the players that Georgetown needs to watch out for on Saturday?

The Bulls are dealing with injuries and some wildly inconsistent performances from game to game, so it's not a very long list. Anthony Collins is still a whirling dervish at point guard, able to get into the lane, find the open man, or set up a number of athletic wings for lobs, like Victor Rudd and Jawanza Poland. USF doesn't have much in the post after Waverly Austin was ruled ineligible and ended up at Oregon. It's pretty much just Toarlyn Fitzpatrick down in the block, and he's not been playing well recently.

You might start seeing more of Javontae Hawkins, USF's headline recruit in the class of 2012. He got some extended minutes against Rutgers on Thursday night and played a pretty good game. Since the Bulls aren't going anywhere this year, they might as well get him some meaningful action.

The 2012 Republican Convention was widely panned for being one of the worst ever. Is this Tampa's fault or should we just stick to blaming Romney? 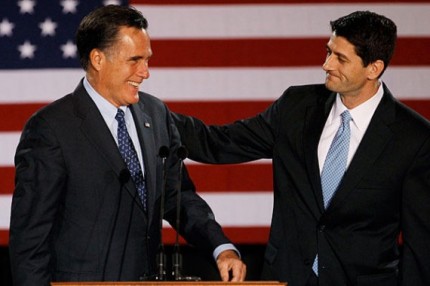 There were three really terrible things about that convention, and only one of them was Tampa's fault. One thing was Hurricane Isaac, which sucked all the life out of the whole event before it even started. The second thing was the oppressive, Phil Ken Sebben-like security measures. You couldn't have gone downtown to stir up anything even if you wanted to. (Side note: I think the protest community stayed away because they figured the GOP would do their job for them by being insane.) And the third thing was obviously Clint Eastwood.

I have one night in Tampa. Where am I eating and what am I ordering. Please don't say Bern's steakhouse, thanks.

I haven't lived in Tampa for a decade so I had to send out for help on this one. Collin suggests Datz, a deli and restaurant in south Tampa. He says, "They have everything under the sun from chicken and waffles to pastrami sandwiches, and all of it is gourmet amazeballs." (Note to self: Go there next time you visit your parents. You could walk there from their house.) 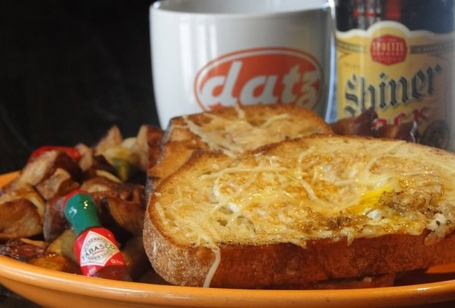 Also, we did something like this for Cardiac Hill during football season. Lots more suggestions here.

What finish for the Bulls in the Big East this season would make you consider this season a success?

Too late! I would have said a .500 conference record when the season began, knowing that USF was going to take a step back. That's definitely not going to happen now. They may not win more than 3-4 conference games. They're... they're not good. They stink.

Much has been made of the Catholic 7 forging their own path but you rarely hear anything about what USF is thinking. In the space below, feel free to take out any lingering frustrations you may have and explain who is to blame for USF's current limbo status in the world of conference realignment. I am hopeful this may be a cathartic exercise for you.

Well, our USF Christmas Carol was the cathartic exercise for me. Long story short, the only better place for USF to go is the ACC. But they already have Florida State and Miami. (The phrase I've heard used to explain our problem is "geographical redundancy.") We're reduced to hoping that Maryland doesn't have to pay the entire $50 million exit fee to leave for the B1G. If they get a discount, everyone figures that FSU will get out of the ACC in the ensuing madness, and then USF is a ready-made replacement.

It's not acceptable for USF to be in a position where no one cares about their future. Our AD has been here since 2004 and he gets paid a ridiculous amount of money to make sure USF isn't in a position like this, and yet here we are. Also, I've long been annoyed that USF doesn't even know how to get themselves out into the media. It's not that hard to do, and you don't have to look weak and needy in the process. No one's going to blame you for wanting to leave the Big East at this point. (Honestly I wish the league would just collapse so we can get on with our lives.) The really pathetic thing is that if USF is really committed to keeping this league going, they're doing a horrible job of that, too. See also: Western schools deciding not to show up.

Georgetown's offense is a terrible matchup for USF, as we saw last year and the year before. Their defensive scheme works against most teams, but it's vulnerable to the back cuts and movement in the Princeton offense. The only thing that might save USF is that for some reason you guys are just TERRIBLE offensively this year. I don't know what's going on there.

Even with that, and even with Greg Whittington out of the lineup, the Hoyas still have too much size and talent for USF to match up with unless they hit a bunch of shots. And we'll probably get beaten senseless on the boards. Give me Georgetown by about 10 points.