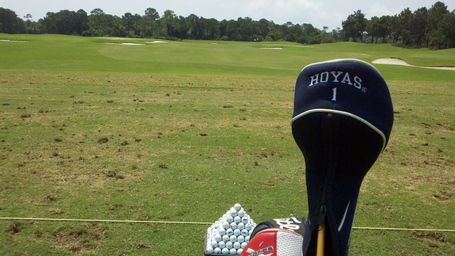 Pacers' Roy Hibbert plans a surprise visit for a special fan | Indianapolis Star | indystar.com
Lee Eddins had hoped he would be able to watch his idol, center Roy Hibbert, play in person when the Indiana Pacers visit Sacramento, Calif., for a game against the Kings in late November. But Lee, 12, is not expected to live that long.

One on One with Jeff Green - CelticsBlog
When Green was finally able to return to his feet, function and continue with his recovery, he was able to accomplish something he would not have been able to do had he been playing basketball. He graduated from Georgetown University.

Zagaholic: Recruit Profile: Elliott Pitts
According to Pitts, he's taken unofficial visits to Arizona, Cal, San Francisco and Santa Clara and is in the process of setting up visits with UCLA, Stanford and Georgetown.

German Diver Stephan Feck’s Epic Fail Olympic Backflop | Wizbang
You’re on the biggest stage in the world for diving – the 2012 Summer Olympics and you want to show your best, but then you lose a grip on your legs during a flip and it all goes horribly wrong. Sounds like a Olympian nightmare, but it really happened to German diver Stepan Feck. You can see it below.

Vox Populi " Sims and Clark star for Team DC, prepare for next stages
For Sims and Clark, the games represented the next step in their transition from their time at Georgetown to their professional careers. Both played in the NBA Summer League last month, with Clark suiting up for the Miami Heat and Sims receiving playing time with the Utah Jazz and Chicago Bulls. Neither player has parlayed the experience into an NBA contract as of yet.

Mark Zuckerberg's former Harvard roommate Samyr Laine competes for Haiti in triple-jump at Olympics 2012 | Mail Online
Samyr Laine, who shared rooms with the Facebook founder at Harvard and was the 14th person to join the social network, has qualified for the triple jump final at the London Olympics for Haiti.

Samyr Laine ’06 Aims for Haiti's First Olympic Medal in 84 Years | Sports | The Harvard Crimson
It made Laine an All-American in the triple jump in 2005, and it compelled him to defer a number of job offers from elite law firms after earning his J.D. from Georgetown.

Report: NBC Sports Group could be interested in Big East TV package - CBSSports.com
The Big East has narrowed the field for a new commissioner. The new hire will be integral in negotiations for a multiyear television package.