Share All sharing options for: Otto Porter and The Tombs in Action Tonight as Kenner League Crowns a Champion This Weekend

There's only so much more time I can pretend that this year's Kenner League is amazeballs, but unless you are going to the National Sports Collectors Convention in Baltimore (AND I DON'T KNOW WHY YOU WOULDN'T), Kenner is probably your best bet for some quality sporting action in the DMV this weekend. Tonight, the Kenner League playoffs' main event tips at 8:50pm eastern, with Otto Porter and The Tombs taking on Jabril Trawick, Greg Whittington and DCX.

Schedule and Rosters after The Jump:

From our good friends at GU Hoyas:

Friday night games will be played at 7:30 p.m. and 8:50 p.m. The first game features Markel Starks and Nate Lubick on Clyde's, the No. 1 seed in Hyper Air, against On Point, the fourth seed in Hyper Dunk.

The championship game will be played on Sunday, Aug. 5 at 3 p.m.

In case you want to print this out and place some wagers with your friends, a full bracket for the Kenner Playoffs can be found here.

Also, Stephen Domingo might make his debut, so that's casual: 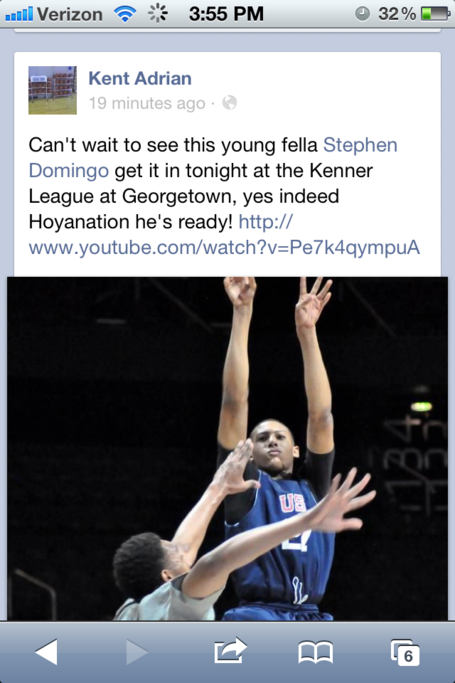