This week's entry in The Internet's Greatest Feature takes us to scenic Baltimore, Maryland and the 33rd National Sports Collectors Convention! The Convention, otherwise known as Dork Mecca, featured a number of interesting items of sports memorabilia and astonishingly, no chicks. Thankfully two dedicated Casualties made the trek this year and, naturally, brought some casual swag with them to document accordingly. 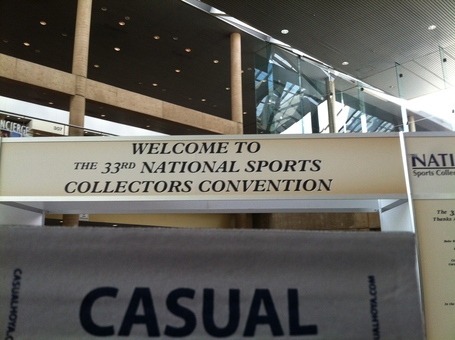 Let's see what's inside, shall we?

What's inside after The Jump: 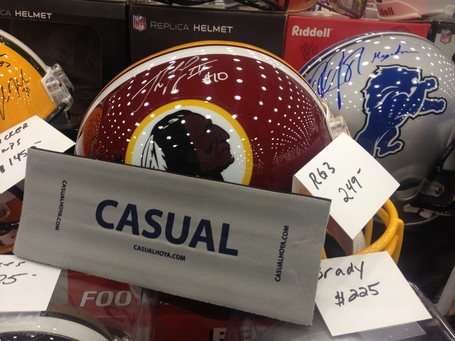 Look, it's an autographed RG3 helmet for $249! Hail to the Redskins! Fight for DC!
(Note: It's awesome that Calvin Johnson apparently adds the word 'Megatron' next to his signature) 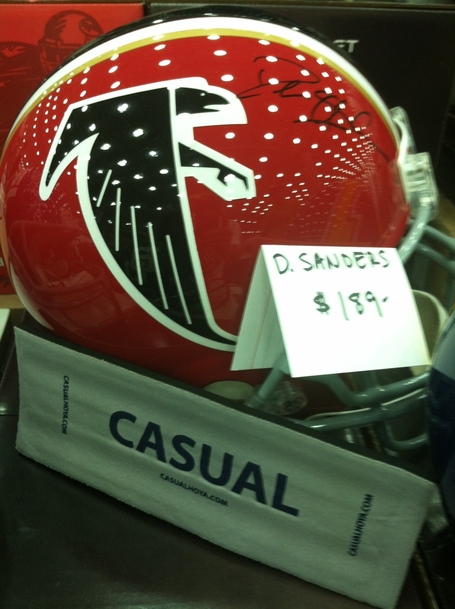 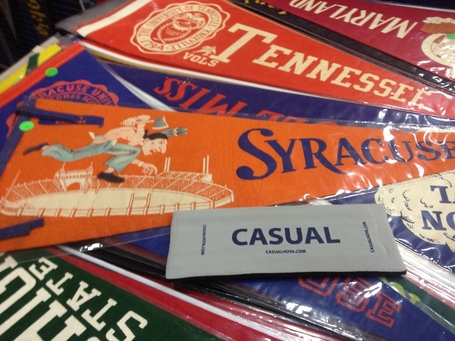 Boooooo! Unclear why a picture of the garbage can was taken. 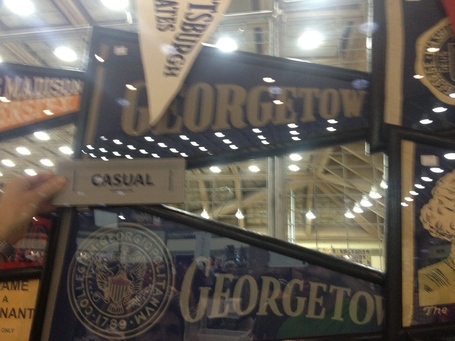 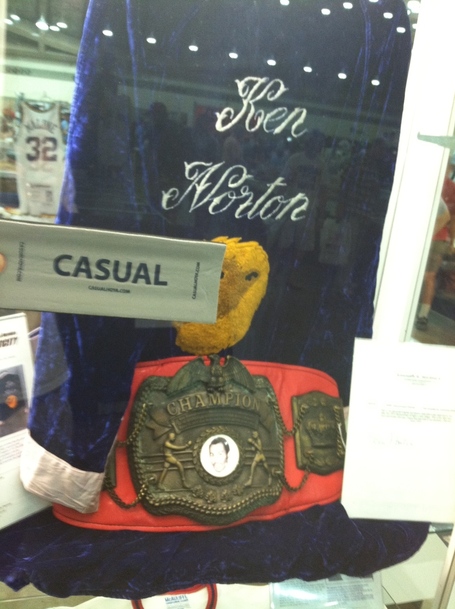 Belt included with purchase of robe 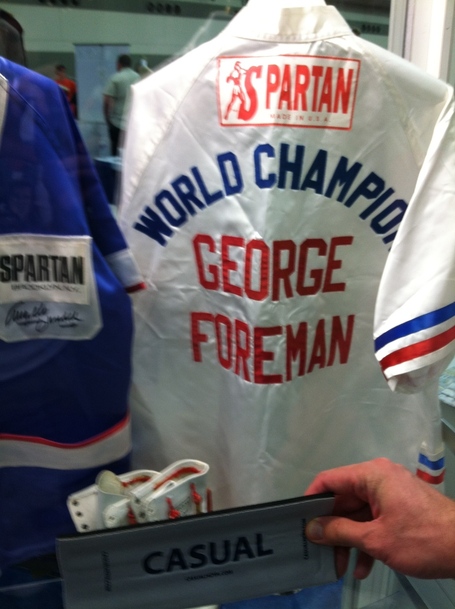 Might purchase one of these boxing robes to wear to my upcoming fantasy football draft. 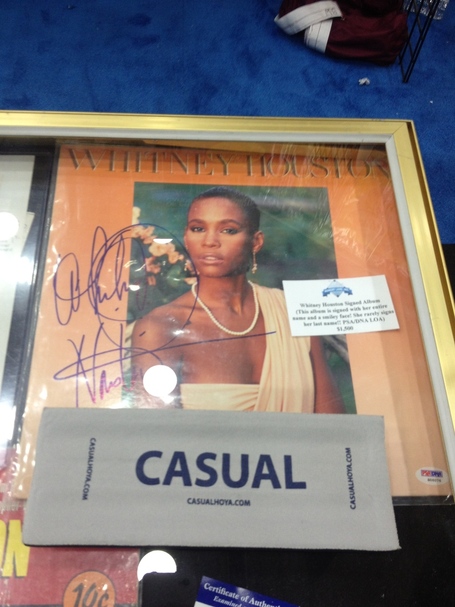 I will always love you, Whitney. Who wouldn't want this in his or her office? 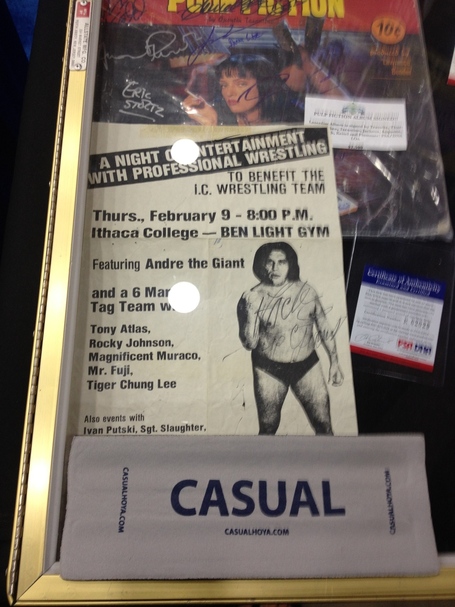 Awesome. That 6-man tag team event with Magnificent Muraco was probably the tits. Note what appears to be a cast-signed poster of Pulp Fiction above, including the underlined signature of Eric Stoltz. 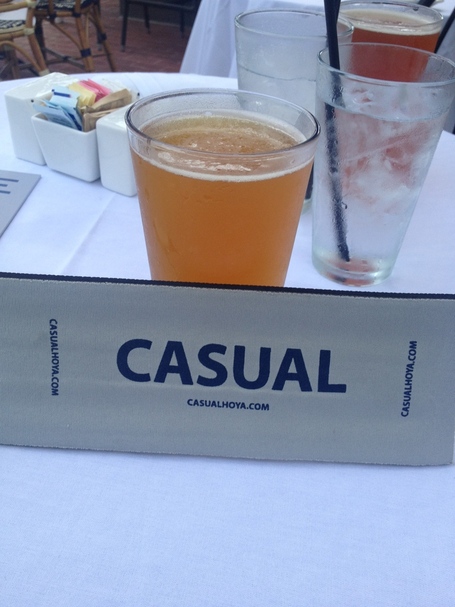 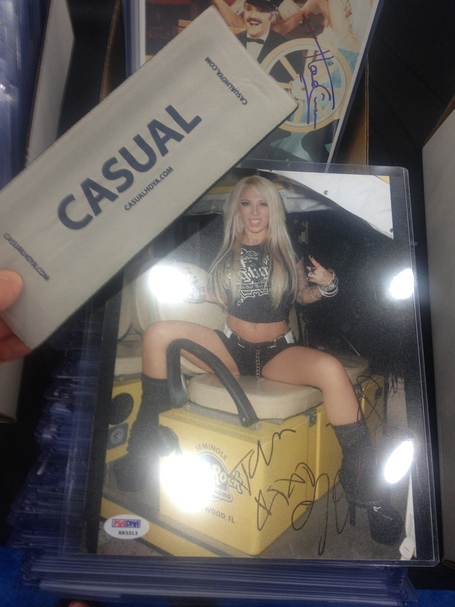 It's Daisy from Rock of Love! This would make an amazeballs Hanukkah gift. 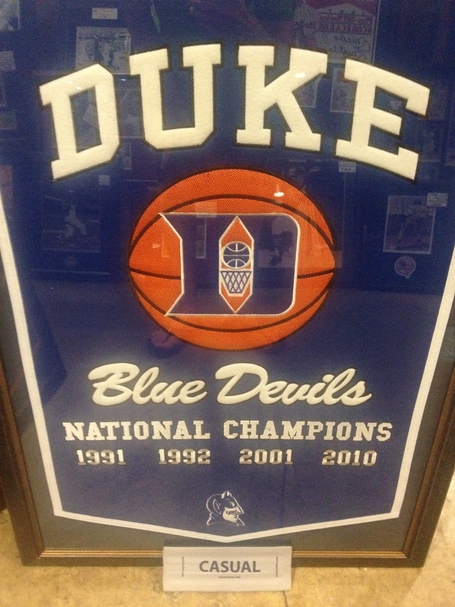 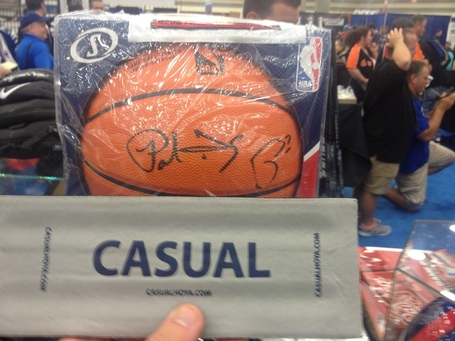 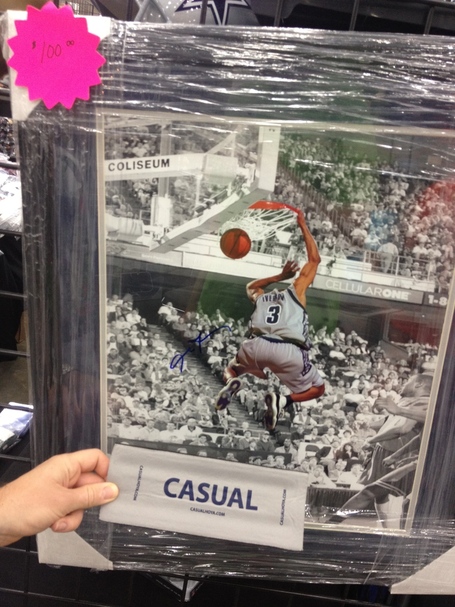