It's Tuesday and in case you were wondering, Syracuse still stinks. While I still struggle internally with who I am going to grab with the 4th overall pick in my upcoming fantasy football draft, enjoy the damn links. 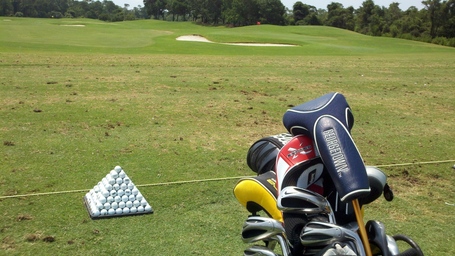 Jay Bilas as New Commissioner of the Big East? - Casual Hoya
One candidate who is reportedly under "serious consideration" to become the new commissioner is ESPN college basketball analyst and attorney, Jay Bilas.

Frank Haith: Missouri Coach Pulls Team After Elbow, Ejection in Netherlands : The Arena Pulse
Last season however, many fans know of the unnecessary events that unfolded in China. During its foreign trip abroad, the Georgetown men’s basketball squad found themselves in a full scale brawl on the court after things got out of hand mid-game.

Georgetown Football Holding Open Tryouts For Kickers - Half Smokes - SB Nation DC
Via the Georgetown University student paper, The Hoya, we present a project that could lead to some genuine hilarity: Georgetown is holding open tryouts for kickers Thursday, August 30 at the school's Multi-Sport Field.

Big East Extra Points: Movement on TV deal front - CBSSports.com
The Big East is still without a commissioner for now, but the conference does appear to be getting nearer to a new television contract. Currently the league has a deal with ESPN through the 2012-13 season, and the two sides will deal exclusively for 60 days starting Sept. 1.