According to our friends at the Georgetown Voice, D.C. Mayor Vince Gray, Georgetown President John J. DeGioia, and ANC Commissioner Ron Lewis will make a "major announcement" on the subject of campus plan negotiations. 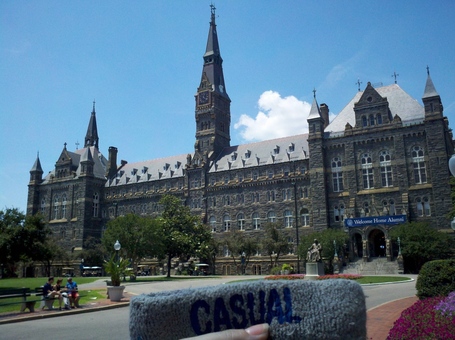 The 2010-2020 Campus Plan, which has been the subject of debate between the University and the Neighborhood Commission since its filing on December 30, 2010, includes among numerous improvements to campus life, the construction of a new Athletic Training Facility and the enclosure of Kehoe Field.

Per the report in the Voice, Georgetown University spokesperson Stacy Kerr described the past two months of negotiations as "extremely positive" with "a very strong commitment from both sides to come to agreement."