Now that we can finally put LeBron James and the NBA Finals behind us, this week's entry in The Internet's Greatest Feature takes us across the pond and directly into the Fiesta of Futbol that is Euro 2012! While we here at THE GLOBAL PHENOMENON have certainly had our fair share of the fast-kicking, low-scoring and ties action that the"the beautiful game" is famous for, this is the first time a headband has braved the communist borders of both Ukraine and Poland! 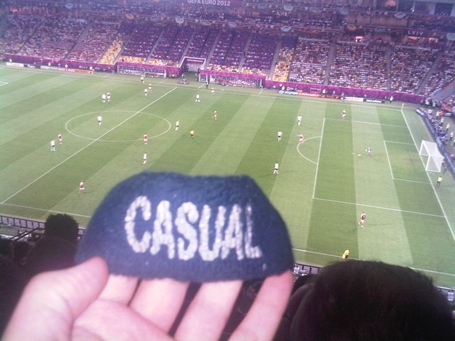 Germans on the field in the Ukraine!

Ample headband documentation after The Jump: 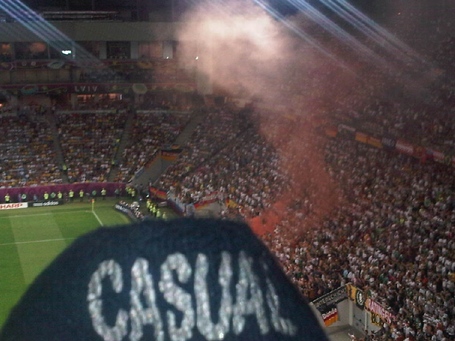 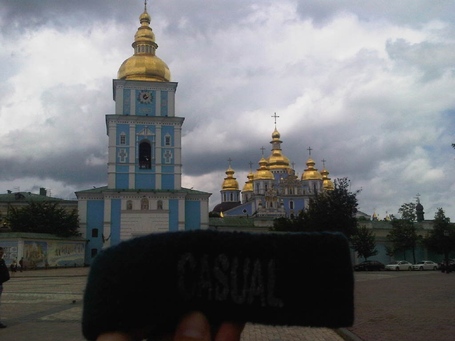 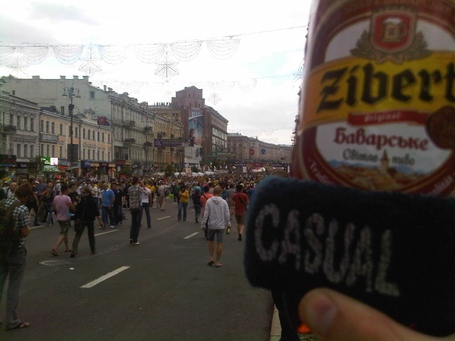 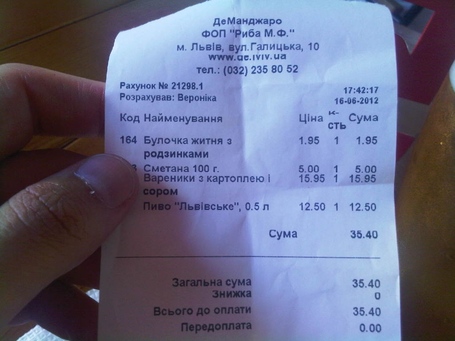 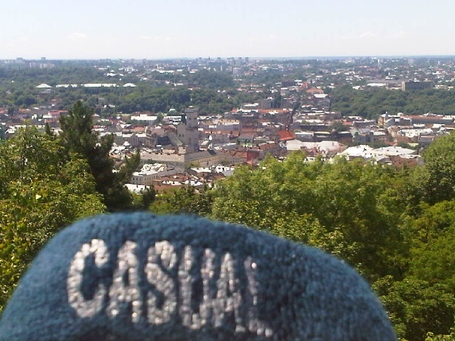 View of Kiev from above! 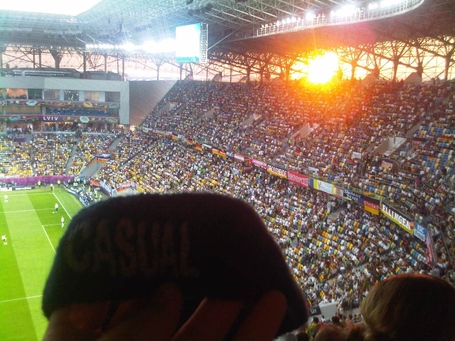 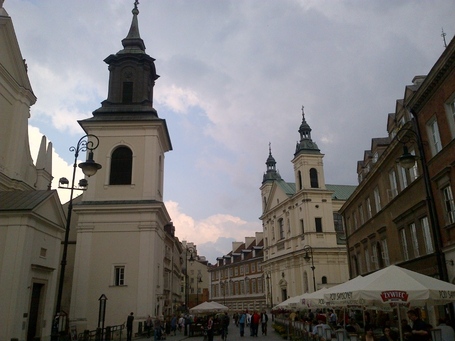 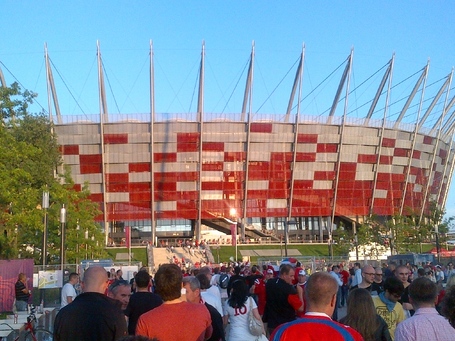 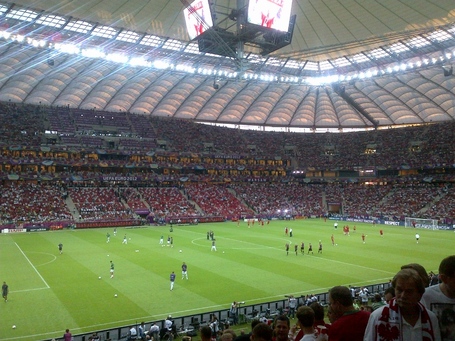 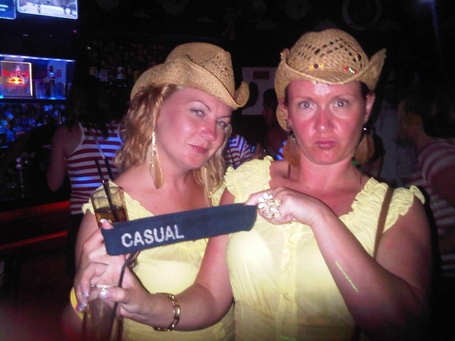 Casual Headband submissions have been flowing in from all corners of the earth. For those that have yet to play in our wicked game, to enter the 2012 Casual Headbands Summer Series Contest, follow the following simple steps:

That's it! You'll be automatically entered to win a treasure trove of wonderful prizes, all courtesy of America's Most-Read Georgetown Hoyas Website. Each and every Friday from today through Labor Day (or perhaps beyond), your Casual documentation will be displayed RIGHT HERE, and the ultimate champion will once again be selected by your vote. Prizes already secured from various generous donors include:

1) tickets to Hoyas games (including and likely limited to the home game against North Dakota State!);
2) a DRINK FOR FREE ON CASUAL'S TAB during the 4th Annual Casual Extravaganza ("CX4") next season;
3) invaluable shares of Facebook stock;
4) a now permissible "impromptu" on campus party thrown just for you!
5) the basketball court at the new Georgetown athletic facility to be completed in the year 2080 named in your honor.