Living in New Orleans is often a treat, and this weekend with the Final Four in town was certainly no exception. Last night I attended the National Championship game at the Superdome, and here are a few casual photos (you can click on any of the below to make them larger than life) from the final college hoops game of the season: 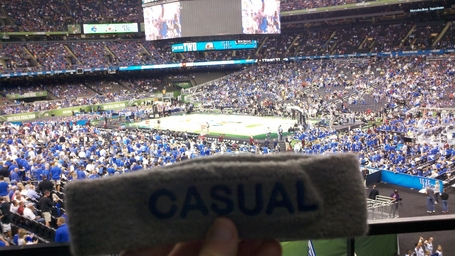 The calm before the storm. Settled into my casual seat in section 211 about an hour and a half before tip to take in the sights and sounds. You'll note that the Kentucky student section on the right is already full. The Kansas one on the other side was not.

More shining moments after The Jump: 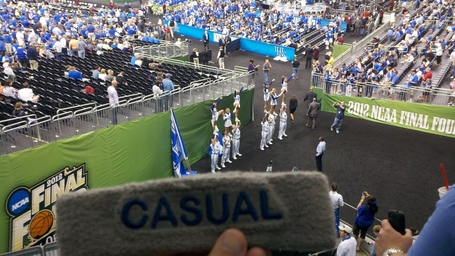 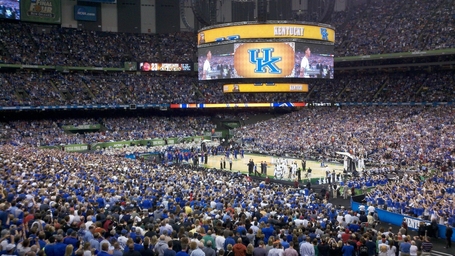 Everyone in their seats in the Dome for the announcement of the starting lineups. Close to 71,000 people at a basketball game. Crazy. 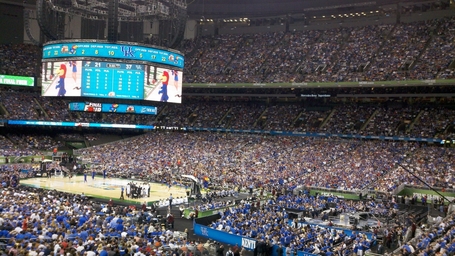 Every seat filled in the Dome, even way way way up top. 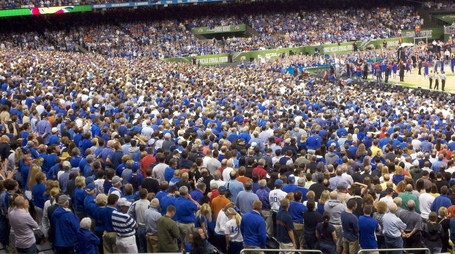 A Sea of Blue. 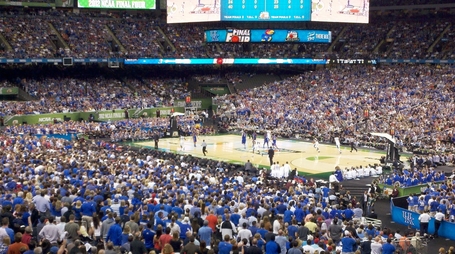 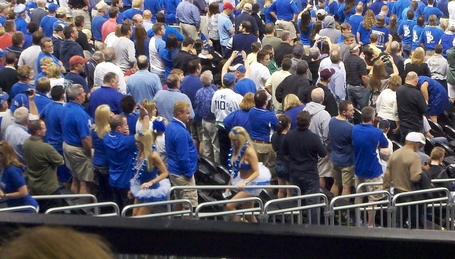 A couple of scantily clad (even for New Orleans) ladies make their way through the Kentucky crowd. Numerous dudes posed for pictures with these two. Unclear if said dudes were married. Also note the 110% t-shirt, which I thought was casual. 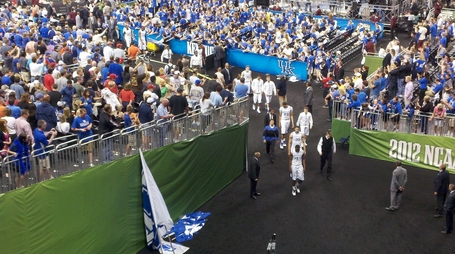 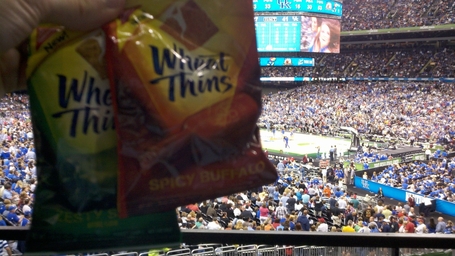 You can't drink booze at these NCAA Tournament games which is more than slightly communist. However, they did pass out packets of free Wheat Thins, both of which I housed at halftime. I recommend the Zesty Salsa. 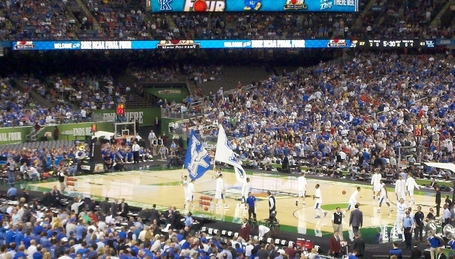 Kentucky flag dudes lead the Wildcats back on the court at the start of the 2nd half. 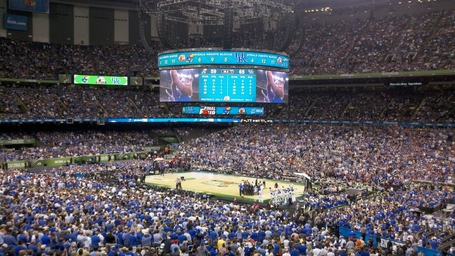 Crunch time in the Dome. Wildcats cling to lead with a minute left. The vocal Kentucky crowd that was jovial throughout was visibly nervous during these final moments while the Jayhawk fans prayed for a miracle finish. Both fanbases were standing for pretty much the final 8 minutes of the game, which brought the Dome alive. 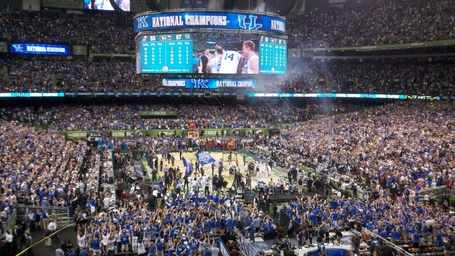 I started to walk out before the final buzzer to beat the throngs of people pouring out, but hustled back in time to catch this final shot of the college basketball season featuring the 2012 National Champion Kentucky Wildcats. Cool shot as the Cats hug one another in the foreground right of the court while the student section goes bonkers and the Kansas Jayhawks retreat to their bench in the distance. 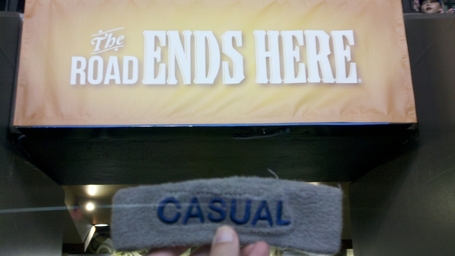