It's the most wonderful time of the year! March Madness is upon us and our beloved Hoyas are set to square off against the Bruins of Belmont on Friday afternoon in the NCAA Tournament. This game has become a trendy upset pick due to a combination of the "experts" loving Belmont and Georgetown's lack of recent NCAA Tournament success. 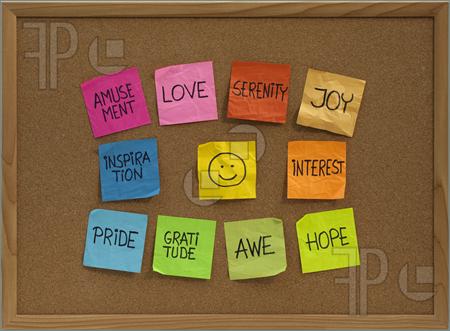 Though most people (HELLO DOUG GOTTLIEB) are ignoring the matchups in this game and simply choosing Belmont because they would pick Belmont against any team they faced, the notion that Belmont will win this game is very much out there. Therefore, even though we're fairly sure the team does not need any extra motivation to destroy Belmont on Friday, we've compiled a fairly exhaustive list of all the experts dingbats who are picking against Georgetown in the first round. Time to prove these guys wrong!

Bulletin Board Material after The Jump:

"In another huge upset, look for Belmont to pull out the victory over Georgetown. The Hoyas simply will not be able to slow the game down enough to keep themselves in it. Belmont will shoot furiously from all over the floor, and force upon Georgetown a tempo it cannot sustain. "

"Double-digit seed capable of a run: Belmont (14). Played Duke very close at Cameron Indoor and then played Memphis tough for 35 minutes. I’ll probably take the Bruins in half my brackets."

"Another under-seeded team is Belmont, who should have been about a No. 9 seed based on their power rating but got a No. 14 seed instead. They could give Georgetown, whom the system thinks was slightly over-seeded as a No. 3, a good run when they play on Friday."

"Either way, an upset is possible -- and I'm calling it right now. The Hoyas don't want anything to do with Belmont. The Bruins are the 23rd-ranked KenPom.com team with the No. 12 offense in the country. Georgetown's more defensive-oriented, and it's a little bigger, but not by much."

"Belmont breaking through for an upset: My biggest upset pick of the bracket. Belmont has the size to match Georgetown, and the Bruins are experienced and deep enough to pull out a win"

Borzello has Georgetown as the 19th best team in the tournament behind all of the 5 seeds and 8th seeded Memphis.

"The truth is that I would've picked Belmont to beat any of the 3-seeds in this year's tournament, because they've got that classic upset-minded mid-major feel to them. This, of course, is my way of saying that they're undersized, they've got a ton of white guys, they're experienced, and they've got a handful of shooters who you know are going to get hot just because it's March Madness and these things are inevitable."

"Belmont may be seeded No. 14, but the Bruins are more than capable of knocking off No. 3 Georgetown. Remember, this is the same Belmont team that came within a point of upsetting Duke in the season opener at Cameron Indoor Stadium."

"The pressure is on the Hoyas, who have dropped their first NCAA tournament game in each of the last two seasons. Belmont is more than capable of pulling the upset. The three of the Bruins' seven losses came by one point."

"The Midwest region also includes my only double-digit seed to make the Sweet 16: 14-seed Belmont, which will finally be the team we all thought they would be a year ago."

"Georgetown was very fortunate to be given a No. 3 seed after finishing tied for fourth in its own league and losing in the quarterfinals of the conference tournament. Even so, the committee didn’t do the Hoyas any favors with an opening game against Belmont, a senior-laden team that has been very close to pulling first round upsets in the past."

"Most overseeded: No. 3 Georgetown. The Hoyas finished tied for fourth in the Big East and lost in the quarterfinals of the league tourney. They have nine top-100 wins. They also are seeded one line better than Michigan, which tied for the regular-season title in the Big Ten (a league with a better power ranking than the Big East), lost in a semifinal of its league tourney and has 13 top-100 wins. Hmmm. Michigan as a No. 3 and Georgetown as a No. 4 makes more sense."

"Georgetown is the type of team that could either get beat by Belmont in the first round or get to the Elite Eight based on the lower part of the Midwest bracket."

"They're led by a dynamic point guard in Kerron Johnson, who averaged 14.1 points and 5.2 assists in the regular season while shooting 52.6 percent from the field. He's the general of the nation's fourth highest scoring offense. He should be fun watch in March Madness, where the Bruins could be a good candidate for an upset."

"Your five most-overrated teams: Georgetown. Belmont plays a tricky style, plus if you can stop Jason Clark, you’ll be fine."

"Belmont (27-7) could be a bracket buster. (CBS' Davis likes them to beat Georgetown and SDSU.)"

(14) Belmont over (3) Georgetown. Hoya paranoia should be setting in about now for John Thompson III. The Hoyas have played well, but the Bruins have been building toward making a mid-major impact the last few seasons. Belmont lost by one to Duke in its opener, but enters the tournament on a 14-game winning streak, having won the Atlantic Sun Conference regular season and tournament titles."

"Their first game will be against a very beatable Georgetown team. While Georgetown is a good defensive team, they have not played any team as offensively minded as the Bruins."

"Double-digit Upsets 1. Belmont (Midwest 14): They're efficient, well-coached and experienced. Georgetown isn't the best matchup for the Bruins, but it's better than Wisconsin last year."

"I love what John Thompson III has built at Georgetown, but he's had very poor postseason teams other than one year."

"I guarantee it!!!!!! RT @JAuerbach4: odds of belmont two rounds? I like them, and apparently so does vegas!"