A Tradition Unlike Any Other: The Wager with Hoya Suxa on Georgetown-Syracuse 2012

Share All sharing options for: A Tradition Unlike Any Other: The Wager with Hoya Suxa on Georgetown-Syracuse 2012

It's that time of the year again. When all our hootin' and hollerin' about Georgetown and Syracuse is played out on the court and the Big East's most legendary rivalry outside of Rutgers - Seton Hall takes the national spotlight. It's also time for the fifth installment of our wager with Hoya Suxa. 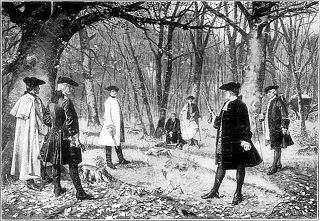 For those of you new to this nonsense, our first bet was on the Syracuse-Georgetown game at the Verizon Center in 2010, after which we were forced to pen the horrific Ode to Gerry McNamara. The second wager was on the Big East Tournament matchup that season, and resulted in HoyaSuxa scripting, directing and starring in one of the greatest short films of our generation. (Casual note: IF YOU HAVE NOT WATCHED IT PLEASE DO SO NOW AND EVEN IF YOU HAVE, WATCH IT AGAIN). Last year, after Georgetown's epic victory at the Carrier Dome, HoyaSuxa was forced to publish five of his precious Daily Affirmations in support of Georgetown, which resulted in this and this and this and this and this. And in the last installment, we wrote an Ode to Jimmy B.

So for those keeping track, the score is tied at 2-2 going into what could be our last ever wager. That being said, this year we're adding a crucial element to the wager: public humiliation.

(More Details After the Jump)

So here it is, simple yet elegant:

Here is an added bonus: Georgetown has NEVER lost when we put our awards on the line. NEVER.