The Georgetown Hoyas try to erase the memory of the ugly loss at Seton Hall as they return to the Verizon Center to kick off the final homestand of the season tomorrow against Villanova, and as usual we here at THE GLOBAL PHENOMENON are bringing you everything you need to know about Georgetown's next opponent. Special thanks this merry go-around to The Nova Blog, the most wily source for all things Wildcats on the world wide web. Nova Blog, this yuengling is for you. Let's get to it, shall we? 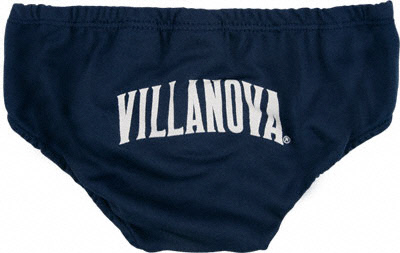 I got a passion in my pants and I ain't afraid to show it. via c-product.images.fansedge.com

Have you ever been close enough to Jay Wright that you could touch him? If so, how handsome is he?

I've met him on 3 different occasions. The upset of UConn my freshman year we (stupidly and drunkenly) stormed the court as the #4 team in the country. Embarrassing, but I digress. I grabbed some of his Hugo Boss gear that night. The self-tanner radiates even more from up close.

More fun with Nova after The Jump:

How frustrating has this team been this year? At what point did you realize that this just wasn't going to be Villanova's year? What has been the most painful loss?

I wouldn't say the 'team' is frustrating because guys like Mouphtaou Yarou and Dominic Cheek weren't exactly overwhelming their first two years on campus so to expect them to become stars was a stretch. Most rational fans knew this was the proverbial transition year - we just didn't think it would be this bad. All in all though, a lot of close losses - so they don't seem that far away from succeeding. Then again, a lot of late blown leads, which has been this team's story for a few years running.

I think I realized it wasn't this team's year when we lost to St. Joe's. That, frankly, sucked ass.

The most painful loss for me was the last - UConn. Another huge lead blown - but the pure shock of Shabazz Napier burying a 35-footer for the win was almost too much to handle.

Shock and awe. via 24.media.tumblr.com

Tie goes to JayVaughn Pinkston who should seriously get consideration for Big East Rookie of the Year the way he's been playing, and Maurice Sutton for actually doing something meaningful in consecutive games. And for James Bell trying to kill someone on a basketball court at USF. I could go on.

The biggest disappointment is Jay Wright. The last 2 seasons ended in flameouts, and now this year's team continually blows late leads....still. It's amazing he hasn't found a way to fix that. Each blown lead leads me to believe it's more about coaching than the players.

What are your feelings on Jay Wright currently? Are you at all worried about him being poached by the NBA anymore?

I'm worried that the fanbase overreacts and runs him out of town so to speak. He's a good coach, he can recruit, and he loves the school. He graduates players and we haven't had any major drama other than the Pinkston incident last year and even that has turned into a huge positive with him being our best player. If we go through this again next year, ask me again. There's no reason we shouldn't be a top 6 team again next season with everyone returning.

How does next year's team look? Are you excited for the Ty Johnson era?

Everyone should be back unless Maalik Wayns decides for some reason to enter the draft. Two blue-chippers in Ryan Arcidiacono and Daniel Ochefu come to campus and a starting 5 of Wayns, Cheek, Pinkston, Yarou and Sutton (yes, THAT Mo Sutton) seems pretty promising when you consider the bench behind it.

I'm a huge Ty Johnson fan. He's clearly being given the reigns to do whatever right now with Wayns out and he's had some moments, both good and bad. He's a phenomenal in your face defender and a decent facilitator on offense. The problem is he can't really shoot and defenses know that. And he shoots, a lot. But I like his game overall. He'll only get better.

Will Maalik Wayns be back for the Georgetown game? Any shot he declares to go pro this year?

No word yet but I doubt it. Wright pushed Corey Fisher through a knee injury last year and it did more harm to the team than good. I can't see him rushing Wayns back with nothing but pride to play for until the Big East Tournament. If he goes pro, it'll be a shock in my opinion. I've seen stranger things though, like Georgetown offering Nikita a scholarship.

When all is said and done, who are the top 4 teams in the Big East? If you are about to include Georgetown, I'd suggest watching the most recent game against Seton Hall.

I still put y'all there. Can't believe how good you guys are this year. It makes me sick.

Who cuts down the nets in New Orleans? Who makes the Final Four?

Seems like a year when there is no clear cut favorite, which means Duke probably gets a ton of calls and somehow wins it all. Kidding, kind of. I like a Final Four of Syracuse, Duke, Kansas and Michigan State.

What is your favorite color? 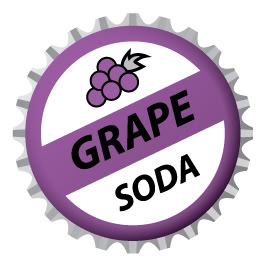 My first choice is Not Mike Rice.

My last choice is Mike Rice.

(Casual Note: This has been the best answer of the season to this question. People forget that Mike Rice was thisclose to taking the damn Tulane job and has now guided Rutgers to a 6 game losing streak and a 2-10 record in its last 12 games. But yay! Let's all do the hora because Rutgers is competitive!)

It's your last meal in Villanova, PA. Where are you going and what are you ordering?

Maloney's Pub. Bud Light pounder and a shot of Michael Collins. You can tell it's been a long season.

Do you realize that if Villanova beats Georgetown on Saturday it is going to cause a full scale meltdown on THE GLOBAL PHENOMENON? It will also ruin Casual Extravaganza III (#CXII). Are you prepared to do that to us?

Absolutely, but this team has taken all of the faith out of me. I think you can tell by the fact that my answers for the last 3 answers have been pure Rutgers-hate, alcohol related, and have been getting shorter and shorter.

Complete this sentence. Of all the Big East teams in the tournament, I am most hoping that [INSERT SCHOOL] loses in the first round.

Syracuse in their "first" game. I hate their fans and I hate how they do well in the BET every year. Would love to send their fans home early and listen to the "it doesn't matter" rationale when we all know it's killing them.

Georgetown by about 12. We have a fantastic ability to be burned by overjumping the play on defense which should lead to a lot of easy put-ins. Or missed lay-ups. Shit, I'm talking myself into this team again.