Sleeping with the Enemy: The Friars of Providence

Share All sharing options for: Sleeping with the Enemy: The Friars of Providence

After spending the week discussing student attendance and ways to save the program, we here at THE GLOBAL PHENOMENON are happy to get back to basics and once again focus on the games at hand. Tomorrow, your fighting Hoyas travel to scenic Providence, Rhode Island to face the Friars, and as usual we're bringing you everything you need to know about Georgetown's next opponent. Special thanks to Friar Blog, who has once again so generously lent a helpful hand in providing answers to our hard-hitting questions. Friar Blog, this bud light is for you. When you're done enjoying this pleasant exchange, here are casual answers to Providence questions. 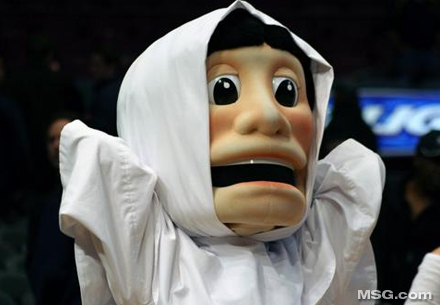 How have you been? Everything good?

Uh, we had a slight weapons malfunction, but uh... everything's perfectly all right now. We're fine. We're all fine here now, thank you. How are you?

More fun with the Friars after The Jump:

How the heck is Ed Cooley recruiting as well as he has been?

In going after these top players and competing against the top programs in the country, Ed Cooley has to try and sell something those other teams can't - himself. Cooley will be at every single one of their games, but not like in a creepy stalker kinda way. The players trust him, and see he has a plan for building a special program in the city he knows and grew up in.

What do you think the chances are that you guys land Nerlens Noel?

Despite all the recruiting analysts poo-pooing Cooley's chances of landing The Flat Top, I think there is a legitimate chance he ends up in the black and white. It's close to home, he trusts Ed Cooley, and knows he can be a part of something special with what's being built at Providence College. A boy can dream, right? 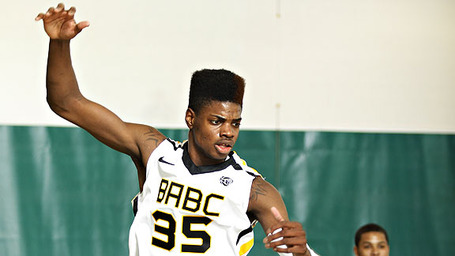 Hoyas and Friars are battling for Nerlens Noel. via kentucky.straitpinkie.com

I would say yes. Which 13 players end up on next year's roster is still anybody's guess, but I believe Ed Cooley will land two of the big men he's after. The back court is going to be absolutely loaded (even if Ledo doesn't qualify), but adding some talent down low will finally allow the Friars to compete defensively in the BIG EAST. Oh, and not requiring three players to play 40 minutes a game.

Who are you more excited for - Ricky Ledo or Kris Dunn?

I'm a little concerned about Ledo qualifying next season, but I still think I'm more excited about Kris Dunn's arrival. I can't speak for the competition of Connecticut high school basketball, but he's been dropping triple-doubles left and right and seems like he's going to be a terrific leader for the program over the next several years.

What are you looking for out of your team for the rest of the year, barring a miraculous run through the Big East Tournament?

PC has two conference wins, so I'm just holding out for that elusive third. The team has played hard of late, but depth and costly mistakes down the stretch have really burnt them. It's been a long year, so I really just think the team deserves to get another win or two in order to see that hard work pay off. What I'm really looking for is a chance at a road win. The last BIG EAST road game the Friars won occurred on January 14th of 2010. If Providence can't beat DePaul or Notre Dame on the road over their last 4 games, they will have to wait until next season. We could be looking at a freakin' THREE year BIG EAST road win drought. Kill me now.

What has Ed Cooley done well this year as a coach? What do you hope he will improve on next year?

If anything, Cooley has done a great job getting the team to play hard night in and night out, despite being constantly undermanned. Over the last several seasons, it was rare to see effort and fight as the year concluded. This year however, they could have easily had several more wins had there been just a tad more depth. Even on nights where it looked like a blowout was imminent, the Friars refused to quit and at least made things interesting. Another thing that I don't think Cooley gets enough credit for is the coaching of Bryce (Ice) Cotton. Since the beginning of the season, Cooley has been trying to get Ice to be more assertive and not be afraid to take shots. I don't think many people thought he was going to be one of the better three point shooters in the conference and this effective against the tougher competition.

Looking at the defensive numbers right now you won't really see much of an improvement from the Keno days. Next year it will be interesting to see if the philosophies being instilled will lead to better defense with actual depth and a more talented front court. Did I mention we need depth?

Who do you think will end up being the top 4 teams in the Big East when all is said and done? Who are you hoping collapses down the stretch?

Who do you expect to be in the Final Four? Who will win it all?

(Casual Note: This is not the answer we were looking for.)

I liked the Memphis add a lot. Although, they also play football. I hate football. West Virginia leaving makes me so incredibly happy on so many levels. Get out of our conference, yokels.

What are your predictions for Saturday's game? What is the final score?

I think it's going to be a tough one for the Friars, but they won't go away easily at home in front of a packed crowd. Georgetown 69, Providence 65.

What do you guys have to lose? I'm the one driving up to Providence from New York to see my only game at the Dunk this year. Don't you ruin my weekend!