The Casual Awards: A Tribute to Whitney Houston

Share All sharing options for: The Casual Awards: A Tribute to Whitney Houston

The Georgetown Hoyas took care of business against St. John's at the Verizon Center yesterday but let's face it, the news of Whitney Houston's death the night before clearly impacted both the play of the teams on the court and the number of fans in the stands. Today, we celebrate the triumphant return of The Casual Awards back on THE GLOBAL PHENOMENON by paying tribute to the dearly departed Whitney Houston. Away we go... 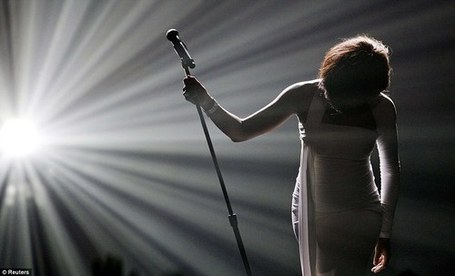 We will always love you, Whitney Houston.

I Will Always Love You Award:
Nate Lubick! Lubick earns the award formerly known as the Chris Wright Heart of a Champion Award for his gritty play and stat-stuffing game against St. John's yesterday. 7 points, 8 rebounds, 5 assists, and 4 blocks! Yippee! I hope life treats you kind. And I hope you have all you've dreamed of. And I wish to you, joy and happiness. But above all this, I wish you love.

More Whitney Awards after The Jump:

How Will I Know Award:
How will I know, if he really loves me? Well, Georgetown students - how is this team supposed to know you support them when the student section has been half-full for the majority of our home games? Georgetown accepts 17.98 percent of all those that apply and might need to increase that rate so the student section does not continue to be an absolute debacle. Too upset about Whitney Houston to go to a 1 pm game? I respect that, but come on kids! 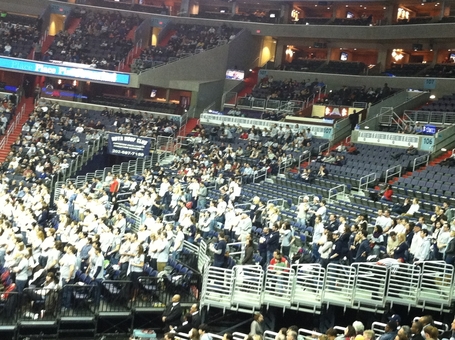 I Believe The Children Are Our Future Award:
Greg Whittington and the rest of the freshmen. Greg basically willed us to victory yesterday, just as Otto Porter has done countless times already this season. Couple that with Jabril Trawick and Mikael Hopkins playing crucial minutes at Syracuse, and our freshman class had a banner week. Whitney would be proud of all of you.

Star-Spangled Banner Award:
Jabril Trawick. At some point this season, there will be another player like Amir Garrett that will try to bully the young Hoyas. It is important that Jabril or someone else from the second team shows some love by KNOCKING THAT PERSON ON HIS ASS. This week has shown that Georgetown has a legitimate shot at getting to the Sweet 16 and beyond this season, we now need to show people we are tough enough to not get knocked around by some punks. Technical fouls aren't the worst thing in the world, and this is America dammit.

Queen of the Night Award:
Moe Harkless and D'Angelo Harrison, St. John's. Showing an impressive display of dunks, floaters in the lane, and absurd threes, these two tried everything they could to steal the win for the Redmen in the name of Rachel Marron, combining for 44 of the team's 61 points and a majorly impressive 1 turnover in a combined 76 minutes of playing time. I've got the stuff that you want. I've got the thing that you need. I've got more than enough. To make you drop to your knees. Indeed, Harkless and Harrison, indeed.

I'm Your Baby Tonight Award:
Jason Clark. My man JC keeps hitting those 40 foot threes when they matter the most and is the heart and soul of this Hoyas squad. You've given me ecstasy, you are my fantasy, and I'm your baby tonight! Incidentally, that "you've given me ecstasy" line now has a bit of a different, perhaps more literal meaning that I will have to explore throughout Ms. Houston's entire catalogue.

It's Not Right, But It's Okay Award:
John Cahill. Any game that is officiated by this joker undoubtedly becomes littered with questionable calls. This one was no different, as both teams were in the bonus early in each half as Cahill's inability to keep up with teenage athletes running up and down the court resulted in numerous phantom whistles. Any time the Hoyas can win with Cahill on the court, take it and run. It´s not right, but it´s okay. I´m gonna make it anyway. Pack your bags up and leave. And don´t you dare come running back to me.

Didn't We Almost Have it all Award:
The Syracuse game was nearly a week ago and it still stings like a rash in the nether regions. Can't help but think we should have won that one. But it's fine, I'm moving on slowly but surely and hope that the loss at Cuse will make the team stronger when it really counts. But man, Didn't We Almost Have it All?

I Wanna Dance With Somebody Award:
With the win over St. John's the Hoyas improved to 19-5 (9-4) Big East and have a resume that, assuming the bottom doesn't fall out over the course of the next two weeks, nearly assures the Hoyas of a 3 seed in the Dance. If you had told me before this season that this vintage of Hoyas would be a 3 seed in the NCAA Tournament I would have punched you in the face and forced you to watch that hideous Nicki Minaj thing over and over and over again.

Jesus Loves Me Award:
Whitney was still alive at the time, and thank you Jesus for putting this special on the brunch menu this weekend. 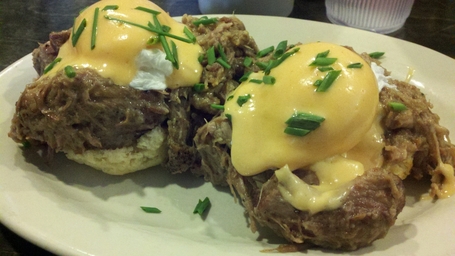 One Moment in Time Award:
Give me one moment in time. When I'm racing with destiny. Then in that one moment of time. I will feel. I will feel eternity. Please (insert name of your lord and savior here) allow thine Georgetown Hoyas to win a damn game in the NCAA Tournament this year. Please. It would be so nice.

Saving All My Love For You Award:
Nate Lubick! While so many others on this foodblog have called for your head, I stood strong, hoping one day you'd repay me for my good deeds. And repay me, you did. Now the key will be to build upon this performance and finish the next month strong. We need another big man besides Henry Sims to give us quality minutes, and it doesn't seem like Mikael Hopkins is ready just yet.

I Have Nothing Award:
Stay in my arms if you dare, Or must I imagine you there. Don't walk away from me. (No, don't walk away from me. Don't you dare walk away from me.) One of my personal Whitney faves off The Bodyguard soundtrack, this is an ode to Hollis Thompson, who should clearly stay one more year on the Hilltop rather than bolt early for the NBA. 1) He's not ready, and 2) Even with the departures of Sims and Clark, this team can be special next year assuming all the other guys make marginal leaps. Oh, Hollis, I have nothing, nothing, nothing. If I don't have you, you.

My Love is Your Love Award:
Las Vegas Sportsbooks. Ah, Vegas. You seduce me with your scantily clad women and the prospect of enormous gambling winnings that inevitably end in a soul-crushing heap of burning ass. This one goes out to all y'all who had the UNDER in the game yesterday, which closed at 130.5. The final score of 71-61 pushed the total to 132, with the final two points coming on two Otto Porter free throws courtesy of a completely unnecessary whistle with under 4 seconds left on the clock and the game over that sent Otto to the line. Worth noting that Otto had just missed 1 of 2 just seconds earlier to keep the UNDER dream alive. It would take an eternity to break us. And the chains of Amistad couldn't hold us. 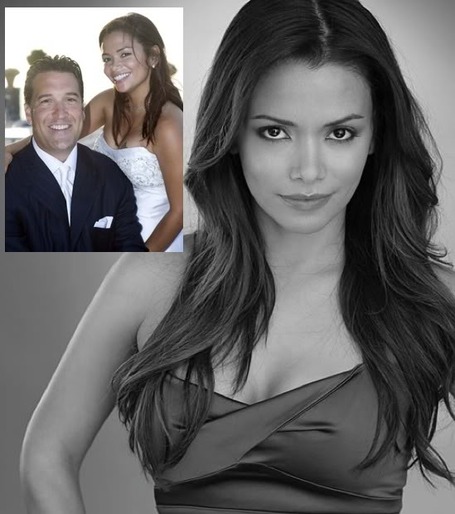 Whatever you want, Whatever you need, Anything you want done, baby, I'll do it...naturally.