The Fighting Hoyas of Georgetown were back on the national stage in The World's Most Famous Arena last night in the Jimmy V Classic and were up to the task, throttling the Texas Longhorns 64-41. Before we here at THE GLOBAL PHENOMENON focus on the upcoming massive battle against Towson, we're handing out hardware to those most deserving. Away we go!

The Chris Wright Heart of a Champion Award:
Nate Lubick. Yes, Otto Porter led the Hoyas with 14 points and 8 rebounds, but Lubick was the glue last night, matching his career high 13 points on 6-7 shooting from the floor while adding 4 rebounds, 3 assists and 3 steals. If you needed any convincing as to Lubick's importance to this team, please contrast last night's offensive performance to the performance in the Tennessee game which was, well, offensive. Also fitting that Lubick gets this award after a game in which he wore the famous Chris Wright arm sleeve.

AAU Award:
The Longhorns are a young and talented team. They also appeared to not have a clue what they were doing out there against the Hoyas. I went back and forth with the Texas site Burnt Orange Nation on the coaching prowess of Rick Barnes, though it seems as if he has successfully hypnotized even them into believing that he can actually coach his way out of a paper bag against high-level competition.

Do You Know Who I Am Award? 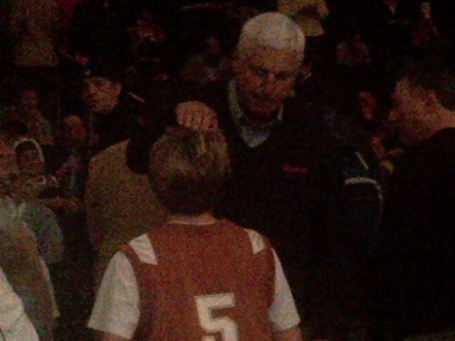 Kudos to our very own JahidiLikesPie, who after the Hoyas shellacked the Horns went up to Bobby Knight to ask him for his thoughts on our squad. Naturally, JLP's inquiry was ignored, as the poorly timed query was asked just as the Hall of Fame coach was consoling a CHILD for letting his team allow a small Catholic school work their BCS ass. Cheer up, Sparky.

Big Man U Award:
This was the 2nd consecutive shitty game for Mikael Hopkins, who finished with one damn point in 9 minutes. I also note that since this blog nicknamed him Comrade Mikael, he has sucked awesomely. Nice to see Moses Ayegba, Bradley Hayes and even Brandon Bolden get some burn last night, as Georgetown's center position remains a concern moving forward. 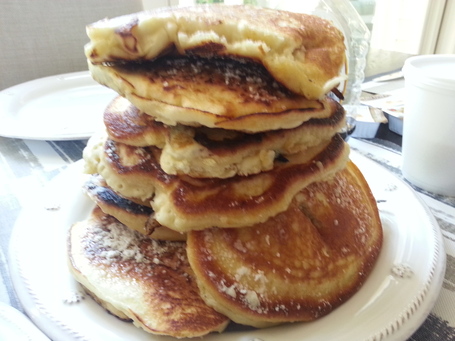 Aaron Bowen Dunked in Madison Square Garden Award:
If Aaron Bowen dunks in a game at MSG, he's going to get a damn award for it.

Brandon Bowman Memorial Award:
Thankfully the Georgetown game was a breeze for anyone with a Hoyas -6.5 wager, but that wasn't the case in the nightcapper of the Jimmy V Classic between UConn and N.C. State. The Wolfpack were favored by 6.5 and led by 7 with like 10 seconds left. UConn's Ryan Boatright missed a three with 10 seconds left but the rebound was tipped out to him behind the line and he drained the three with just one second left to reach the final 69-65 margin. Relatedly, UConn coach Kevin Ollie deserves a multi-year extension.

Fix The Damn Dimmer Switch Award:
The Hoyas have played on a higher level in arenas where the court is brightened while the lights in the stands are dimmed (Barclays Center and Madison Square Garden) . Beginning to think that we need to raise a bunch of money to get a new roof at Verizon to support the weight of the dimmer switch so we can class things up a bit, and to that end from now on every Casual Headband will now cost $2. I expect that as a result of this new initiative, we can raise enough funds by 2080, which will coincide with the groundbreaking of Georgetown's new athletic facility.

Project Runway Award:
Georgetown debuted the fancy white uniforms that if you didn't know that Hoyas were playing and casually checked out the tv from a distance you would have thought we were fucking Villanova. Listen, I'm all for gimmicks (see this entire blog, for example) but the white unis have gots to go. Blue, gray, black, whatever - but no more whites. THAS RAYCESS!

Movie That There's No Chance I Will See Award:
The Hobbit. Enough of this crap, already. The final Lord of The Rings film didn't deserve to win an Oscar, I'm sick of that Gandalf dude, and Elijah Wood is weird. That being said, I find Gollum kinda casual even though I can't understand a word he says. 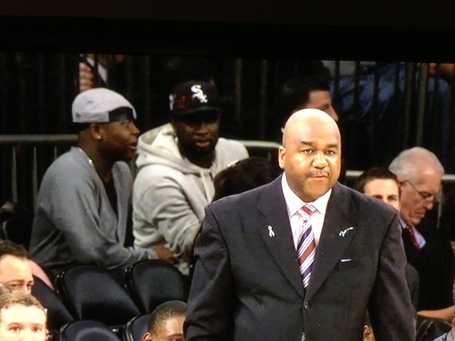 Jay Bilas made a point to note that former Hoya great Patrick Ewing was in the crowd to watch the Hoyas last night, but for some reason neglected to mention that Jessie Sapp was there as well. Big ups to RileysDressLikeAHoyasJersey for spotting him in a ChiSox hat.

Document Your Jimmy V Classic Award:
From Casual Spies in MSG, including one whose seat was sideways!: 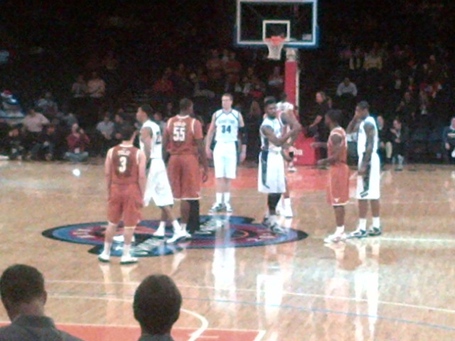 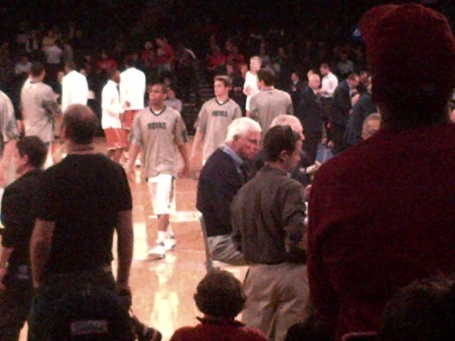 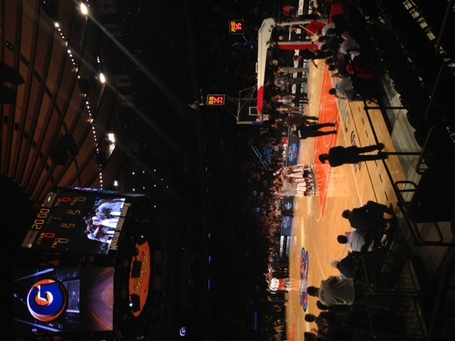 Frost/Nixon Award:
I'm not usually one to tune into politics after an election is over as I find it suffocatingly boring, but I found the Obama interview by Bloomberg's Julianna Goldman relatively casual and informative. In case you have felt out of place at a lame DC party where everyone was talking about the damn fiscal cliff and you wanted to kill yourself, give this interview a whirl and get informed! Goldman, who can be followed on the twitters, is the next Savannah Guthrie, who was the next Meredith Vieira, who was the next Barbara Walters before becoming the next Katie Couric. Incidentally, I love the Hoda and Kathie Lee combination and watch all of Bravo's reality-based television programming. Not some of it, ALL OF IT.

looks like a hobbit warming up in the background.

A BASKETBALL COURT FOR ANTS?!?

are these courts regulation size?

stop standing out of bounds!

I really liked the SWTE guy

Jeff Green is Back!

Drilling the wide-open from the elbow!!!! The future is bright.

My girlfriend is row 2 with gifted tickets

and I have a conlaw exam tomorrow. effff

So what does it say that i'm much more worried about the NHL lockout negotiations and the death of the BEast than the fiscal cliff?

Ok I give up

Hey Syracuse! Hope you have a FABuLESS tournament!

Props to Rick Majerus and his life...

There was a time, (albeit brief) that I wanted G’Town to pursue him during Esherick’s final season with the Hoyas. In hindsight, I’m glad they didn’t, but I do think he would have been fun to watch trolling the sidelines at the phone booth.

They've gone from suck to blow out

thats not a ceiling you orange idiot. that’s a floor.