The Casual Awards: No Sleep Till Brooklyn

Share All sharing options for: The Casual Awards: No Sleep Till Brooklyn

The undefeated and unbeaten Georgetown fighting Hoyas put out the Liberty Flames rather convincingly on Wednesday night, and before we flip the switch to all things Legends Classic and UCLA in Brooklyn at the Barclays Center with Jay Z as usual we're handing out hardware to those most deserving. Away we go!

The Chris Wright Heart of a Champion Award:
Greg Whittington. Whittington was terrific in Otto Porter's absence, scoring a career-best 18 points and grabbing 9 rebounds. More than the numbers, however, Whittington seems more in control on the court and is putting himself in spots on the floor where he can be productive rather than spending all his time on the perimeter. Very nice, Greg Whittington, very nice.

Not Exactly a Sellout Award:
Special thanks to casualty rileysdresslikeahoyasjersey for providing the excellent in-game documentation throughout this prize-winning piece.

Welcome to Georgetown Award:
Stephen Domingo. Hey! It's Stephen Domingo! Domingo played a whopping 19 minutes against the Liberty as JT3 left him out there to see what he can do. It was a tale of two halves for the youngster, who was 2-2 from the floor in the 1st but 0-3 in the 2nd which included airballs from three and the free throw line.

Salvage Your Dignity Award:
It was getting to almost be time for us to physically fight the t-shirt Gatling Gun dude and reclaim the device in the name of all that is casual, but now that he has completely shamed himself after wearing this short shorts get-up, I think we'd all be best served if we just left him alone. 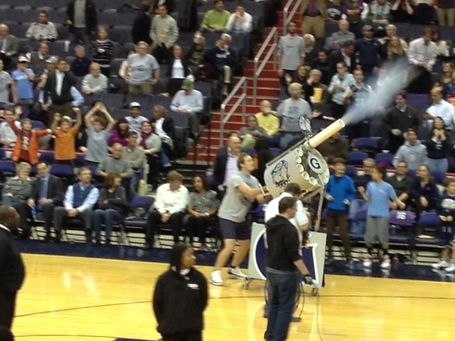 Underrated Move of the Night Award:
Not on the court, you morons. IN MY BOWL OF CEREAL! You see that brown stuff? That isn't liquid excrement, that is CHOCOLATE MILK. I had to get creative after running out of regular milk, and believe you me, I will never use regular milk in cereal ever again. Tremendous upside. 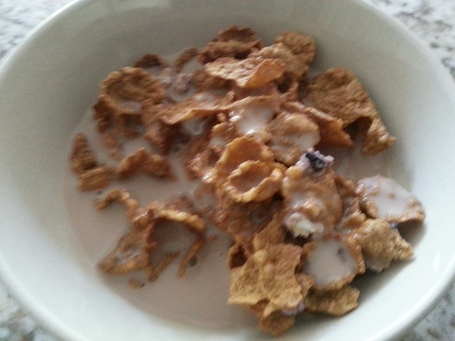 En Fuego Award:
Not since the three-point barrage from He Who Shall Not Be Named from Davidson have the Hoyas seen such most excellent shooting from behind the arc. Liberty shot 10-19 from three against the Hoyas and it felt like it was much much better.

Oh, So That's Why Aaron Bowen Doesn't Play Much Award:
Aaron Bowen. The box score doesn't keep track of +/-, but I have to think that Bowen's number in that game approached -90.

Built Ford Tough Award:
Nate Lubick. Lubick has been everything we could have asked for so far. He's shot well, rebounded well, made smart passes and has added a toughness to his game that has branded him as somewhat of Georgetown's enforcer out there. Through two (and a half) games he has really done nothing wrong, which is more than I can say for...

Lord Voldemort Award:
Markel Starks. All I can really say is that this UCLA game and The Legends Classic is huge for Starks as his starting job may be on the line. If DSR continues to emerge as a scoring threat and Jabril is able to run the offense smoothly, what exactly does Starks bring to the table as a starter other than experience?

Big Man U. Award:
Mikael Hopkins matched his career high with 13 points for the second straight game. Though he still has some work to do finishing around the rim, he has shown great footwork and is getting off excellent shots. His 5-12 from the floor performance wasn't great, but it's good to see him being assertive and not afraid to take it to the rim.

CSI New Orleans Award:
Best of luck to the NOPD as they attempt to catch the bastards that broke into the Casual Car yesterday. 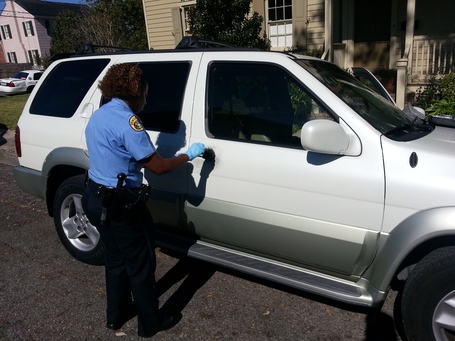 We’ve definitely played minor conference opponents who would have kept starters in to futily trim the lead as much as they could against Bowen, Caprio, and company. Instead, a handful of kids who opted to ride pine at Liberty will grow up to tell their grandkids about the night they got to play the Georgetown Hoyas in front of a packed Verizon Center.

Great Job By Hoya Blue Mobilizing The Students On A Wednesday Night Award: 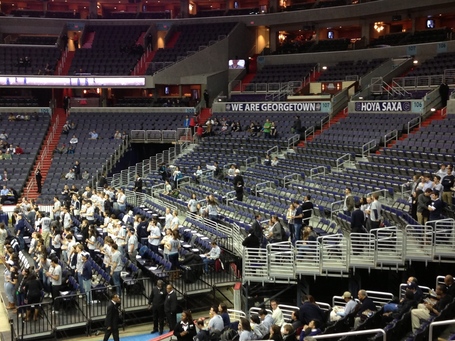 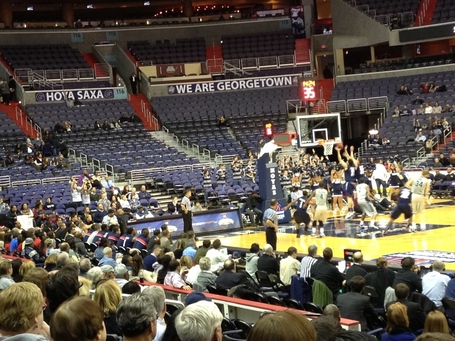 Jim Nantz Award For In-Game Commentary:
Here are a few casual nuggets from the Casual Gamethread:

Maybe its a good thing?

Maybe this will be like “Rookie of the Year”, wherein what appears to be an injury turns out to enable AWESOME SPORTS POWERS!

Or if you prefer, like in the “Saved by the Bell” episode where Screech gets hit by lightening and can then tell the future!

Either way, I’m proud to incorporate both references into my first ever Casual post.

I love you R.A. Dickey but I wish SNY would wrap up your celebration

In cab on my way from class

Have slowest cabbie ever. I think he’s playing for Liberty…

How much do we need to win by

for this game to have a positive effect on our RPI?

This freshman class is good at jumpers

did we actually just score 40 points in a half?

Seeing a tenacity and pace of play that seems a cut above the past (moreso the pace than the tenacity, I think that carries over from last year and is molding the freshmen accordingly). The question is, does this carry over to BE play?

Ready in case we blow this lead

Give me liberty or give me death...this game is over.

But Markel has been invisible again.

The Ted Leonsis Getting Things Done Award:
NOT Ted Leonsis. Long-time blog losers surely remember that time we couldn't get salt for our Green Turtle fries and we complained on the blog and Leonsis saw it and for the next game there were DUMP TRUCKS of salt in the concourses. Well, we've got another crusade we were reminded of upon our return to Verizon. IT. IS. TOO. DAMN. BRIGHT. MSG is notorious for it's casual light: dark in the stands, bright on the floor. It makes the court look like a stage and makes the seats oh so more relaxing and casual. The Barclays Center in Brooklyn does it, too. And our home games? LIKE PLAYING ON THE SURFACE OF THE SUN. So get on it, Mr. L. The NHL lockout's given you some free time, let's go find the Verizon Center's master dimmer switch.