Sleeping With The Enemy: The Dukes Of Duquesne

Under the covers with the Dukes.

Share All sharing options for: Sleeping With The Enemy: The Dukes Of Duquesne

We didn't have much time to recover from our riveting "no contest" with the Florida Gators, but nonetheless we're right back at it here on this glorious Sunday. As always we here at THE GLOBAL PHENOMENON are bringing you everything you need to know about Georgetown's next opponent, and special thanks to Steve Uhlmann (@suhlmann12) for providing insight into all things Duquesne Dukes. Steve, this bud's for you. Here we go.

This is Duquesne's first season under coach Jim Ferry. What were your thoughts when Ferry was hired to replace long time head coach Ron Everhart?

I honestly thought it was a good move. Everhart took the program from nothing (3-26 in 2005-2006) and brought it back to respectability. Unfortunately, he could never get them to take the next step and a change was necessary. Ferry brings a good track record to the table, NCAA Tourney experience at Long Island and plenty of connections to New York City for recruiting. Didn't take much to sell the move to me.

Who is Duquesne? Any good story behind the school's name? 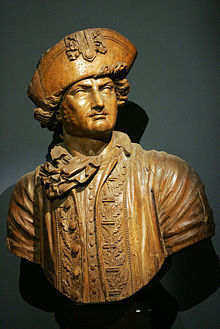 Before it was settled, Pittsburgh was a huge battleground during the French and Indian War. The Allegheny and Monongahela rivers meet with the Ohio, which then runs to the Mississippi. The British set up camp at Fort Pitt and the French at Fort Duquesne. Governor Duquesne brought Catholicism into the region to the natives while they were stationed there, hence why the priests that started the school named it after him.

No matter who was going to coach this team in 2012-2013, it was going to be a rough season. Losing guys such as T.J. McConnell and Mike Talley to transfers has seriously hurt this team's immediate depth. I honestly can't see them finishing better than 12th in the conference, especially after the additions of teams such as Butler and VCU.
I honestly don't know if the Dukes will ever be a threat to win the A-10 especially with all the recent changes. Being a small school that plays second-fiddle in Pittsburgh, it isn't easy to keep up with the Daytons, Xaviers and Butlers that they face on a yearly basis. The elephant in the room is the fact they haven't played in the NCAA Tournament since 1977, and I don't think it is going away anytime soon.

If I'm a recruit considering Duquesne, sell me on why I should attend the school and play hoops there?

Duquesne's location is very unique. The campus isn't very urban, but walk a few blocks off campus and you are in thriving Downtown Pittsburg. The school has been growing at a great rate and doesn't feel as "small-time" as it used to, and they are making great strides to upgrade athletic facilities. The team has it's own locker room at the 19,000 seat CONSOL Energy Center which is just a block off campus and the team plays bigger games there.
Best of all, you don't have to worry having a bad game at home since no one attends them anyway.

Who are the Dukes that Georgetown needs to be worried about. Best scorers? Rebounders?

I would say that guard/forward Sean Johnson would be the only guy that would really have a chance of taking over and giving the Hoyas a scare. He averaged 13.5 points per game in a breakout campaign last year. He is a great "slasher" and gets most of his points beating his man on a drive to the hoop. Sophomore PG Marvin Binney has been impressive during the exhibition games and could catch the Hoyas off guard as well.

As it has been the last decade, the forward position is a glaring weakness. Andre Marhold (5.1 ppg, 4.0 rbg) and Mamadou Datt (2.1, 2.2) will be the ones starting down low, and neither really took advantage of their playing opportunities last year. Both have athletic, 6-foot-7 builds, but lack the strength and skill to be able to carry the load down low. Teams from conferences such as the Big East have feasted on the Dukes' lack of size, and look for Georgetown to do the same.

Appears that you all have a yearly rivalry game with Pitt. How big a deal is that in the city? Assuming it's not quite Big 5 level but is there actual bad blood?

Until Duquesne fell off of a cliff over the last three decades, the City Game was as good as any rivalry in the country. Back in the 60's and 70's, high school basketball in Pittsburgh was huge, and the biggest recruits would stay to attend Duquesne or Pitt. With those rivalries from high school spilling over into the college ranks, you saw some pretty intense games. With Duquesne's recent reemergence from basketball purgatory, the game has become more popular, but the fact that Pitt has won something like 27 of the last 30 games, it's really hard for either side to get excited.

If I have one night in Pittsburgh, where am I going for food and where am I partying?

FUCK AND YES. via unbreaded.com

A visit to a Primati Bros. in the Strip District or Market Square is a must. The sandwiches, piled high with meat, cheese, french fries and cole slaw are one-of-a-kind and delicious. As for nightlife, a trip across the Mon to the South Side would be your best bet. The place has exploded the past decade into a nice destination for bar hopping. It's very popular with the under-30 crowd and a regular destination of Pitt and Duquesne students.

Do you own a Terrible Towel?

Yes, although it is a souvenir one from the Winter Classic at Heinz Field. I guess that counts.

What are your thoughts on Temple leaving the A-10 for the Big East?

I honestly don't blame them, since the money in college sports is in football. I really doubt fans will miss them much since they now have Butler and VCU to worry about but losing a big team in the Philly market may be rough on TV numbers.

Given G'Towns size advantage and the fact that this game is early in the season, I'd be shocked if the Hoyas won by less than 15. 79-61 G'Town.