The Casual Awards: Ship Of Fools

Share All sharing options for: The Casual Awards: Ship Of Fools

A mixed bag of emotion as we unveil the first Casual Awards of the season after a "no contest" because as we all know WE PLAY TO WIN THE GAME. On one hand the pageantry of the inaugural Navy/Marine Corp Classic was off the charts and it was really awesome to see Georgetown playing in it. On the other hand, calling off a game at the half because there's water on the court blows goats. As always we're handing out hardware to those most deserving, so let's get right to it.

The Chris Wright Heart of a Champion Award:
Nate Lubick. Lubick scored Georgetown's first basket of the season on a three and connected for the first 7 points of the game for the Hoyas. Lubick was active on both ends of the court and played one of his best halves as a Hoya, doing work down low and on the perimeter. Of course I would have loved to see what he could do in the second half but that never happened, so whatever.

Charles Smith Award:
Mikael Hopkins played a just OK first half, missing a few bunnies from close range but playing decent defense against Florida's beastly Patric Young. There was one possession when I believe Georgetown was down just one after a nice run where Hopkins found himself under the basket with the ball in his hands and was stripped like 9 times, reminding this heartbroken and pathetic Knicks fan of the great Charles Smith effort in the 1993 Eastern Conference Finals:

Stacey King Award for Gaining So Much Weight He Must Have Eaten B.J. Armstrong Award:
Stacey King.

Communist Fucking China Award For Not Allowing Freedom of Viewing Choice:
Barclays Center. One intrepid Casualty (SHIP REFERENCE!) decided to go see Kentucky play Maryland at the shiny new Barclays Center hoping he could watch the Hoyas from a casual TV in a suite. However, apparently just ONE PERSON IN THE ENTIRE BUILDING HAS THE REMOTE TO CHANGE CHANNELS IN EVERY BAR IN THE ARENA and this was more difficult to accomplish. Nice view of Nerlens Noel, at least. 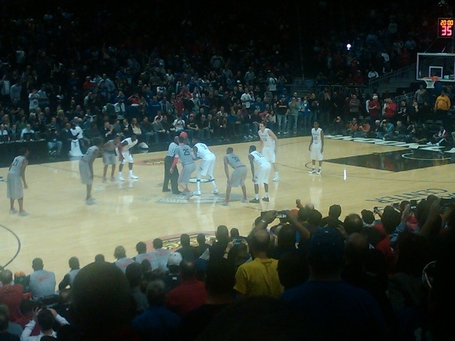 Blair Witch Project Award:
NBC Sports. What the hell were they thinking with those camera angles? First they were low so the players looked like giants and the court appeared small, then they used the atrocious camera from above the backboard which made me so dizzy I spilled my casual Miller Lite on my shirt, and then to top it off they blew at least two Hoyas possessions while deploying what appeared to be some sort of drone cam so that the players looked like ants. ANTS DAMMIT, ANTS. I get that NBC Sports wanted to show off all of its toys, but come on. These camera angles were so bad that they may have given ESPN more leverage in the Big East TV contract negotiations.

Tim Gunn Award:
Georgetown's camo uniforms looked good and came across well on television. Hoya haute couture, indeed. On the other hand the Gators' camo get-up didn't look all that much different from their usual awful neon orange uniforms except these looked like they were randomly stained with excrement.

Bounty Award:
IF YOU KNEW THE COURT COULD GET WET WHY DID YOU NOT HAVE SUPER-POWERED MILITARY MOPS? Nothing was more pathetic than watching little Susie take her paper towels and wash cloths to try to mop up the wet spots. Gimme a fucking break.

This Guy Is The Father Of Peyton and Eli Manning Award:
Archie Manning, whose Manning's was the location of the New Orleans GameWatch: 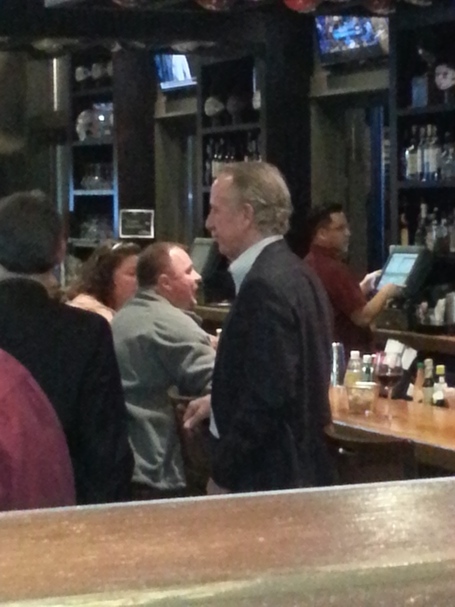 Cinemax Late Night Sweet Stroke Award:
D'Vauntes Smith-Rivera. DSR and Jabril Trawick were the first off the bench for the Hoyas and DSR looked pretty good, hoisting two three point attempts, connecting on one with the other just missing. The Austin Freeman comparisons appear accurate after this small sample size.

Lord Voldemort Award:
Markel Starks did a decent enough job of steering the Hoyas offense, but I expected more from him offensively than what I saw. Again, it was just 20 minutes and he did have a few hustle plays on defense, but Starks really needs to elevate his game for the Hoyas this year. Runner-up here is Greg Whittington, who was nearly invisible.
Thank God We Have Otto Porter Award:
Otto Porter. Man, it's really nice to have Otto Porter. There's just a confidence I have when he has the ball that he's going to take a good shot or make the right decision with it that's rare to see in a player, especially a sophomore. Whether on the wing or underneath the basket, Porter showed in just the first half why he's already considered to be a lottery pick in the NBA Draft. 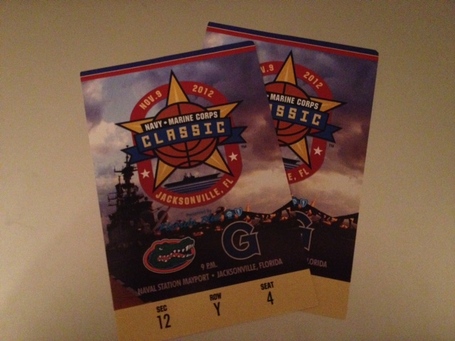 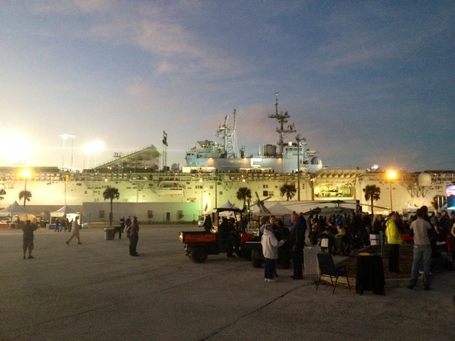 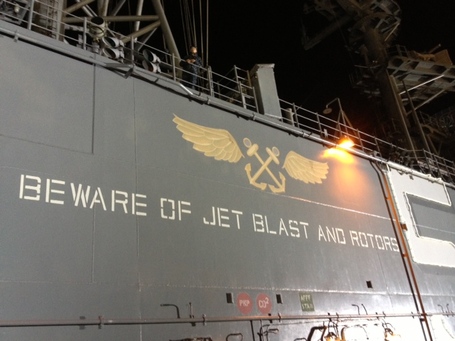 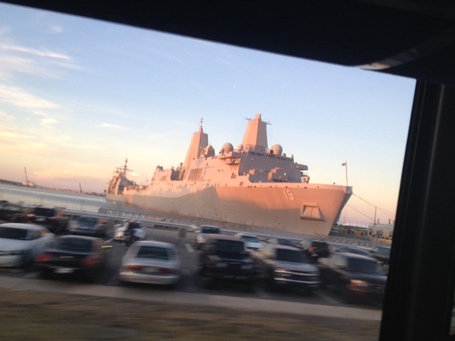 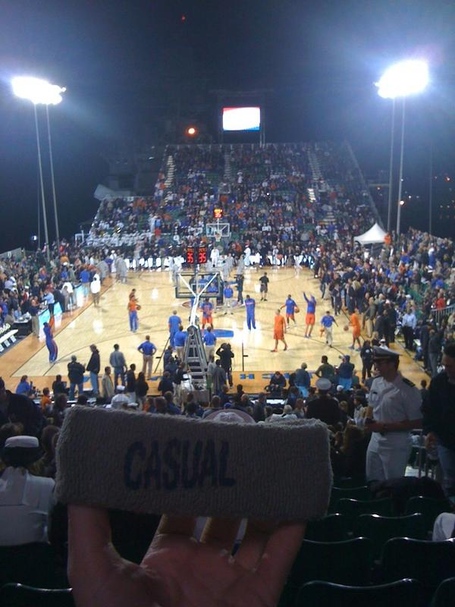 The Jim Nantz Award for In-Game Commentary:
Here are a few nuggets from the Casual Gamethread:

Another season of Georgetown Basketball

Another season of heavy drinking.

I’m sure no one noticed, but I’m back after God knows how long, and I’m happy to announce that I’m now commenting as a student at the University. Unfortunately, the atmosphere on campus is markedly flat, as no one seems to have NBCSN on their cable packages. Hoya Blue is holding a game watch but not too many students are aware of it and most students are scrambling to find out where to watch the game. It’s a shame the university hasn’t made a better effort to facilitate school spirit and excitement by keeping the general student body more informed on the basketball team. Any student who wants details about the team, games, uniforms, etc. are forced to looked towards Twitter as their outlet. Looks like people are just going to resort to trying to get into Rhino, Thirds, Mason Inn and all the other local bars to watch the game with fellow Hoyas. Hoya Saxa.

For every Gerry McNamara, there are three Eric Devendorfs.

NBCSN's answer to Ryan Seacrest over there

needs sit the hell up and take his elbow off the desk. Is he tired or something? lubick perfect from 3 on the season.....WE'RE GONNa WIN EVERY GaME!!!!

Thank you for your service, men 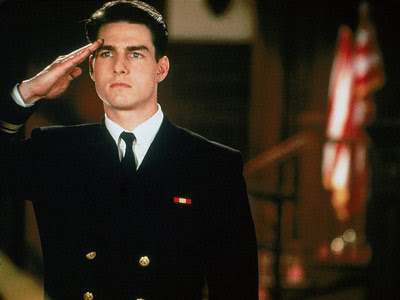 He may be struggling to get off good shots, but I really like the aggressiveness Hopkins is playing with so far. It's a good sign for the season.

Why are none of our guys Patric Young-jacked?

How many games do you hoyas need to see and not be so BLIND??? Starks is NOT a BE PG AND Hopkins is 30 pounds and a HEART away from a center. Start DSR and bring in Trawick and get the other frosh inthere or WE ARE DEAD! Starks belongs a Catholic Univ or Gallaudat. We need toughness.

Is this camera angle shot from an F-15? My god.

Navy seamen are expert cleaners, where are the white mops???

let’s do this off the Qatari coast. Much drier air, and a "home" game for GU.

After that last, unholy row,
I never, ever play, basketball now.
It joins a list of things I'll miss like fencing foils and lovely girls I'll never kiss.

If anybody slipped and fell overboard, Kate Upton could have saved them. Clearly they needed a lifeguard on deck.