The Casual Awards: What a Pit(t)y

Share All sharing options for: The Casual Awards: What a Pit(t)y

The Hoyas dropped a squeaker to Big East bottom feeder Pitt on Saturday, but before we kiss the top ten goodbye this afternoon and begin to focus on UConn on Wednesday, we here at THE GLOBAL PHENOMENON are handing out hardware to those most deserving. Away we go...

The Chris Wright Heart of a Champion Award:
Otto Porter. Porter led the Hoyas with 14 points and 6 rebounds in 30 minutes, and for long stretches of the game was the only guy doing anything productive on the court for the Hoyas. Honorable mention: Henry Sims. Sims rebounded from an awful first half to assert himself with authority in the second, finishing with 10 points, 4 rebounds and a team high 5 assists. Still need to see more complete games out of Henry, who continues to maddeningly miss an awful lot of attempts from within two feet.

Bench the Starters Award:
In the first half, Georgetown's starters shot a combined 2 for 13 to go along with 6 turnovers and 5 rebounds. This, after a week layoff coming off a horrible performance against Rutgers. This is not good. This is very bad. This is a problem. This isn't funny.

Too Hot to Date Award:
The Top Ten. Sure, we flirt with the top ten, get a couple breaks then take her home for the night, but the top 10 is just out of our league. The defense is at times stifling and when one or two of our big scorers get going the offense looks great -- but too often both have major lapses. These Hoyas are not a top 10 team, BUT THAT'S JUST FINE.

The Coaching Move That Needs to Happen Before Delusion Gives Way to Viciously Cynical Ad Hominem Attacks Award:
Otto Porter into the starting line-up. Bringing perhaps your best all-around player of the bench is a great idea when things are sailing along smoothly. However, when your team keeps falling flat on it's face out the gate as you persist in starting the Nate Lubick despite his valiant effort to set the NCAA record for games with consecutive ill-advised missed threes.... Let's not spot the extremely athletic UConn Huskies a 10-point lead before we put in our best line-up.

Bold Idea Award:Forget just benching Lubick in favor of Porter. Bench Markel Starks in favor of Jabril Trawick too. I like the starting five of Clark, Trawick, Porter, Hollis, and Henry. It's the perfect amount of finesse and toughness, and good things / hard fouls just seem to happen with Trawick on the floor. Granted, we'd be risking alienating our two prized recruits from the sophomore class, but something needs to wake this team up as February rolls around.

Bright Side of the Moon Award:
When the shit hit the fan for the Hoyas about 5 minutes into the game, JT3 yanked Sims, Lubick, Hollis and Starks and had Jason Clark on the floor with four freshmen: Otto Porter, Greg Whittington, Jabril Trawick, and Mikael Hopkins. The freshmen helped turn the tide a bit and kept the Hoyas in the game.

Casual Quote Award:
JT3: "Both of those areas (rebounding and defense), we were awful," Georgetown coach John Thompson III said. "They got everything they wanted and when they didn't they got the rebound, and that's the difference."

Fan of the Year Award:JahidiLikesPie. No one, and I mean no one, takes the Hoyas more seriously than Jahidi. I was in close quarters with Captain Fury during Saturday's game, and I can tell you that he is almost Hulk-like in his rage. I fully expected that I'd have to bail him out of jail later in the night for trying to eat someone. Instead, he took a train back to the suburbs and watched a Joe Namath documentary.

"Let Go Let God" Award:
Is anyone still watching Jersey Shore? If you are, you'll know that this award is named after the absolutely absurd chest tattoo that Vinny got while on his weeklong soul-searching mission in Staten Island. Hey Vin-man, you needed to leave the Jersey Shore to spend a week in Staten Island to find yourself? I've been pretty anti-Vinny the whole way through, actually. I think the dude is an over-sensitive ninny when it comes to doing guy things. Would I say that to his face? Absolutely not. Would I party with the guy and fistpump the hell out of that Rihanna "We Found Love" song at the Casual Extravaganza? Absolutely. 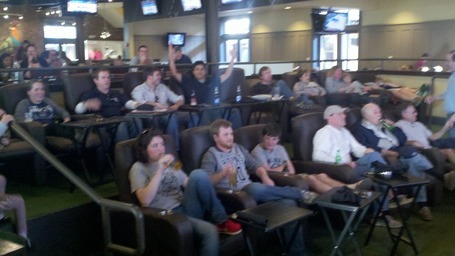 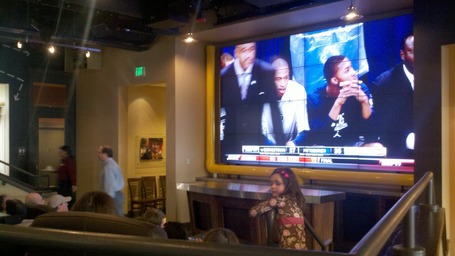 This poor child had to withstand 2 hours of watching the Hoyas lose on a 13 foot TV screen. 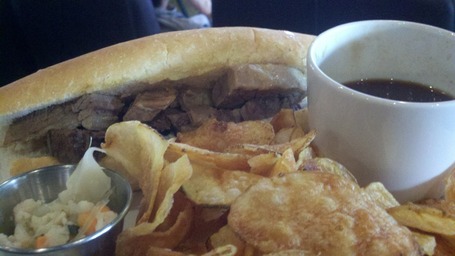 Successful Lobby Award:
Breast Cancer Awareness. Let me preface this by saying that I fully support breast cancer awareness, and after all, who doesn't. But...isn't it a bit odd that the breast cancer awareness movement has convinced the NCAA to allow teams to wear pink sneakers, MLB to allow pink bats, and the NFL to essentially go pink for an entire month during the season, with some teams painting portions of the field pink and players wearing pink things like towels, wristbands, and cleats? I mean, it's casual and all, but it's making the guys promoting Save the Whales or Eat Vegan look really bad.

Backcourts Win Championships Award:
WHAT IN GOD'S NAME HAS HAPPENED TO MARKEL STARKS? That is all. 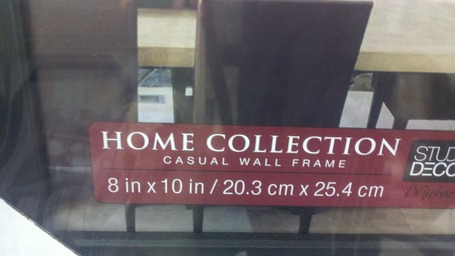 Rotten Tomatoes Award:
Caught 'The Artist' Saturday night and it was the perfect antidote for that Hoyas loss. A really neat, unique, and oddly captivating film that is destined to be rewarded with numerous gold statues the night after the Casual Extravaganza. Having seen 7 of the 9 films nominated for Best Picture thus far (still need Hugo and The Tree of Life), The Artist is certainly in the top third, though still pales in comparison to the movie going experience that was War Horse, which was so moving that it forced me to cry during a film for the first time since Armaggedon.

Schedule Don't Get Easier Award:Georgetown. Don't look now, but we have UConn, a resurgent USF, and Syracuse in the next week and a half. Those three games are coming off of two of the worst JT3 era offensive performances we've seen. Two performances with complete disappearing acts from Markel Starks and Hollis Thompson. Yeah, we could be 6-6 in the Big East real, real soon.

Brandon Bowman Memorial Award:
Hollis Thompson. Hollis was Mr. Invisible the entire game before coming alive with less than three minutes left, scoring 9 of his 11 when the game was well out of reach in an A-Rod performance for the ages. More importantly however, Thompson's final 'meaningless' layup which came with just seconds left provided the final 72-60 margin and pushed the total points scored to 132. The final line on the over/under was 131.

Men's Tennis Award:
Djokovic, Nadal and Federer. So many epic matches over the years.

Otto Porter Award for Filling the Boxscore:
Henry Sims. 10 points, 4 rebounds, 5 assists, and 2 blocks for the man in the middle, who overcame an awful first half to assert himself with authority in the second. Now, if Henry can only put that together for an entire game...

Georgetown Has Another Awesome Team Award: 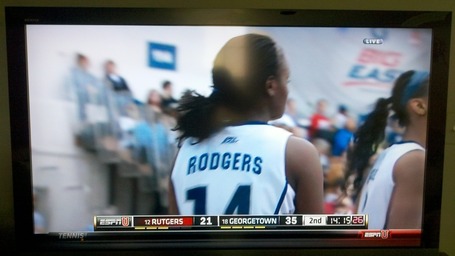 The Georgetown Lady Hoyas. It was quite refreshing to be lounging around on a casual Sunday and happen to find the 19th ranked Lady Hoyas demolishing 12th ranked Rutgers on ESPNU live from McDonough. Sugar Rodgers and the gals play stifling, swarming defense and based on what I saw, have a legit shot of going pretty far come March. Can't we get a DelusionTrain rolling for the ladies?

Reversal of Fortune Award:
Was it me or did Pitt look kind of Georgetown-esque? Seemed like Pitt took the shot clock down to single digits on nearly every possession, and wound up with a good look on a backdoor cut. Of course, that could have been because Georgetown's defense in the first half and during the stretch in the 2nd after cutting the lead to 6 was especially horrendous, but hey, it's just an observation.

When the Going Gets Tough Award:
The teams that always give the Hoyas the most problems are the ones that play scrappy, hard-nosed Big East hoops. Should just go ahead and pencil in losses to West Virginia, Cincy, and Pitt every year, or at least until the Hoyas roster is 12-deep with players who have Jabril Trawick's heart and toughness.

Syracuse's submission for ugliest fans in the country

So much for a quick start.

of the pittsburgh skyline

"These dudes are good" - Hoya2Pacer on this years team

Seriously though, are there any repercussions if we change shoes at halftime?

somebody please explain to them

I think I'd rather watch Kourtney and Kim take New York

I hope they are changing shoes at halftime

To the pro-cancer shoes.

was in my bro’s (the dick from above comments) class in 2nd grade, used to go behind people using the urinal, and poke them in the kidney as they peed.

Gratuitous Pic of Stacy Keibler That Offers a Glimpse As To What George Clooney Sees in Her Award:
Indeed.