The Casual Awards: The Best Awards All Year

Share All sharing options for: The Casual Awards: The Best Awards All Year

The Georgetown Hoyas avoided a New Year's Eve disaster by defeating the Providence Friars on Saturday, and as usual we here at THE GLOBAL PHENOMENON are handing out hardware to those most deserving. 2012 is like, totally going to be the best year evahr. Away we go...

The Chris Wright Heart of a Champion Award:
Jason Clark. Clark wasn't exactly en fuego against the Friars, but he led the Hoyas with 16 points on 6-12 shooting from the field. Clark also added 8 rebounds and 3 steals in a solid defensive effort, and his fastbreak layup off a steal in the final minutes put the game out of reach.

Not So Fast Award:
Hollis Thompson. Hollis tested the NBA draft waters last summer and will probably leave Georgetown after this season with the hope of being drafted. Doubtful that the Providence game is going to be part of his writing sample, however. Hollis had just 4 points on 2-9 shooting from the field including 0-3 from three. One of those three point attempts was a wide open attempt that could have pushed the Hoyas to a comfortable margin down the stretch that barely drew rim.

Silver Lining Award:
The game was ugly, no diggity, but this was precisely the type of game that Hoyas teams in the recent past may have lost. With basically everyone on the team struggling to make baskets, the Hoyas turned up the heat on the defensive end and made it nearly impossible for the Friars to score. It's an encouraging sign that the Hoyas could pull out a Conference win with nothing going right, so best to take the W and move on.

Lord Voldemort Award:
Yikes. This game was U-G-L-Y. A letdown after Louisville was to be expected, and it's tough to get up for a game against a Big East doormat on New Year's Eve day when all the students are on break, but excuses aside the offense wasn't crisp and the Hoyas looked shitty. When Georgetown played Louisville most pundits thought the Cardinals were overrated and not worthy of being in the top 10, so it will be interesting to see how the newly minted top 10 Hoyas show up for Marquette.

Christmas Break Award:
Why not use take a luxurious trip to scenic Marco Island, Florida to watch the Hoyas nearly ruin the season against Providence! 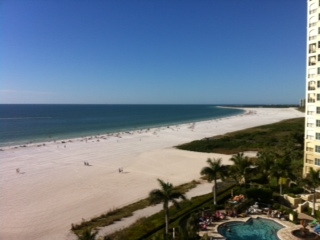 Otto Porter Award for Filling the Boxscore:
Henry Sims. Sims was a woeful 2-13 from the floor, but he managed 11 points, 7 rebounds, 4 blocks, 3 assists and got to the free throw line for 9 attempts. A number of Henry's 11 misses were bunnies from close, and while the number of misses from point blank range are becoming annoying, if just a few more actually go in this game probably isn't as close as it was.

DUNK THE BALL DAMMIT Award:
Georgetown Hoyas. Someone somewhere noted that the Georgetown Hoyas probably lead the nation in dunks against to dunks for ratio in the past few years, and though I'm way too lazy to even bother verifying that, it is definitely true. Who was the last 'above the rim' player the Hoyas had? Victor Page?

Smart Money Bet of the Game Award:
Teasing the Hoyas to +5 and parlaying that with an adjusted under of 90. Incidentally, the combined scoring total of 89 points came close to the Big East record for fewest combined points, which is 85, set by Providence and Boston College in 2000. It is the 7th time under John Thompson III the Hoyas have scored fewer than 50, and it was gross.

Salvage Your Dignity Award:
The Georgetown promotions team is rapidly turning the casual gatling gun into a national joke. If anyone knows who this kid was operating the t-shirt gun in this one, please have him contact THE GLOBAL PHENOMENON as we want to have a little sitdown session. 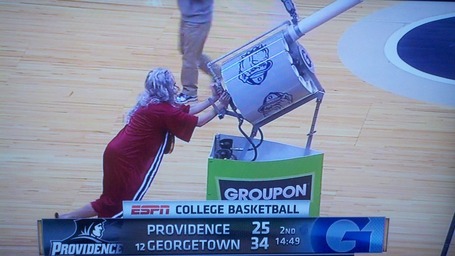 Dickie V Award:
Usually I like Doris Burke and think she's kind of like the female version of Jay Bilas. But Doris might have had a little too much eggnog over the holidays because she was a tad off in this one. At one point after a Hollis Thompson post move which she rightly called a "pro move", she then compared Hollis to...Dirk Nowitzki. When I see those Hollis post moves the image of a seven foot German definitely comes to mind.

The @GlideHoyas Tweet of the Game Award:
Our man Glide is a twitter maven, pumping out over 37,000 tweets during his storied career as Georgetown's #1 fan. Going forward, we're honoring Glide by publishing the most casual tweet to @casualhoya during the game.

@CasualHoya chris w heart of a champion award must go to Jeff G for showing up twitpic.com/81dbc5 so close to surgery

Fan of the Game Award:
According to CBS Sports, after a moment of silence for former Big East commissioner Dave Gavitt, a fan in the upper deck of the Verizon Center yelled "Syracuse sucks!" loud enough to be heard throughout the building, which drew laughs from many in attendance. 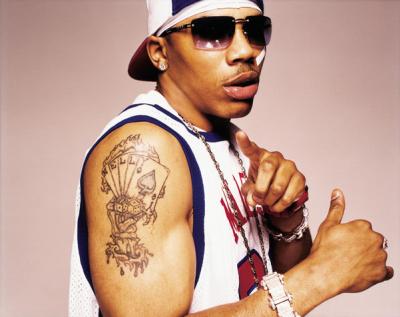 From the Lou and he's proud. via www.picgifs.com

Is there any question that Otto Porter is Missouri's best export since Nelly? 15 rebounds and the deciding play with an and-one? It's pretty simple - good things happen when Otto is on the floor. He does need a better nickname though - Otto-matic is a bit too simple.

Ted Leonsis Award for Getting Things Done:
NOT Mark Sanchez. Wow, what a horrible performance turned in by the precious New York Jets Sanchize. 3 picks against the lowly Dolphins in a must-win game? Hooray! Honorable mention - NOT the Detroit Lions. Playing your starters in a game you want to win and giving up nearly 50 points to Matt Flynn and the Packers B Team in a loss? Congrats! Next up is a date with the Saints in New Orleans. Good luck.

Supercuts Award:
Listen, I'm not about to poke fun at Providence coach Ed Cooley for the skin disease that has caused that unfortunate scalp issue, but come on. COME ON. 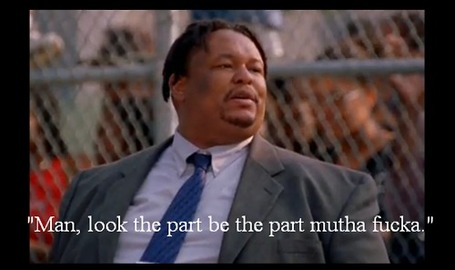 Maybe lubick could you some Enzyte for natural enhancement and more confidence.

by RileysDressLikeAHoyaJersey on Dec 31, 2011 2:12 PM EST via mobile reply actions

The best. Tall boy stella cans are the best.

They even have the beer guy in the stands today.

Either something's wrong with my TV

or this game is in slow motion

This game is a preview of tomorrow mornings hangover

by RileysDressLikeAHoyaJersey on Dec 31, 2011 2:52 PM EST via mobile reply actions

Why was a cross-dresser operating the gatling gun?

this team does not do well

when they don’t score points

This game is a flaming bag of shit on JTIII's doorstep

Does he water it down by going inside to no-dunk Hank? Or step on it with contested 35 footers by Jason?

christ on a cracker

Anyone wanna buy my ticket to New Orleans?

only horse tranquilizers could calm me down

sanityonleave offered to have porter's babies

impressive commitment, as that will require a sex-change operation

He finally did something to deserve this.... Clark Kent

This game was so bad