Share All sharing options for: The Casual Awards: Starting A New Winning Streak

Yup, we're working our way back to glory. Your Georgetown Hoyas got a big W yesterday in New York City yesterday. Now the Hoyas are in Chicago, hopefully taking care of Depaul on Tuesday night and maybe enjoying a nice deep dish pie in the intermediate. But before we focus on our Midwest opponents, we would be foolish not to honor yesterday's performance. As always, here's some hardware for those most deserving.

The Chris Wright Heart of a Champion Award:Jason Clark. 15 points, 8 rebounds, and 8 assists by our senior captain in a game we badly needed. Special shoutout to Clark because it is his birthday today, and we hope it is a good one. Honorable mention goes to Hollis Thompson, who dropped 20 points in the second half yesterday. 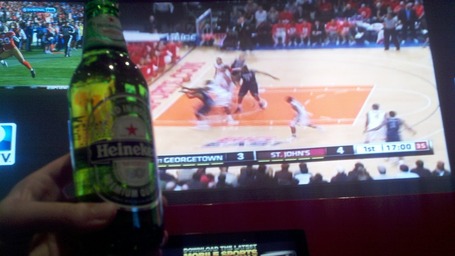 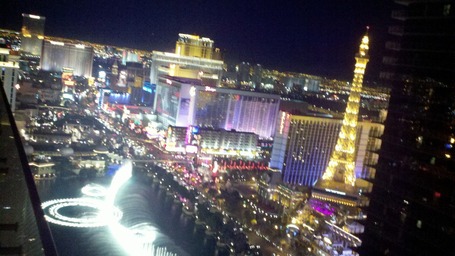 Casual Game to Play in Vegas While Watching Georgetown - St. John's Game:
Pro or No. If you have been to Vegas and know the kind of crowd that hangs out at hotel lobby bars in the wee hours then you know what I'm talking about.
Best In Game Documentation Of All Time Award: 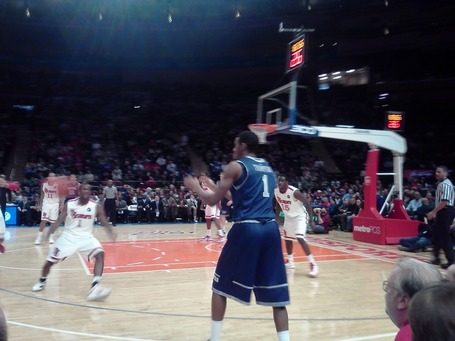 Undisputed Order of Best to Worst Seasons of The Wire Award:
4, 3, 1, 2, 5. Also, it was neat seeing a post-Wire Stringer beat McNulty to win that Golden Globe last night. Let's say we had a Best Actor Category for The Wire and the following are nominated for Best Actor: McNulty, Lester, Omar, Stringer, Marlo. Who wins? I wish I had more time to expand on this because I think we could come up with an entire Awards post worth of this stuff. Sheeeeeeet, maybe I will.
Best Office Decoration Award: 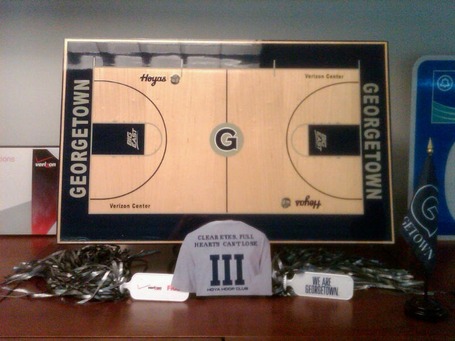 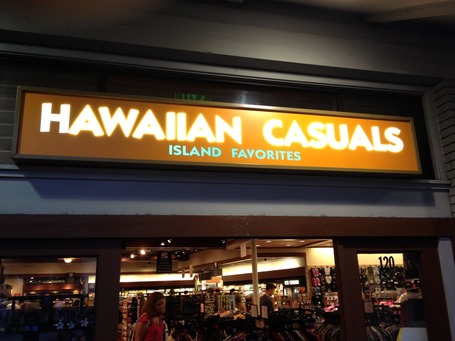 This is one of those low probability high risk games

Noon games the most difficult

Hard to decide which beer to pair with which cereal.

A mere five years ago, "God’s Gift" was merely a tattoo on Marc Egerson’s neck. Now he is a starting forward for St. John’s. Kids grow up fast these days.

wish tcu would hang around for 1 season

I bet Cahill pays for sex

At least twice a month. In Radisson hotels.

With all this length... you'd think we could PENETRATE!

I had forgotten how ugly

A friend and fellow Hoya

expressed his first-ever interest in basketball on the day of WVU, and then attended Cincy with me.

I thought about forbidding him to ever watch again, but then decided the only safe place for a jinx like that is the bottom of the Potomac. RIP buddy, had to be done.

these 9-year olds on the Big East commercial