Share All sharing options for: The Casual Awards: Delusion Derailed

Blech. Your Georgetown Hoyas dropped a doozy last night to the Cincinnati Bearcats, the second straight loss for the boys in blue and gray after catapulting into the top ten. Hopefully the Hoyas can use this week to focus on fundamentals and regroup, because suddenly a lot of the goodwill that the team had stored up during its fantastic start has been leaking from the Delusion Train as it chugs towards Madison Square Garden for a showdown with St. John's. As always, here's some hardware for those most deserving.

The Chris Wright Heart of a Champion Award:
Nate Lubick. Hollis Thompson paced the Hoyas with 14 points, but Lubick turned in arguably his most impressive game against a Big East opponent with 8 points, 8 rebounds and 3 assists in 23 minutes. Tough to find much good in that fiesta du crap last night, but Lubick's play was certainly a bright spot and something that he'll need to continue going forward.

The Dennis Green Memorial They Are Who We Thought They Were Award:
Before we begin to panic and start showering in kerosene, lest we forget that these Hoyas were picked to finish 10th in the Big East and have been outkicking its coverage all season. The Hoyas team you saw against WVU and again last night is going to be the team that you will see for the next couple of months, so get used to these types of games that will have both majestic peaks of brilliance and frightening valleys of ass.

Magic Johnson Award:
For you yungin's out there, before Magic became that guy with HIV, he was one of the greatest basketball players ever and was especially proficient at making incredible passes. Last night, Nate Lubick pulled of this behind the back special, which thanks to hoyasaxual you all now have in gif glory for eternity:

Click to view in all its glory. Nice pass, too bad we lost.

I Can't Stay Mad at You Award:
Otto Porter. You missed the front end of a crucial one and one, rimmed out a layup and then brutally stepped out of bounds with 7 seconds left to end the game/ our chance for a final shot to tie win...but I can't even muster an ounce of the outrage I felt after a hoard of Benimonster turnovers. Otto is still the shining example of what makes our program great - precision, hard work, skillsets, and still I'd be comfortable with him at the line in any game -- and don't for a second question that he should be in there in the closing minutes. Now don't you go breaking my heart.

Killing Me Softly Award:
Henry Sims. Big Hank has been a revelation this year. His passing skills are sublime, and he is a legitimate force on both ends of the floor. The most delusional projection for him in his senior year has been greatly exceeded. Yet, his turnovers are becoming a major issue. In the last 6 games, he has averaged 4 turnovers a game. Even more disconcerting is when the turnovers occur, particularly last night. Come on big fella.

You Suck Comcast Award:
Comcast. OK, ESPNU comes in on the TV my mother's basement but not on my mom's TV upstairs. Fine. That makes perfect sense. I guess I'm running some kind of $2/month sports package scam on you guys. But then you douchebags won't stream the game on ESPN3 on my hispter iPad even though YOU ASSHATS AT COMCAST ARE SPONSORING THE WEBSITE? Let the word go forth from this time and place: I am canceling my cable. As soon as I figure out how to watch sports without it. It's going to be difficult. BUT THE DAYS ARE NUMBERED. DO YOU HEAR ME COMCAST? YOU ARE DIAL UP INTERNET! YOU ARE TOAST!

Better Than Comcast Award:
ESPN. The all new ESPN gamecast graphics, at least as viewed on an iPad, are tremendously casual. Hello ESPN: I WILL PAY YOU MONEY FOR THIS PRODUCT. In fact, I will pay you, say, half of the money I currently pay Comcast for Bravo and Lifetime and other douche canoe channels. BREAK THE CABLE MONOPOLY! I JUST WANT TO WATCH SPORTS. AND TEBOW!!! NON STOP TEBOW!!!!!!

Welcome Back Cotter Award:
Nate Lubick. Good to have Thundersnow back. Lubick was all over the floor last night, scoring on putbacks, taking charges, dishing SWEET behind the back passes, and cleaning up boards. His on floor chemistry with Otto Porter is something to look forward to for the next two and a half years.

Captain Obvious Award:
John Thompson III. So Cincinnati plays four guards, none of whom are particularly good shooters and thrive on penetration. Georgetown has a ton of length, particularly at the swing positions. Otto Porter kept getting torched having to guard a smaller, quicker guard. What is that defense, the one that Syracuse plays, that could probably be a good counter to Cincinnati? The name is escaping me. Oh, I know, A GODDAMNED ZONE.

Groundhog Day Award:
The Georgetown storyline. I know there will be a slew of articles coming out this week asking if this is "the same old Georgetown team" of the past few years. I hate the thought of those articles way more than I actually hate last night's loss. This team has done so many good things already this season, and will absolutely bounce back from this two game losing streak. But having to read about what people perceive as another "typical Georgetown year" is infuriating.

Bob Huggins Coaching Tree Award:
Bob Huggins and Mick Cronin. Maybe JT3 just has a problem with ol' Huggy Bear's coaching tree and the rest of the season will be gravy until we face Kansas State in the second round of the NCAA Tournament.

Win One for The Gipper Award:
Georgetown. Last year, Cincy's Cashmere Wright fell on Chris Wright, breaking his hand and effectively ending Georgetown's season. The Hoyas never won again after Wright's injury. This year, we have one shot to play Cincinnati and avenge Wright's injury. How do we respond? By turning the ball over 17 times in a loss. Not exactly the right way to avenge a former POINT GUARD's injury.

The One That Got Away Award:
Everyone loves newly single Katy Perry's tune, but this game was one Georgetown should have had. To shoot 60% from the field while holding the Bearcats to 46% and lose is a bad thing. Turnovers, turnovers, turnovers. Also, I thought Russell Brand was hilarious in Get Him to the Greek.

The Next Game Matters Award:
Saturday Sunday. Forget these two losses, one was a tough road game, the other was a fluky defeat. These things happen over the course of a 30+ game season. Now Georgetown has 5 days to regroup and solidify some issues, namely ball security, free throw shooting, and defense. With a win on Saturday Sunday at Madison Square Garden, all will be right again and the Hoyas will be sitting pretty at 4-2 in the conference with Depaul, Rutgers, and Pitt upcoming.

Dickie V Award:
ESPNU once again managed to pull out a couple D List announcers for this epic battle, and though I was once again forced to watch the game on mute as a result, I did manage to catch the news that Georgetown's three at the end of the first half was banked in by super secret Hoya Holland Thompson. 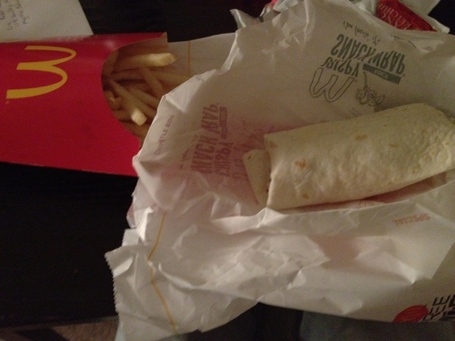 Old Balls Award:
Blue Ivy Carter. Listen, I'm all for funky baby names but this shit has gone too far. If the kid were a boy I could maybe get it for the whole "You're my boy, Blue" opportunity, but I have a feeling that Jigga and Beyonce chose the name "Blue" so they could affectionately call her "B" in songs they are going to write about her, which sucks to the high heavens. Also, hopefully B got all of Beyonce's genes because Jay Z is not a good-looking dude.

Tim Gunn Award:
It never ceases to amaze me how many different fashion looks the other Big East coaches bring to the table. Last night we were treated by Mick Cronin to the black tie on black shirt look, which I have to say I've never seen work with any chicks in any bar. Thank goodness we have JT3 and his terrific selection of finely tailored suits. If you think about it, JT3 is right up there with Villanova's Jay Wright in setting the Big East fashion standard.

No More Excuses Award:
Georgetown students. Your three month winter hiatus is officially over. It is time to support this team by showing up in droves for EVERY. SINGLE. GAME. from here on out. This team has exceeded every expectation this season, and has seen very little support from its peers. In addition, it is unclear to me what people in Washington, DC do for sporting events. The Wizards are the worst team in the NBA, hockey is a Canadian sport, and the Redskins completed another horrific year. There is only one game in town right now, and it's the fighting Georgetown Hoyas. Start showing up.

Jim Nantz Award for In-Game Commentary:
A few golden nuggets from the Casual Gamethread of destiny:

Probably because I wasn't able to watch the WVU debacle:

- Otto hits at least one three pointer and grabs 10+ rebounds
- Markel breaks out of his funk, makes 50% of his threes, and plays tough defense
- Nate and Mikael combine for 6+ offensive boards and get Gates in early foul trouble
- Jason reverts (in a positive fashion) to his fearless driving and foul-drawing ways
- Hollis hits two key jumpers in second half
- Cinci goes cold from three in second half
- Hoyas obtain first double-digit victory in Big East play 70 – 58

This 9 p.m. start is rough. Working late solely because it makes no sense to head home when Verizon is walking distance.

Syracuse boards keep mentioning how their OOC will improve in future years because of playing us. I hope this is just their own fantasy.

who got out of crim pro 45 mins early on the first day?

Thanks ACC, for taking out the traSh

Any other Irish-Americans offended by this guy’s name?

BLOW MORE WIDE OPEN SHOTS THAN ANY TEAM IN THE COUNTRY

I would not want to be sucker punched by him

Aka…..the A-team. Surprised we could get them during spelunking season.

there I said it

I’d be zoning the hell out of this team

"Basketball fights last two punches. Make sure you throw both of them." - John Thompson Jr.
Repping the SB Nation Product Team as Product Manager
Like SB Nation on Facebook and follow @SBNation and @SBNProductTeam on Twitter

May be the name of my first child

The more I think about it Kashmir

is a good name.

Cashmere, not so much.

I’d say I missed you, but that’d be a bigger lie than claiming LSU’s offense has been good tonight.

WHERE THE FUCK IS TRAWICK

Live by the Freshmen

Die by the Freshmen. sigh.

In the last four years

We are a combined 1-10 against West Virginia and Cincinnati. I’m going to save my judgment on our team until after the Pitt game (the next four), as follows:

4-0: legitimate Elite 8 team that just cannot beat WVU and Cincy
3-1: NCAA tournament team that has an outside shot at making the second weekend.
2-2: Bubblicious at best. Hello, NIT game at McDonough.
1-3: 08-09 all over again.
0-4: ready to jump off a cliff

Gratuitous Pic of Amber Heard Poolside with Her Arm Over Her Head Award:
Indeed.