It's Official: Syracuse and Pitt Join the ACC. What Are Georgetown's Options?

Share All sharing options for: It's Official: Syracuse and Pitt Join the ACC. What Are Georgetown's Options? 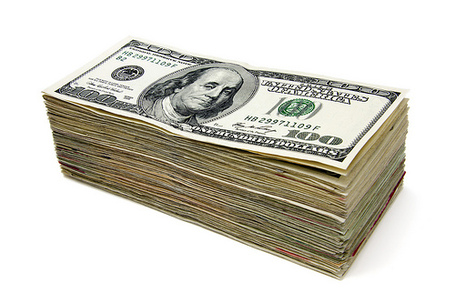 Let me begin by saying that there is no way to understate the enormity of how badly Georgetown will be impacted by Syracuse and Pittsburgh joining the ACC.  If it were a standalone move, the Big East and Georgetown could survive intact, but it seems that the likes of West Virginia, Connecticut and Rutgers will be heading for the exits as well.  The mere fact Big East Commissioner John Marinatto, who was completely and pathetically blindsided by the defections, believes that the conference is "well positioned for the future" is extremely alarming.  The truth is that the Big East is sitting in a very precarious situation and Georgetown has little negotiating power.  The pace of change will only increase following these moves, but below are Georgetown's options - ranging from implausible and desirable to likely and depressing.

Beg the ACC to be added as a non-football playing member
This would be the ideal option.  It would preserve Georgetown's rivalry with Syracuse as well as reestablish the defunct but much desired game with Maryland.  It would secure Georgetown a spot in a steady conference (until the next round of expansion) and make geographic sense - not that that matters anymore.  There is no rule that conferences need to have the same number of football schools as basketball schools.  What about an ACC that has 16 football schools and 24 basketball schools?  The absurdity of a 24 team conference went out the window when the Big East proved that 16 teams worked.  The ACC's steadfast loyalty to true home and home series was waived in favor of 12 teams and football money in 2003.  The ACC could add Connecticut and Rutgers to level its football-playing schools off at 16, then add the 8 remaining non-football playing schools, including Notre Dame, from the Big East.  Makes perfect sense, right?

I hope I am wrong, but I do not see this as a realistic alternative.  In fact, I see the ACC and Commissioner John Swofford tearing in laughter at this proposal.  Why would the ACC do such a thing?  What strategic value does adding non-football playing schools bring?  It already has access to many of the markets the non-football playing schools provide, including DC and New York, and building a 24 team basketball conference will just lead to another round of contraction in the near future.  Maybe adding 8 non-football schools is too much, perhaps just a couple would be more acceptable to the ACC.  Georgetown can make a case it is the cream of the crop given its tradition, location and already established rivalries with the new ACC teams.  It brings a level of academic reputation that might perk the ears of University presidents, especially at Duke and UNC.  This is certainly a possibility but it falls on the back of Georgetown officials, with whom I assign the same level of foresight and strategic planning as Big East Commissioner John Marinatto: NONE

"Raid" the Big 12 and Create an Island of Misfit Toys:
Assuming 3-4 teams leave the Big East, there are still plenty of other schools out there to add.  Iowa State and Baylor have both reportedly expressed interest in joining the Big East.  Memphis and Temple would jump at the opportunity to leave their conferences.  Kansas and Kansas State will be looking for new homes if the Big 12 dissolves.  The Big East could be saved, and remain a superb basketball conference without Syracuse and Pittsburgh.  But wouldn't this just be setting the Big East up for another round of raiding in the near future?  Does Georgetown want to remain in a conference that has no leadership, direction, backbone and most importantly, sureness?  How positive are we that new members of the conference would not just be using the Big East as a launching pad for entry into one of the new super conferences?

Despite the concerns, I think this is the most viable option for Georgetown.  For reasons that will be discussed below, Georgetown will have trouble surviving as a basketball program without big name conference opponents.  Even if the Big East becomes a revolving door for football-playing schools, Georgetown is better served competing with the state schools than it is retreating to a mid major conference.  Increase the buyout fee to $20 million and add, add, add.

Create the "Catholic League":
Saying to hell with football and creating a conference consisting of basketball-only schools has been discussed many times before.  It is a legitimate option; the eight non-basketball playing schools can add a few from the A-10 and create small, fierce, and strategically-aligned conference.

I would be all for this idea if Georgetown played in an 8,000 person on-campus arena.  But it does not.  Nor will it ever.  Georgetown plays in the 7th largest arena in Division I basketball, despite being significantly smaller than its rivals.  Georgetown has a hard enough time filling up the arena on weekdays against Big East teams, imagine what it would be like against Xavier or St. Joes.  This isn't a criticism of the Georgetown fan base, it is a reality Georgetown fans have been forced to accept due to poor planning and foresight by the administration.

The biggest loss will come from TV revenue.  Georgetown vs. Dayton does not have the same allure Georgetown vs. Pittsburgh does.  This is money the school cannot afford to lose, since the basketball program supports the entire athletic department.  Under this scenario there will be major changes at Georgetown, including but not limited to cutting sports teams or finding a new, far-away home for Georgetown basketball.  It is not the death of the program as some may contend.  But it will certainly change the level at which we compete.  My hope is that this is a worst case scenario, occurring only if the Big East folds and no other conference agrees to take on non-football playing schools.

Going Forward:
The worst thing Georgetown can do in this scenario is wait to see what happens.  The winners of conference realignment, as Pittsburgh and Syracuse just demonstrated, are proactive, not reactive.  While Georgetown does not have the bargaining power of the football giants, it should not limit the university from reaching out and shaping its own future, both as a standalone entity and as a group of non-football playing schools.  It is clear that there are no allegiances in this game and bad blood will just be overshadowed by big money.