Share All sharing options for: Hoyas to Take On Shanxi Brave Dragons in Beijing Tomorrow at 7am EST 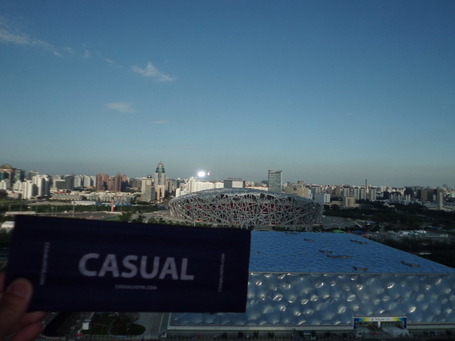 The Hoyas play their first exhibition game of the season tomorrow in Beijing against the vaunted Shanxi Brave Dragons.  The game is really a tune-up for a much more difficult match against the Bayi Rockets on Thursday.  Not much else to report from China, other than Markel Starks having fun with his video camera.

Hopefully Georgetown puts up a better international showing than Villanova has this summer.  The Wildcats have lost to Senegal (twice), The Netherlands, and Georgia (country, not school).  They did, however, defeat Israel by two whole points.  Syracuse was unable to take part in any international travel because they are not allowed to leave the state of New York until January.