This week's entry in the contest that has changed the face of the social media comes to us from the majestic slopes of Mount McKinley in Alaska! Did you know that the first recorded attempt to climb Mount McKinley was by Judge James Wickersham in 1903, via the Peters Glacier and the North Face, now known as the Wickersham Wall? Or that this route has tremendous avalanche danger and was not successfully climbed until 1963? 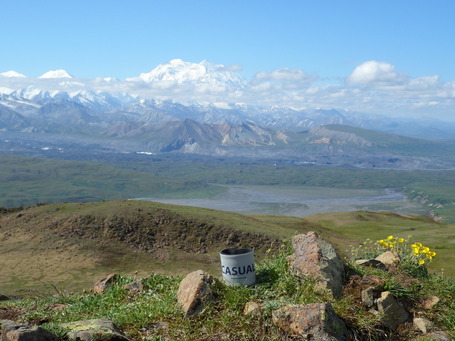 More documentation after The Jump: 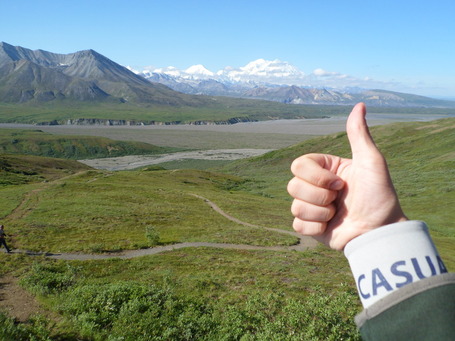 Thumbs up! Thumbs up indeed! 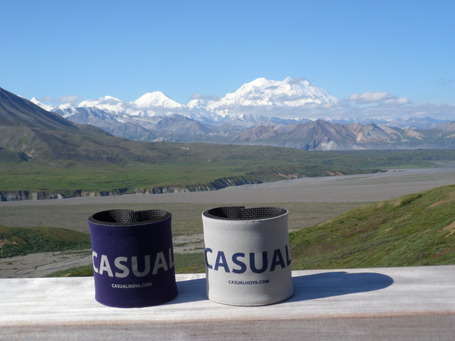 For those that don't have Swag (crushing demand has new stash on back order), you can still enter by simply documenting a printed out front page of THE GLOBAL PHENOMENON. Send the documentation to us at casualhoya@gmail.com and you'll be entered in the Tournament to determine Casual Headbands Supremacy in 2011! And be sure to vote in the Casual Poll below, as the seedings for the Casual Headbands Bracket of Upside will be determined by which entries are certified Casual! 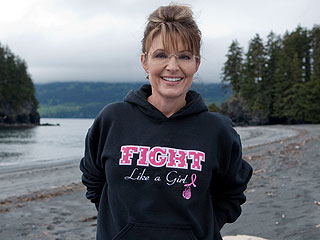 Thanks for visiting! via img2.timeinc.net