Welcome back to another edition of the award winning, hard hitting, Earth shaking, love making, Viagra taking Casual Investigation series!  Today, we're tackling an important question that has been on the minds of the Hoya faithful for quite some time: When is Georgetown's home game against Memphis this season? 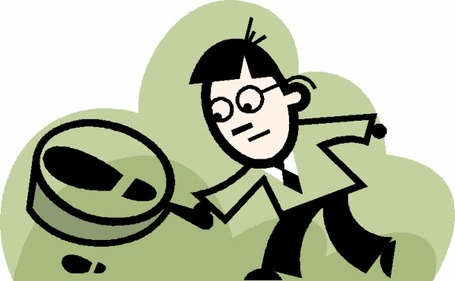 Last year, the Hoyas traveled to Memphis and defeated the Tigers at the FedEx forum on December 23rd, 2010, closing its non-conference schedule on a high note.  This season the Hoyas get to host the Tigers in the second game of the home and home series, even though the two teams might also square off in Maui where they are both part of the 2011 Maui Invitational field.

When's the damn game after The Jump:

Assuming that the two schools are using the same strategy for the battle, i.e have it at the end of the non-conference schedule, I will now use my great powers of deduction to magically unveil the date of the Memphis game this season.

First, let's take a gander at the calendar!  Christmas this year falls on a Sunday, which just might be the worst day possible since you don't get the special NFL games and if your job stinks you might have to show up on Monday. However, because it's a Sunday it means that the coaches and players on the two teams will likely be back on their campuses no later than a day before the holiday so as to catch last minute flights to get home to their families.  SEE HOW FUN THIS IS!  Now, working back in the week, the game could fall anywhere between Monday, December 19th and Friday, December 23rd.

Unlike Georgetown's 2011-12 non conference schedule this season that will be slightly easier as compared to years past, Memphis's schedule is loaded.  The Tigers will be flying all over the country to take on ranked foes, and given that Memphis is in exams from December 9th to December 15th, if the Georgetown game is indeed going to be the final game of its non-conference schedule, my guess it's going to be towards the latter part of that Christmas week.  I am therefore eliminating Monday, December 19th and Tuesday, December 20th, which also happens to be the day exams end at Georgetown.

Now we're looking at Wednesday, December 21st, Thursday, December 22nd, or Friday, December 23rd.  Of those three dates I think Friday, December 23rd is the least possible given that it falls close to the weekend and the schools would probably allow the kids to have an extended weekend break.  WE'RE GETTING CLOSER.  Now we're down to either December 21st or December 22nd, either of which would work but given Georgetown's exam schedule I'm not keen on having the kids prep for potential final exams on the 20th only to turn around and play Memphis the next day in a game that the Hoyas will probably need to win in in order to impress the Selection Committee.  I am therefore eliminating Wednesday, December 21st and we are left with THURSDAY, DECEMBER 22nd as the sole survivor and my Casual guess as to when the date of the Memphis game will be.

Now, will this date be accurate?  WHO KNOWS! But if it is, I'm sure the students are pleased that the lone non-conference "big game" on the schedule will occur during Christmas break, and that if you want to see Georgetown play Syracuse, you'll have to find a way to the Carrier Dome.

This concludes the Casual Investigation.